I have been a massive Bake Off fan for quite a few years now, but I didn’t realise there was a Great Irish Bake Off until I moved back.

As it happens, the Great Irish Bake Off sadly only lasted three seasons from 2013 to 2015.  The show itself drew in over two hundred thousand viewers and by the end of third season, the ratings had increased by twenty five percent. 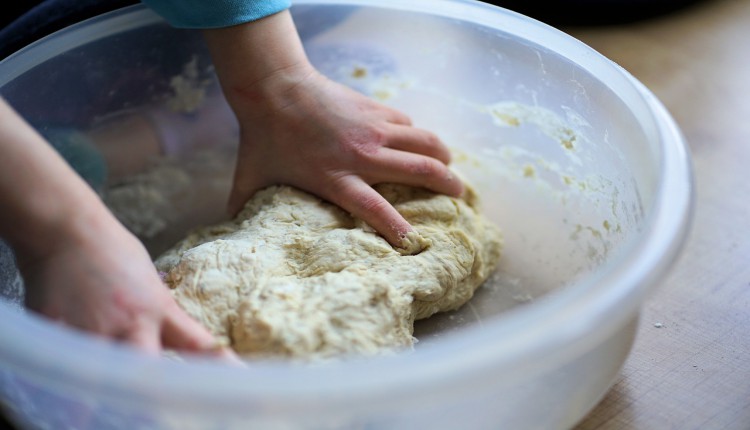 I think we all wonder what happened to the winners; did they go on to fame and fortune as we all hoped? Unfortunately, it appears that the Great Irish Bake Off didn’t launch new superstars in the baking world. But is that relevant? Although there is some disappointment that all the GIBO winners weren’t as successful as Nadiya, there must also be a huge sense of accomplishment and satisfaction in the winning itself.

I had intended to talk to all three winners but unfortunately, I was unable to get in touch with the first or second  winners. Some people just don’t want to be found.

The third season winner was Cathy MacKenna with her showstopper “Harvest Moon wedding cake”. Cathy was easy to connect with and happy to share her Great Irish Bake Off experience with the world. She no longer bakes from a shop or storefront but she absolutely loved the opportunity and would do it again in a heartbeat.

I mentioned to Cathy that I was a huge fan of GIBO and wanted to know more about the behind the scene details.

I heard that the application process for the Great Irish Bake Off is pretty intensive and quite expensive how did that work?

There is a long application to be filled out and submitted online with lots of rule to abide by. If your application is successful, you then move onto a telephone interview with one of the show’s producers. I got the sense the interviewer was mainly trying to suss out whether we were chatty, relaxed and able to respond to questions well on the spot.

The second stage was focused on the baking itself with a formal interview with Paul (one of the judges) and two more producers of the show. The applicants had to bring with them 3 bakes which they felt represented their baking style.

The applicants were then whittled down to a group of 30 or so who were all asked to come to a specialty kitchen. At this point they were asked to do a technical challenge in front of the cameras. It was as close to the show’s technical challenge as it could be with a surprise recipe and ingredients. The bakes were done on camera with the crews and producers roaming the kitchen interviewing everyone. From this point the final group of 12 was chosen to be on the show itself.

Is it true you had to be interviewed by a psychologist?

The Great British Bake Off includes an interview with a psychologist but this didn’t happen for the Irish version of the show. Once the 12 contestants were notified they were on the show filming was scheduled. Filming took place on Mondays, Wednesdays every week with some very early starts and late finishes. Given that each contestant had been practising for days prior to the show and were very often sleep deprived it was sometimes quite a gruelling schedule.

The sideline team were really good at making sure everyone was coping well and enjoying themselves! With GBBO there’s the added pressure of the much higher level of notoriety and interest from those horrendous trashy newspapers, not to mention trolls on Twitter. I imagine a person would need to be well prepared for that.

How often was the filming of the show and what was the process for each bake?

The Great Irish Bake Off shot two episodes a week and each contestant was sent the requirements for each week’s episodes well in advance so they could come up with ideas for the show, test them and then submit the recipes for approval. Once the recipes were approved they would then submit a list of required ingredients that they would need. They were given an idea of what the show would be concentrating on such as “bread week” and along with that what they would be required to make and what the brief outline would be such as a certain amount of layers, how many of each bake featured fillings and things like that.

We filmed Monday, Tuesday and Wednesday for four weeks. Two episodes a week got us to eight in total. This was of course difficult for those who worked Monday to Friday and can add to the expense as time off work is needed but it’s rare to have a TV show filmed at the weekend so it’s part and parcel of the experience. The length of the shoot day varied. Monday and Wed weren’t overly long but Tuesday was a double so it could run pretty late.

We did stay on site, which was such a treat, as Tinakilly house is really beautiful!

I heard it was really expensive to be a contestant is that true?

Each contestant had to purchase their own ingredients for their practice bakes at home and they were not reimbursed for any of their expenses unless it was on the show itself. Baking is not a cheap hobby, the price of butter and other speciality ingredients has sky-rocketed and cake decorating has become rather trendy so equipment prices have gone us as well.

Is the show really is as “nice” as you think it is?

The show overall is a very nice experience. It can be stressful, depending on how much pressure you put on yourself, but the bakers were lovely, the crew were great and we had a good time overall. There are of course things that you don’t see on camera. When you are baking in a tent with no sides in the Irish country side there are bugs and creepy crawlies everywhere! We were at the lovely Tinakilly house which has amazing gardens and therefore has some really amazing insects and I remember finding a giant green grasshopper in a mixing bowl once. Another aspect of working in a tent in late September is how cold it was. Right up until the moment the cameras started shooting we would be huddled around open oven doors trying to warm up. Aside from bugs and cold weather, it’s pretty nice

Does the camera crew and production staff eat all the bakes?

Yes everyone tackles all the bakes afterwards! Picnic loaves went down especially well!

Do they film absolutely everything?

They film a lot and there is a lot of repetition of the same shot from different angles and distances but the same is true of any TV show.

Would you do it again?

I would absolutely love to go back and relive it. Although it was challenging, it was a really fun, adrenalin fuelled cake-love-fest and my fellow contestants were all terrific people to spend a few weeks with. As regards applying for a second season or trying for GBBO, once is enough. It’s stressful (mainly self-inflicted pressure), it’s super tiring as a HUGE amount of work goes into it and it’s expensive – very expensive! My one experience of it was so great and worth the tiredness and expense, but I think once is enough.

Are you still baking?

These days, I am in Monaghan. I was in Dublin for 9 years and moved home just after we started filming the Great Irish Bake Off in September 2015. This meant I had finished my job in Dublin and, off the back of the Bake Off; I got a few orders in here and there for cakes once the show went live in October 2015. My intention was to get a job locally but thanks to the publicity of the show, I ended up getting quite busy with cakes, demonstrations and markets, so I decided to set up a business. I spent the next 18 months making novelty and wedding cakes and I can definitely describe the show as successful for me, as the interest that it generated locally helped to hugely speed up the process of growing a customer base. More people now knew me as a baker/caker.

Monaghan has a strong sense of community and there are a lot of small local businesses here and support for same, so people were extremely good! Fast forward 18 months and although I absolutely loved doing the cakes full time, the hours were extremely long, the work was quite solitary and, because the main focus was decorative, I was essentially making the same 6 recipes over and over and I was missing baking for the sake of flavour and experimentation. I have taken on a full time job now and am baking part time only and I think it’s a nice balance as it has freed up a lot of my time and provided more financial security than bespoke cakes can. 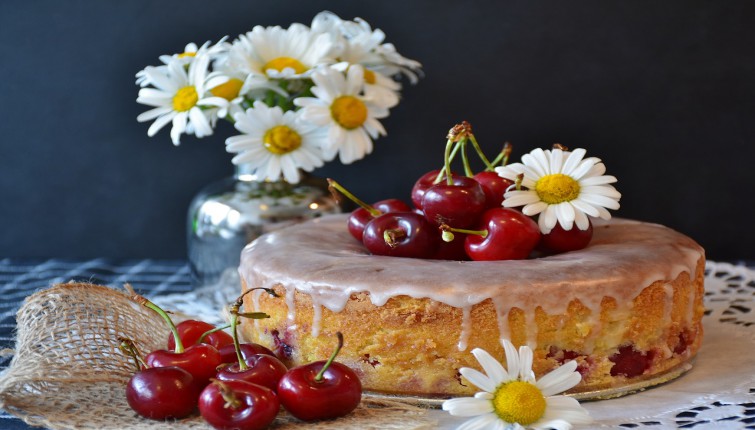 So there you have it the Great Irish Bake Off was not a magnificent leap into the great baking circles of fame and fortune. Nevertheless it proved to be a fantastic experience for at least one of the bakers and she is enjoying the rewards still.

I think it is important to add here that although shows like this can rocket bakers and chefs into the realms of fame and fortune for the most part any kind of work done in kitchens is just bloody hard slog. My son was a chef for many years and he was a very good one but it still didn’t pay out any rewards or dividends. Working in food as a chef or baker is some of the hardest work around and very badly compensated.

We have a huge amount of respect for famous chefs and bakers and will pay their prices as we have some understanding of the work that has gone into making them famous. But we still don’t recognize those folks that work in food service and small restaurants and cafes that are breaking their backs daily to put that beyond amazing sandwich, fine meal or cake on our plates. We don’t reward them with a living wage or better hours and its time we did. So next time you have a meal out or hit up a cafe for that coffee and cake, remember the folks in the back turning out all those lovely goodies, they seldom get the praise they deserve nor the money they should.

Faith is a travelling foodie who has recently returned home to Ireland. Obsessed with food she has been a writer, product developer, restaurant owner and food business development mentor for over 30 years. These days she is supposedly retired and spends her days writing about food, travel and exploring the world as a house sitter.

Hail To The King, Baby | Army Of Darkness After 25 Years

Film Review | The Dark and Hilarious World of Athletic Pageantry in I, Tonya