The Rise of Plant Based Eating In All Its Forms

Plant based eating promotes the consumption of vegetables and fruits and it excludes or minimalises the addition of meat products.

For years we had vegetarians and vegans. It’s now time to look beyond these and embrace other ways of choosing to eat less meat in favour of more vegetables. Whatever way you choose to eat, there is probably a label to describe your diet and an entire online community willing to support or find fault with your choice.

In the past, we tended to favour an all or nothing approach to how we eat. Either you ate everything or you shunned entire food groups. The middle ground was seen as flaky; occupied by people who couldn’t make up their minds or lacked the will power to pick a side. In the world of plant based eating, this expansive middle ground is now occupied by all types of dietary preferences, from reducetarians to pescatarians to flexitarians. While the numbers of vegetarians and vegans are on the rise, it’s the people in-between; the people that are not subscribing to either diet, but simply reducing how much meat and dairy they eat that may well be making the most difference to how we eat as a society. These in-betweeners are cooking more plant based meals, eating more vegetables, embracing campaigns such as Veganuary and Meatless Monday, are quite happy to order vegetarian options over meat options when eating out and are sustaining the growth of vegetarian and vegan cafes. 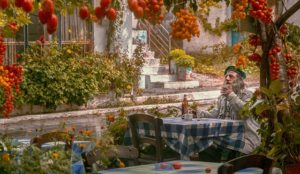 While veganism and to a lesser extent vegetarianism are communities, newer ways of plant based eating are less so. I haven’t met many people who self-identify as flexitarians or reducetarians. Rather they admit to trying to eat less meat for health reasons, environmental reasons or any other reason that motivates them to do so.  Good luck to anyone who calls themselves a flexitarian and withstands the onslaught of questions that would inevitably follow. Much easier to casually state that you are just trying to eat more veg.

The appeal of this new middle ground of plant-based eating is obvious; there is no requirement to specify your motivation for eating less meat, there is no requisite degree by which you must reduce your consumption of meat, there is no need to justify your choices or explain them to anyone and you don’t have to sign up to any dietary ‘community’. It’s a way of eating that works to your schedule, your desires and your choices.

A flexitarian diet may explain the mystery of the restaurant diner who chooses to order from the vegan menu while at the same time drinking non-vegan wine. While this contradiction may irritate fellow diners or chefs, it is representative of a new breed of diner. Just because someone opts to eat vegan, doesn’t make them a vegan. This doesn’t make sense when viewed in a strict all or nothing mindset. It also doesn’t make sense to any meat lovers who cannot get their heads around why anyone would opt for a vegan option over a meat option. However, it makes perfect sense to so-called flexitarians who like to eat how they choose when they choose and not restrict themselves to a particular diet or movement.

In my vegetarian influenced utopia, we would move away from labelling foods and diets as vegetarian or vegan. Rather we would move towards a more abundant supply of vegetable-centered dishes on menus. After all, vegetables aren’t just loved by vegetarians. Ironically, very often the vegetarian option on restaurant menus can be noticeably lacking in vegetables and it may be more appropriate to call it the “cheesy carby” option.  I recall one dining experience where I gazed longingly at the braised lentils with celeriac, pear and hazelnut that accompanied my dining companion’s beef dish as I wondered why I didn’t order a vegetarian version of that instead of the stodgy and 98%-carb mushroom risotto that sat in front of me that contained all of two mushrooms at a push. 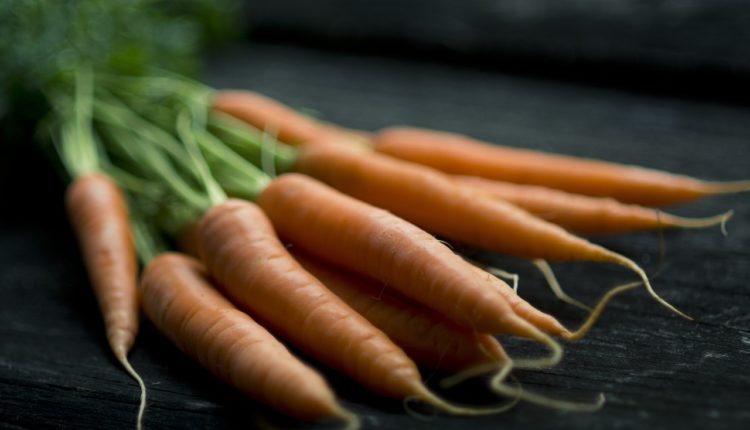 Plant based eating is not without its own ethical issues. The plight of Central American avocado and quinoa farmers is regularly highlighted by people wishing to challenge the assumption that ‘veganism’ is an ethical diet. This ignores the fact that many non-vegans and vegetarians enjoy ‘healthy’ avocado habits. Perhaps it would be fairer when apportioning blame to look to Instagram and the rise of the café brunch culture as, at least, being partly responsible for the upsurge in the popularity of avocados.

Avocados aside, there are ethical issues involved in the import of many foods enjoyed by vegans and vegetarians. I would wager that while some struggle to justify eating them, there are many who choose to bear the guilt of being partly responsible for these ethical issues rather than bearing responsibility for the ones associated with using animals for human consumption.  I’m sure there are others who do what us humans often do best and turn a blind eye to these ethical issues.  Much in the same way as many meat eaters turn a blind eye to some of the ethical issues involved in the meat industry.  I wonder do people whose diets consist of highly processed foods simply prefer not to engage with some of the truths about what exactly they are eating and what affect it may be having on their bodies. Sometimes ignorance is bliss. Very often people have greater challenges and issues in their lives than eating an ethically sound, sustainable, environmentally perfect and healthy diet one hundred per cent of the time.

Few diets or ways of eating can claim to be superior to others because peoples’ values and morals are subjective. As are people’s health, emotional wellbeing and food budgets. One might choose to live sustainably, farming their own animals but ultimately killing them for food. To some that is the perfect diet and the best way to eat. To others that is unconscionable.

Perhaps a little more education and empathy might go a long way to helping us find our way in this world. For me I dream of more good quality vegetable-based dishes made with local ingredients.  I’ll try harder to eat more locally produced food but can’t say that I will be giving up bananas or avocados for now. There’s an element of recognising the ethical issues and getting myself a bit comfortable with them while at the same time trying to do better.

Frances is the founder of the food and lifestyle blog The Honest Project. She lives in Kilkenny and is dog Mom as well as a freelance content strategist and digital marketing consultant. She has a strong interest in food and loves everything to do with making the everyday moments special.
You can find her on Instagram @thehonestproject, on Twitter at @thehonestproj and blogging at www.thehonestproject.com.