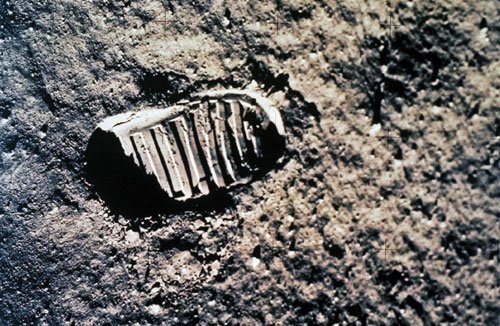 What do you write in an article on a subject that’s been covered so widely before?  Well, I’ll try my best to put in a few facts that you might not know and how history might have had recorded a different first man on the Moon to make that “Giant leap for mankind”.

First of all it’s worth noting that the idea of landing a man (remember, these were unenlightened times for NASA – Sally Ride’s first spaceflight was over two decades away) on the Moon and safely returning him to Earth and to do so before the decade was out, as detailed in JFK’s inspirational speech – given at Rice University in 1962 – was the stuff of science fiction. It was one thing to design, build, test, then launch a programme with the intention of beating the Soviet Union to land on the Moon, but to do so before 1970 was something that not even the mighty NASA could possibly do, could it?  Back in ’62, the US were very much on the back foot as the USSR were well ahead in the ‘Space Race’ – they had had already won the battles of the first artificial satellite in orbit (Sputnik 1), first animal in space (Sputnik 2, carrying Laika) and first human in space (Vostok 1, carrying Yuri Gagarin into orbit – Alan Shepard’s Mercury-Redstone 3 flight was only sub-orbital); with first woman in space (Vostok 6 carrrying Valentina Tereshkova, also becoming the first civilian in space) and first spacewalk (Voskhod 2 carrying Alexei Leonov) to come. 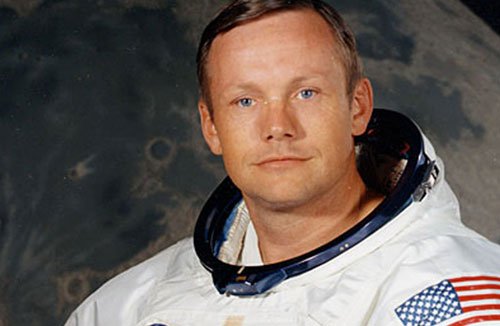 What is generally agreed on, is that anyone connected to Apollo (or simply someone who has a genuine interest in human spaceflight) is that Neil Armstrong was the right man to take that “one small step”.  Being the sort of person who stays ice-cool under pressure, he saved the landing of the Eagle in the Sea of Tranquility after the 1202 program alarms – he realised that it wasn’t just his and Buzz’s lives that were at stake, but their place in history.  That ice-cool demeanour earlier saved not only his life, but also that of fellow Gemini 8 astronaut Dave Scott, following docking with a notoriously unreliable Agena target vehicle.  Later, in training for Apollo, he ejected from a faulty Lunar Landing Training Vehicle (LLTV, AKA ‘Flying Bedstead’) mere moments before it crashed into the ground, almost instantly becoming a fireball.

But even discounting those mishaps, it could have been so very different had the great Sergei Korolev (the genius behind all of the Soviet ‘firsts’) survived his botched operation in 1966.  He would have identified the flaw in the design of the N-1 (like the Saturn V, a Behemoth of a rocket), which might well have resulted in Alexei Leonov being the first man on Moon.  Then there’s the Apollo 1 disaster, which claimed the life of superstar astronaut Virgil ‘Gus’ Grissom, who might well have flown on the first lunar landing attempt.  However, important lessons were learned after Apollo 1, which resulted in a redesign of the Command Module, most notably in its hatch opening outwards, not inwards (this original design came about as a result of Gus Grissom’s Liberty Bell 7 Mercury module sinking due to a faulty hatch, which opened out).  Having some of the flaws of the original CM might have led to the loss of a crew in flight, which would have surely led to the cancellation of the entire Apollo Program. 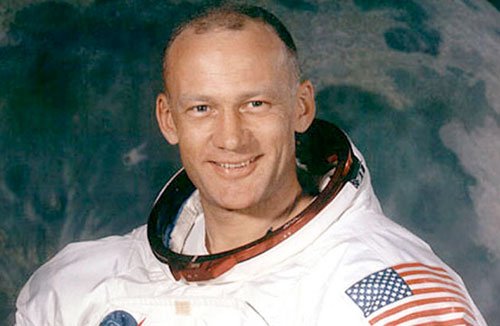 Buzz Aldrin too may not have had his place in the history books.  It’s generally agreed that he wouldn’t have flown on Apollo 11 without the experience he gained as part of the Gemini program.  Buzz only got to fly on Gemini 12 because of a tragic T-38 crash in ’66, which claimed the lives of astronauts Elliot See and Charlie Bassett, who were the original prime crew of Gemini 9, resulting in the back-up crew of Tom Stafford and Gene Cernan becoming the new prime crew. This caused Jim Lovell & Buzz to become the new back-up crew, which then resulted in them getting to wrap up Gemini as the prime crew of 12.  Incidentally, it was another T-38 crash, causing the untimely death of original Apollo 12 Lunar Module Pilot CC Williams, which made Apollo 12 Commander, Pete Conrad, pick Alan Bean as replacement. At the request of Williams’ widow, his gold pilot wings were placed near Surveyor Crater (listen to Space Boffins Nov ’13).

As part of a BBC drive to wipe old video tapes, the original BBC coverage of the Apollo 11 landing with the late, great Sir Patrick Moore, James Burke and Cliff Michelmore were wiped – apparently with a Grand National!

Post Apollo 11, Neil & Buzz’s lives took very different paths – after being unable to settle into public life, Neil eschewed the limelight and went into academia.  Buzz’s personal life sadly went into meltdown in the 1970s & ’80s, when he descended into alchoholism and depression.  Fortunately, he overcame his troubles and makes regular public appearances – in fact, he will do pretty much anything, if the money’s right! 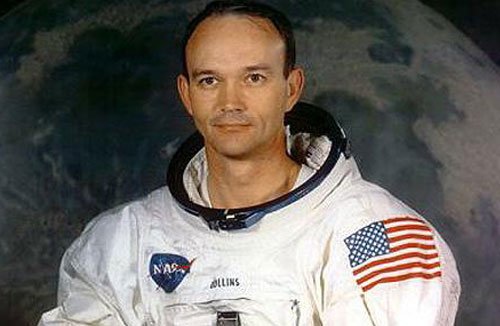 Finally, spare a thought for Apollo 11’s Command Module Pilot; Mike Collins, the ‘forgotten’ member of the crew and called the “lonliest man alive” during his time alone in the Command/Support Module Columbia, while Neil and Buzz were making history.

Space Week Interview | Moondust, In Search Of The Men Who Fell To Earth