Retro Gaming – an interview with the obsessed. 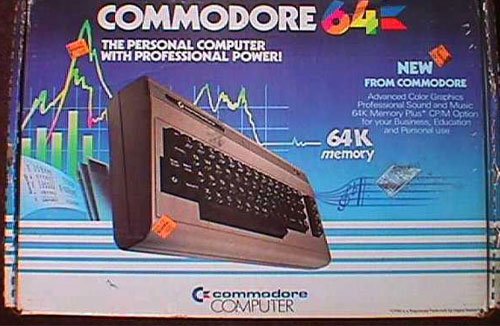 Here’s a little chat about retro gaming that took place at ‘The George’ pub near BBC New Broadcasting House in London, with ‘The Sky at Night‘ & ‘Stargazing Live‘ assistant producer Keaton Stone.

Carl Hutchinson – Keaton, tell us about the first time you got into playing computer games.

CH – So, what’s your favourite era, what sort of generation of console, computer do you think stands the test of time?

KS – For me, personally, I mean, my first one was the Atari 2600, I think I had a Spectrum 16, Spectrum 4j with the keyboard and Spectrum 128. Commodore 64 will be my baby, I think. I was obsessed with the Commodore 64, I also had the Amstrad 464 with the green screen, of course, and then onto the Amiga and I was obsessed with the Amiga, but I think it was the Commodore 64 that I really got addicted to and I will always remember. But I mean, from then on you know the NES and the Master System and the SNES and the Mega Drive, I would say the two that kind of influen- well, the Amiga’s in there for me as well and the Atari ST of course, but, but no, I would have to say Commodore 64 and then the Mega Drive, I think for me were the two that, you know, got me hooked and I was completely obsessed with, even though, now I would probably play the SNES more than the Mega Drive but Commodore 64 will always be my baby, I think.

CH – The thing that I always remember about the Commodore 64 – people always go on about “oh in the old days it was all about, you know, the gameplay or whatever,” but for me what one for the strengths of the Commodore 64 was the  sound. Because, let’s be honest, the sound was just so much better than any other system at the time.

KS – Yeah, no, it really was. I remember my buddy over the road with his Spectrum 128 and he would often talk about, “the music’s great on the Spectrum, the graphics”, you know. He didn’t have a leg to stand on, in my opinion. He’s on about the graphics or something, and I’m thinking, “Dude, I’ve got a Commodore 64 you can’t even…” It’s hilarious thinking about it now, thinking about things like the PlayStation 3 and, you know, back in the day, “what are you talking about? I’ve got a Commodore 64, man, your Spectrum’s rubbish”.

But especially with the music you could not even come anywhere near it, absolutely, I remember there was some great games, one in particular I remember Robocop, with the loading screen of Robocop, It was amazing! I remember getting friends round, not even to play the game, just to, “check this theme tune out!” Flimbo’s Quest, as well, of course, you know, and Creatures and great classic games on the Commodore 64 and also you could obviously write for them and program them. It was great and I remember trying to compete with my friends who had, were lucky enough to have Titan at that point having an Atari ST, which was great for music and you could programme on. But yeah, Commodore 64, music wise, at the time, you know, untouchable, and even though my friends thought- “no, shut up, you can’t”.

KS – Hmmm, that’s a very difficult question, I know a lot of Team 17 stuff was fantastic. I suppose for me, I mean, ugh, this is a tough one, I think there’s two for me, if I may say, there was Lucas Art, I was obsessed with Secret of Monkey Island and Indiana Jones – Fate of Atlantis, my particular baby, my thing is, point and click adventure games, I love them, from the old text-based adventure games but point and click adventure and its, I think it’s sort of a revival of late with the Nintendo Wii maybe and even the iPhone, you know, you can get Broken Sword on it, and stuff. So Lucas Arts for those kind of genius games, but also Codemasters. I loved Codemasters for the Dizzy series particularly. I was a very big Dizzy fan and absolutely gutted to only recently realise that they’ve had a Kickstarter campaign for Dizzy, never even knew about it at the time and they were asking for £350,000, they only got £25,000 and I’m gutted, cos I woulda pledged whatever the maximum amount was, that you could pledge, probably still wouldn’t have made it but eh I think they’re still looking at it apparently and they’re going to do it again, just not in the same way they’ve announced it. But I would love Dizzy to come back. Same with Elites and that, I pledged £30, which, is peanuts, two of my friends pledged £100 each, anyway, and that’s made a million and a half, so I’m sure Dizzy can make 350,000, come on, it was an absolute fantastic legend of a game.

CH – There’s been a recent resurgence in retro gaming lately mainly thanks to the iPhone. What is it that makes retro games so special compared to the modern PS3, Xbox 360 epics?

KS – I think, personally it’s the simplicity of them. I mean, I’ve grown up with games from the beginnings to know but I much prefer playing a crappy graphics 2D platformer or adventure game than the later ones where I can explore every area in 3D and everything. It’s almost a similar analogy to music where you know the old classics are the best and then they overproduce all this modern stuff. It’s the same with games really, it’s overproduced. I mean, if they ever just released a  new Monkey Island or a new Dizzy, they didn’t have to go 3D, we don’t have run around everywhere, but it was kept the same literal format and maybe just enhance the graphics. Maybe they should start thinking; in 1990s what would they have liked to do with that technology, but couldn’t do? They weren’t thinking of 3D-ing it, they were just thinking of better graphics, and better puzzles and some great cut scenes and things like that, put them in it and keep the originality and what makes these games great, that’s what I think and I think people are realizing that actually, especially on a platform like an iPad or an iPhone, where maybe you know playing a 3D game… I don’t know if it works, I don’t really do it so I don’t know but I don’t imagine it works so well, you know, exploring a 3D Mario game or a 3D Sonic and the speed. It’s great to just to be able to just wander left to right, or jump up and down pick up, collect, open, close, you know and I think, everyone thinks it’s a revival, apparently right now it’s a revival for retro classics, and that’s really good, I’m really excited by it.

KS – Okay well, that’s interesting, I’ve not heard that, I mean, I don’t know but yeah I do often wonder how far can you go? You know, it’s sad to me that I remember that you used to play an arcade machine back in the day thinking, “God if only you could have graphics like this back at home, if only”. Of course now graphics at home on the PlayStation 3 far outweigh Street Fighter 2 on arcade or something. Back in the day, I used to think, “nothing is ever going to beat this, nothing is ever going to come anywhere near this”. Way better now, you know, Tekken and the Mortal Kombats and Street Fighter, on the new consoles have beaten it, but I don’t know how they can, they can obviously not keep up with this exponential level of increase of graphics and stuff, and then arcades are not gonna be able to keep up with it, and I think maybe if you think about it, how can games go any further? The natural way I suppose would be virtual reality. And that’s the future I assume, you know where, I remember watching it on Gamesmaster or Tomorrow’s World back in the 90s, that by now I thought I’d have a helmet on my head or some special glasses and I’d be able to look left and right and see an entire new universe… and it’s still not happened. But obviously, that’s only going one way. That will happen, I don’t know when but we’ll reach that point and you’re saying yeah PS4 and Xbox 720, whatever it’s going to be are going to the final gen, then, surely the only possible way to improve on that level of graphics I suppose is where you’re a part – aside from an implant in your brain maybe, and you literally believe it, like you’re in The Matrix or something – is virtual reality and I do hope that comes I would love to have a virtual reality holiday or go away for a virtual reality theme park and really believe I’m there and go off shooting aliens on the other side of the galaxy so eh, hopefully.

CH – So finally, sir Patrick (Moore) said he liked Gamesmaster even though he didn’t understand a word of it, what did you think of Gamesmaster at the time?

KS- I was obsessed with Gamesmaster, I still got every episode recorded on VHS, I recorded from the first one in the Church and right the way though, the submarine and everything else. I was obsessed, I loved it, I do think that considering it’s a market that’s either comparative to or bigger than the movie business it’s insane we haven’t got a big video game TV show going on at the moment, cos Gamesmaster showed that there was a market for it, it was fantastic. Maybe they’ve just not hit on a format good enough to compare, or compete or beat it, but Gamesmaster was for me, just brilliant TV. I was glued to it every week. In, would set record, God help me if I missed it but you never did, I taped them all so I saw them all back, but fantastic programming and I just hope the day will come where we have a good one. We won’t maybe have a good lord and savior Sir Patrick hosting it but some one similar, or a totally different kind of show altogether,  but as long as we have video games back on TV and encouraging a new generation of gamers, then that’s only going to be a good thing.

THE PAST IS ANOTHER COUNTRY. AND TIMELESS.