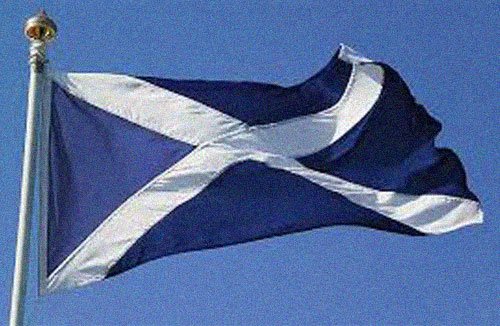 I first penned this ensconced in a creaking fifty-year-old chair in a pub in Dornoch, Scotland. My host was Keith, and I’d a half pint of McEwan’s 80 Shilling in front of me. I had already been to the bog twice to drain off the previous pint. But that sidesteps the question: Why on God’s earth was I in Scotland waiting out an opaque fog in September when I could be watching the sunburned English frolic in Majorca or be on a whale cruise out of Vancouver?

It’s the Scots, ai, en’it? Since the clearances, they’re thin on the ground up here in the Highlands. The Duke of Sutherland, a.k.a. the Leviathan of Money, cleared 15,000 of the gits out to the New World to make way for his sheep. And you wonder why the gits have a knee-jerk grudge against authority. But these few, these dour folk dotted sparsely across the wilds of Scotland draw me back. I simply like them better than Yanks.

Oh, sure, you can find a clinker or two, a sour old man or a crackit grandma who won’t step aside in the local store to let you wiggle past—but you’re more likely to encounter a shopkeeper who’ll send you across the street to buy your haggis because his is “no the very best and yer on’y here for a week.” You can always count on the pub curry, and you can always depend on gloom about the weather. You can drive the wrong way up a one lane road for ten miles, and get an offer of tea at the end before they send you back down the glen. There’s something that tells you these people invented the world once, and could do it again—if only they can figure out which bits to fiddle with to make a new revolution. It’s the fog that makes the past stand in so close. It’s the sensibility of poverty that makes the folk so friendly. It’s the land and the sky that makes the arts so vibrant. The Scots have a shite pile of musicians and artists out of a population of five million (spread over 30,000 square miles). The Dutch have maybe ten whole bands with their seventeen million on 16,000 square.

And there’s the food. If you have an open mind, you’ll love the haggis – good peasant food and protein for a people who seldom had it. But if you have any sense, you’ll hate the skirlie—a paste made of half-cracked oatmeal groats that sit as dry as the Gobi in your mouth and needs a pint of gravy to choke down. You’ll find some of the best seafood in the world, delivered to the local fishmonger daily. You’ll know the fishmonger’s name, her husband, all her children, and you’ll copy out a recipe for the kelp that the crabs come nestled in—the only kelp recipe you’ll ever have.

The softies from down South didn’t always run things. The Scots were their own people until bankruptcy, where they spent a third of the country’s capital on their own malaria-stricken colony in Panama. But it’s what they did with their newfound poverty that makes the story—they became the brains and the cattle merchants of the Union, even if England forced union down their throats with an army on the border. Scotland produced rabble-rouser Hugh Miller, the first electric light, philosopher David Hume, the first insurance companies (for the widows to bury their dead), the economist Adam Smith, the premier geologist James Hutton, the first viable steam engine, the anatomist Alexander Monro Secundus, five universities compared to England’s two, Joseph Black (Dr. CO2), the Encyclopedia Britannica, and our own Rabbie Burns. Even Thomas Carlyle came out of the Scottish Enlightenment, and Voltaire was a paid-up subscriber to the local newsletters.

The Scots don’t shape up as perfect by any means. To be a Jacobite—and this pub still has a couple here, bent over their drams and their pints—meant that you believe absolutely in the Stewarts, and the Stewarts were medieval kings. No rule of law here, but more the idea of total fealty to King, and outright loyalty from the Chieftain to the Clan. And there are other problems—for example, the Scots are overwhelmingly white, although mixed-race relationships seem to be an exotic premium, not the focus of gossip and shame. 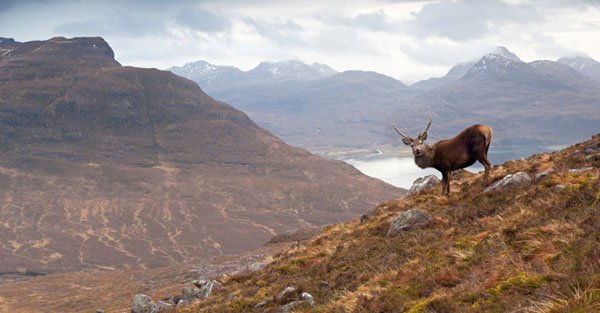 The Separatists. In their defense, Scotland has always retained its own religions and its own legal system, printed its own money, and now fields its own Parliament. Devolvement though didn’t give them the liberalism they wanted, as the chappies in London fed them more and more dog-eat-dog and the pointy stick. Economically, Independence sucks: timing is really poor on this, since the British Empire has exhausted so much of the North Sea hydrocarbons (read: Scottish oil) and now gas in the Southern North Sea makes the money (read: English bastards). You could predict the inverted Scots logic: “Ai, ye spent every last farthing we made ye, an’ now while the good old Scottish National Party is in office we’ll quit the bonds of Empire.” The Referendum came up on the 18th of September 2014, with a huge voter turnout. Misters Cameron and Brown were shiting their breekies.

The silent old voted to stay in the Union. They were always there, in the flats on the terraces down in Glasgow and Edinburgh and Aberdeen, quietly biding their time. When you’re white-haired and wobbly, revolution rather than devolution frightens the kich out of ye – the old wanted to ensure their pensions and their national health, and shaking the gorse bush was just not on. It was fear.

The young wanted a separate Scotland headed towards the EU. They’ve had enough of no-jobs and a neo-Tory austerity for its own reductive sake. They speak out for a self-determined austerity of hope. Skint but Free. On a ferry we met a young man slanging off an English couple in a most joyous way—“Yah, an’ what’ll you do when you don’t have us to hold ye back? Why, you’ll have to sell the old Land Rover and buy a Ford Mondial like the rest of us. The 18th—that’s when the end of the world comes.” He rolled a boisterous laugh around himself, clasped me with a huge arm over my shoulder, and asked, “So, how’s that independence working out for you Americans? Maybe we’ll join up with the Canadians rather than you—three million of us ended up over there!” It was pure, glorious excitement in a cold and grey world. Addictive, and they’ve got time on their side.

The patriotic voted to stay. Even during the heyday of the Clearances, the Scots held up the flag, charged the battlements, resolutely died in huge numbers for the Empire. When the Queen needed it, the Scots were the first to line up as gun meat. All that blood for hundreds of years, singing out. The Scots could no more turn their backs on those fields clotted in gore and valor than they could give up the dream of old ’45. It was remembrance of bravery. It was another couple of percent.

The vote was clear – every Scot voted for change even though a wee bit of a majority swung it to Union. Sweeping change, but all inside the Union. The Scots will demand reparations (as investment) for all the oil revenues taken for decades that fed, among other things, the Olympics and the Iraqi wars – and what stupid lunnie dreamt tha’ one up? They’ll demand a Westminster full of regional accents, and not the plummy tones of the entitled class (and so will the Welsh, and the Irish, and the English if they have any sense). The Scots will demand jobs, even though the Scots thus far have less unemployment than England. They’ll demand a central bank, and a shift to the EU, and Presidency of Europe when their turn comes. The Scots will force the changes that ultimately make the Union irrelevant. And they’ll invite the Royal Bank of Scotland to shag its ass down to London, just like it promised when it stood clearly with the pence and the pounds rather than with the people.

When we lived in the North East, we had the Rock on the hill, behind the Stable where our house had been carved out of a barn started in 1750. We’d often walk the dog up there and climb up on the Rock. Gorse and broom surrounded it, lovely in bloom during the Spring. On this moraine’s child, beveled smooth by the Pleistocene glaciers that softened Scotland, we would turn to the east and stare out to sea. To the north, our village clumped up around a pub and a grocery set in a hollow. To the west, the Grampian Highlands, least threatening of all mountain chains. To the south, the fields ringed in stone walls stretched out. The sun broke through the scudding clouds, painting bright green patches that scarpered across deeper shadowed green. The grass, bent down by the wind’s bluster, rippled in waves across the ground, as if the entire field would take wing and fly away.

That’s why I was in that Scots pub.

A version of this essay appeared in September in the Prague Revue.

Scott Archer Jones is currently living and working on his fifth novel in northern New Mexico, after stints in the Netherlands, Scotland and Norway plus less exotic locations. Hes worked for a power company, grocers, a lumberyard, an energy company (for a very long time), and a winery. Now he's on the masthead of the Prague Revue, and has a novel out this summer, Jupiter and Gilgamesh, a Novel of Sumeria and Texas.
Facebook
scottarcherjones.com

How to Pick Up Girls | video