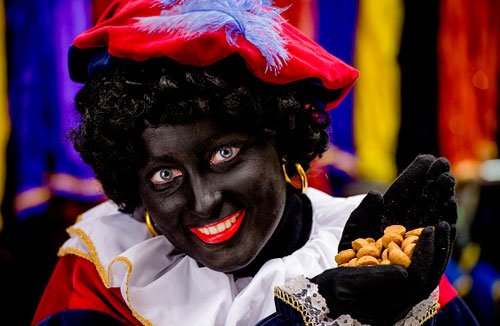 Every country has traditions that seem alien to onlookers. For example, when trying to explain the existence of Dustin the Turkey to my non-Irish friends I am often met with confusion and bemusement. It is quite difficult to find the correct language to fully communicate the cultural phenomenon that is the ‘flap flaps’.
Currently, I live in Utrecht, a small city in the east of The Netherlands where the holiday season of Sinterklaas is in full swing. Sinterklass is a figure sort of similar to the western idea of Santa Claus but instead of a sleigh and reindeer, he rides about on a white horse whilst wearing a pope’s hat, carrying a mystical looking staff as his helper throws biscuits to nearby children.
The thing I find odd about Sinterklaas lies not in his confectionary lobbing ways but with his trusted companion, Zwarte Piet. Zwarte Piet, or Black Pete in English, is traditionally portrayed as a blackface man/woman with an Afro, bright red lips and large hooped gold earrings dressed as a 17th century page. For me as an outsider and, full disclosure here, a non-racist, it was kind of unnerving to see smiling faced minstrels wandering about the city where I live as I try to go about my business.
Currently the depiction of Zwarte Piet is causing a huge controversy in The Netherlands. Although the event that I attended in Utrecht was laid back and full of happy children dancing about to the music being played by the marching band of minstrels, the previous day 60 people were arrested in the town of Gouda for demonstrating the parade. 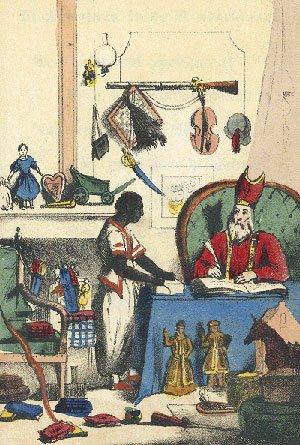 I find it hard to form any opinion about the tradition of Zwarte Piet apart from “Oh, that’s a bit unsettling” because I am not a Dutch person and nor am I black person. But from what I understand, a lot of people don’t see the depiction of Zwarte Piet as racist because it is tradition and they simply do not see it as discrimination. My Dutch friends tell me that the blackness of Pete’s face is not really addressed when you are a child; most grow up thinking he gets his colour from the soot in the chimney.
On the other hand, people say you must look at this in historical context. The Dutch profited in the African slave trade market right up until the early 19th century and although currently there may be little racism in the Netherlands there is still a destructive past. Many are also worried about how the global community perceives the country and how their liberal image is being affected.
At the Sinterklaas festivities I attended, green, yellow and white-faced Piet’s also featured and the caricatured nature of his gold earring and red lips seemed to be downplayed. People want change regarding Zwarte Piet but I guess, akin to the creation of old traditions, it will take time to evolve and make new ones.

Lauren Crilly doesnt really know what shes doing but she likes talking about it. Her interests include Dolly Parton, cheese, The Simpsons and equality. Sometimes she thinks she is funny, sometimes she actually is. Enjoys tweeting at @gingerflakez

12 Pubs of a Poetic Christmas (Part One)