This Week In HistoryRecent HistoryHistory News

This Week, in History | Starbucks, CIA and Carlos the Jackal

Treading the fine line between past and present, This Week, in History is a round-up of the latest historical events and findings which continue to impact the world today. Whether unearthing documents with continued relevance, illuminating accounts of current figures in their formative years, or breaking news that contributes to a narrative spanning decades, This Week, in History is that broader context to current affairs. This week, we look at the CIA’s discriminatory policy towards homosexuals in the 1980’s , the world’s oldest Starbucks and the recent life-sentence handed down to “super terrorist” Carlos the Jackal.

“One of the most common mistakes made by the average person is the conviction that he can recognise a homosexual on sight. This is similar to recognising a  Communist… There is no way to spot a homosexual”, reads a CIA memorandum from 1980, which recently surfaced online via Muckrock, a non-profit investigative journalism website

The four page memo analyses the “Jekyll-Hyde existence” of homosexuals and offers up a number of incredibly specific characteristics that can confirm any potential employees sexual orientation. Written after a string of controversial reports surfaced relating to misconduct within the agency, prompting the US Congress to exercise greater oversight in accords with the Intelligence and Oversight Act of 1980, this memo is representative of one area wherein congress did not interfere: the hiring process. The CIA, at that time had a long-standing policy of refusing security clearance to homosexual and bisexual personnel, however, their claim was that it was to protect the discriminated party. Justified by Robert W. Gambino, Director of Security, he claimed that such policies of discrimination were vital since homosexuals posed a “security risk”:

“As a result of longstanding and documented information, we are aware that the modus operandi of hostile intelligence services includes the collection of compromising information regarding known or suspected homosexuals and the subsequent targeting of these individuals for assessment and recruitment.”

Seems perfectly logical. Instead of reducing the stigma attached to homosexuality in America, a move that could preemptively prevent any enemy agents from utilising this as a means of recruitment, why not worsen the stigma further? Sure a cynical realist could say that such a view is being idealistic, but if one is going to argue from a rational and realistic point of view, then perhaps it is best to see what was classified as ‘Intelligence’ back in 1980.

Here’s what the intel had to say.

For those who believe that post offices have been subverted, keep the foil hat on, you were right all along. The typical homosexual “frequently uses a Post Office Box to receive mail from trusted friends, although bills, ads, junk mail, and letters from relatives are received at his residence.”

The agency also uncovered “pass words” and “auditory signals” used within the American homosexual community deployed in their attempts at uncovering the orientation of acquaintances. Key terms include “Gay”, “Straight” and “Bi”, with “Gay” also being utilised to describe “places (favourite hangouts), parties, and groups”. So next time your friend suggests a visit to a “gay bar”, be warned, they could be suggesting a venue where homosexuals convene.

‘The question “Are you gay, straight, or bi?” has been used with marked success in interviews of suspected homosexuals. Because of its odd wording, any reaction or recognition of its true meaning will tell an investigator that the person he’s interviewing is probably a homosexual.’

Others tests used by homosexuals to sniff out one another include, ‘Aren’t you Jack from the North?’ Please note here that Jack is not the only name which might be deployed. Actually, it can be any name, as can the direction. That is important. Any name from any direction means that the person asking the question is homosexual.

3. Be Weary of Applicants with Good References

“The homosexual is usually regarded as an above-average employee. His working habits are good, he is punctual, responsive to authority, cooperative, friendly, a credit to the organisation.”

Better hire a mediocre man. A person with a solid work ethic likely has too a solid member when introduced to those of the same gender.

If you wish to learn more, the entire document can be viewed below:

Sanchez, now 67 years-old was found guilty of throwing a hand grenade into a drugstore on the Champs-Élysées, Paris, on September 15th 1974, which resulted in two deaths and thirty-four injuries. Denying these charges, he spoke dismissively of the evidence brought against him, namely the American-made grenade he is believed to have used. The weapon, investigators found to be an exact match of the grenades used by the Japanese Red Army two days earlier when they had staged a hostage-situation at the French Embassy in the Hague. This argument was only boosted further by the fact that another grenade, of the same make was uncovered in Ramirez’s Parisienne apartment at the time.

Infamous for leading a 1975 raid on the Organisation of the Petroleum Exporting Countries headquarters in Vienna, which resulted in three deaths, Sanchez was among the most prominent left-wing terrorists of the 1970’s and 1980’s with known ties to the Popular Front for the Liberation of Palestine and the Red Army Faction, aka Baader-Meinhof.

Arrested in the Sudanese capital Khartoum twenty-three years ago, he was sentenced to life imprisonment in 1997 for the murder of two French police officers and an informant back in 1975. His second life sentence was handed down after he was found guilty of orchestrating a series of attacks in France between 1982 and 1983, in which he targeted two trains, a train station and street, resulting in 11 deaths and 150 injuries.

Now on sentence number three, his lawyers insist he plans to appeal the ruling, and it seems safe to say without much doubt that this struggle will likely prove about as successful as that time when he managed to bring capitalism to its knees.

And now, a story about Starbucks. 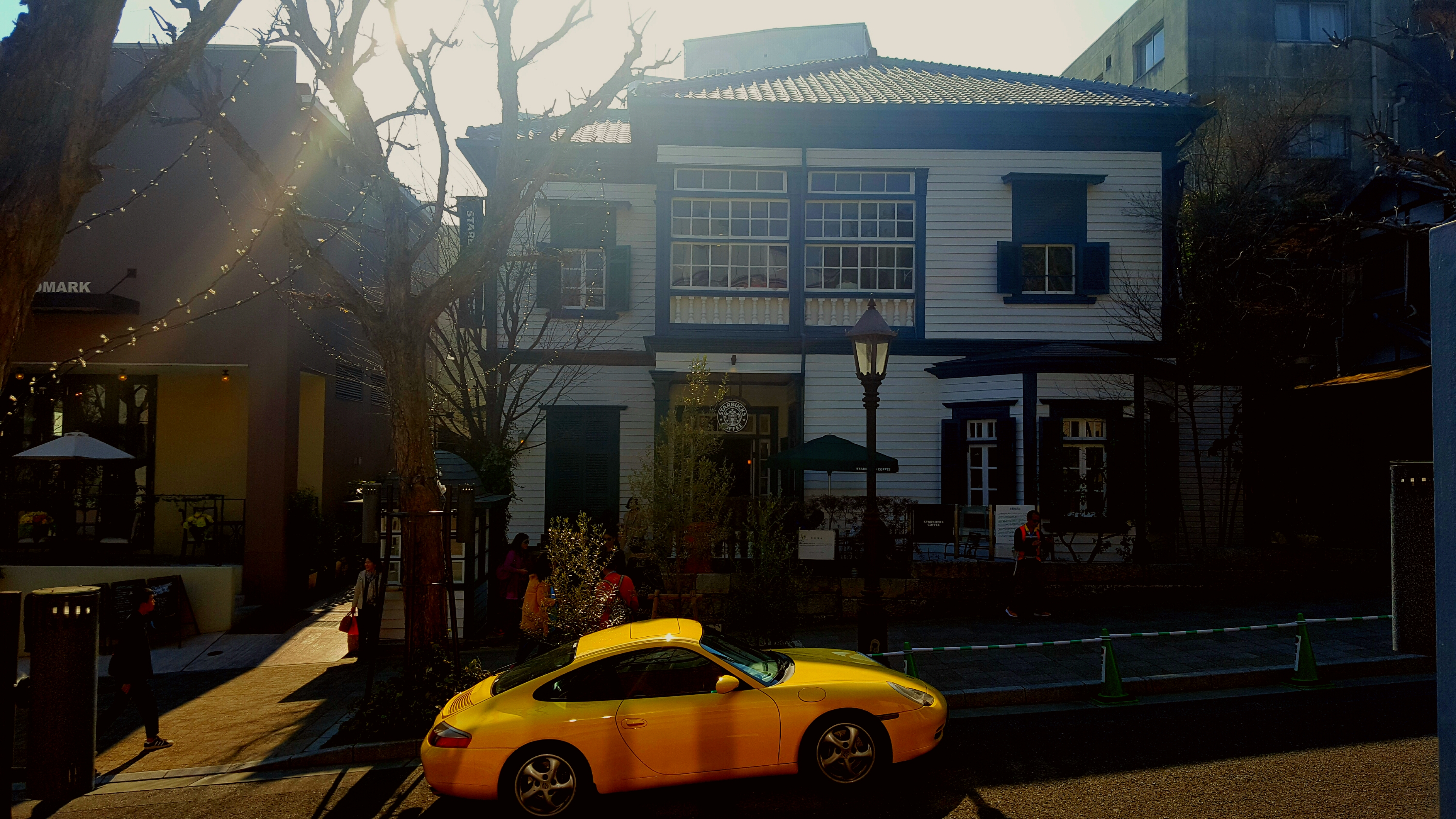 There are few words more disheartening, in the world of architecture than  “and then it reopened as a Starbucks”.

Usually of course, it is in the context of a small coffee shop closing down, however, in Japan the chain behaves in a different way. Take for example Kyoto, a Starbucks was opened up at the entrance to the Rokkaku-do shrine, so in order to visit the historic site, you will need to pass through their doors. This might seem dismaying to anyone who appreciates Japanese heritage in its purest form, but on the bright side, it makes for a beautiful Instagram opportunity.

However, the one that takes the prize, this reporter came upon while high in the hills of Kobe city, one which can technically be labelled the world’s oldest Starbucks.

Behold, Kitano-monogatari Kan, a “typical colonial style” house, which was constructed back in 1907. Classified as a Cultural Property of the Japanese government, indicative of the western-influence in architecture during the early 20th Century, it stood nearly a century until the Great Hanshin Earthquake of 1995. The damage it incurred during the catastrophe led to its being torn down. Then, in 2001, the owner, a ‘Mr. M.J.S.’ donated the remains to the city and so began the process of restoring Kitano-monogatari Kan to its former state.

Upon completion, in 2009, the house was sold to Starbucks, who painted it green and white, and converted each room into a unique sludge-chugging experience. Call it a perversion, call it what you will, but with the right filter on your camera, oh my that tall low-fat caramel latte is going to look as intellectually deep as it is delicious.

Michael Lanigan is the History Editor for HeadStuff.org. He lives in Tokyo and has written for State, Metropolis, TheJournal.ie, Counterpunch, the Guardian and the Irish Times.

So, What Do I Recycle?

This Week, in History | The Birmingham Bombing, Amelia Earhart, the History Channel…

This Week, In History | Brendan Duddy, Roger Ailes, Two Girls and One Cup

This Week in History | Confederate Memorials, NSA in Japan and Irish ads