Éamon Mag Uidhir is a Dubliner living in County Kildare. He has had poems published recently in Cyphers, The Moth, Crannóg, Revival, The SHOp, The Caterpillar, and Skylight47, and online in Misty Mountain Review and Burning Bush II. He edited Icarus while attending TCD during the 1970s and currently maintains an online shrine to the sonnet form at www.sonnetserver.com. He archives his work at this link if you’d like to read some of his poetry.

What made you turn to poetry?

A life of crime seemed a mite risky.

Jokes aside, can you tell me a little bit about your background in poetry?

I’m from Drumcondra, where any Joycean will tell you they speak the best English. I was born in the early Fifties and went to various schools on the North Side, finishing up in St Paul’s in Raheny. It was at Paul’s that I started writing poems, as a way of making friends in a strange schoolyard. These first attempts consisted of extremely bawdy ballads describing the entirely imaginary and highly exorbitant sex lives of various unpopular teachers. I used to give recitals to a covey of classmates at break.

During 1968 I started going to the Tara Telephone readings that Peter Fallon and Eamon Carr were organizing in the Old Dublin Brigade clubhouse in Parnell Square, though I think the very first one I went to was in the legendary Gaj’s restaurant in Baggot Street. I never rustled up the courage to read at the sessions– I had a pronounced stammer all through my childhood and adolescence — though I did eventually send in some poems when they started publishing their broadsheet, The Book of Invasions. They published one of my poems in the second issue of the broadsheet and I thought I was made. So I wasn’t at all ready for the rejection letter I got back with my next lot of offerings, which caused me to wax very timid again to the extent that I didn’t submit anywhere for a number of years till I went to Trinity and got to know some of the people running the college magazines.

When I left college I drifted into journalism to work as a news subeditor. I quickly realised that for me daily newspaper production work wasn’t all that compatible with creative writing. I was in journalism from the 70s until the mid-90s when the Irish Press collapsed and left me on the side of the road. I went directly from the newspaper world to editing online content for a big IT company, all the while promising myself that I would eventually get around to writing creatively again.

Where did your Journey towards the Introduction Series Begin? Or what was kind of the turning point back towards poetry?

About six or seven years ago I had a back injury that laid me horizontal for six months, during which I could do nothing except read for short periods as I couldn’t hold heavy things for long. It occurred to me that if I was ever going to resume writing that this was probably the best opportunity that was ever going to present itself. So I got hold of a little black police notebook and a pencil and started jotting down notions for poems and plots for stories. I promised myself that if I ever got upright again that I would go ahead and flesh out all these ideas that I was accumulating in the notebook.

I’m still working through the stack. Within a couple of years of recovery I had poems accepted in some magazines I’d always admired and have happily continued to get poems published ever since. This year I was one of the sixteen poets picked for the Poetry Ireland Introductions Series.

What has the Poetry Introduction Series meant for you?

It’s a good platform that offers a bit of visibility and also puts you into collegial contact with a group of other poets, something that doesn’t really happen outside of that, poetry being one of the most solitary of the arts. There’s a lot of wonderful goodwill in the room when you’re reading at Introductions. Everybody’s rooting for you. Then afterwards you get to brag about it and online magazines come and ask you for an interview …

What do you hope to explore through your poetry?

I’d tend to see it the other way round: poetry is exploring me. I’m invariably surprised by what appears on the page in front of me as I write and am at a loss to know how it came out of my head.

Are you currently working towards a collection? Can you tell me all about that and what you want to focus on, where you’d like to be published?

It would be nice to be approached by a publisher to talk about a collection, but that’s rare enough apparently. So it’s a question of knocking on doors, or rather emailing sample PDFs, to see where that takes me. As I said, it’s only in the last while that I’ve had the makings of a complete collection so I’m only embarking on the hunt for a publisher in earnest now. As to where I’d like to be published, I don’t really know what would be ideal. An international house would obviously be a dream come true, since it would at the same time guarantee distribution here in Ireland. An Irish publisher with overseas distribution links would be good too. But given the triumph of Amazon.com it may not matter where you’re published as far as physical copy sales are concerned from this point on. There’s also the e-market, and again that’s by definition global. Where a real, grown-up traditional publisher offers more is in the help you can expect from them in setting up readings and signings, here and abroad, and in organizing prominent positioning in the physical bookshops that still exist.

Do you think poetry is for a niche audience or do you think social media is opening it up to new possibilities?

I really don’t know what poetry is for. It’s like the weather, it’s always been there, being itself. I also don’t know WHO it’s for. I have an unnerving suspicion that most poetry books that get sold are bought by other poets and that maybe there aren’t many non-participants or non-aspirants attending readings. It’s like when you go to the Concert Hall, the audience is largely made up of music teachers and past or present music pupils, or so it always seems to me. As someone who doesn’t play music I generally feel isolated there, though the pleasure of the music overpowers that.

I don’t yet know how social media can create a fresh audience that isn’t already committed to experiencing poetry. Web publishing offers a lot because it eliminates the physical cost of distribution, but it may make it too easy to appear. Traditional publishing offers a valuable quality filter that helps the audience connect with the good stuff. New models may arise, but in all probability it will be the same minority of the population who have “the poetry gene” who will seek access to poetry.

I built a web site for fans of the sonnet form a good while back. It was partly an experiment in multilingual web publishing and also an attempt to create a site with an enormous amount of content that a person could pop up at their work desk for a couple of minutes, for example while waiting for someone to call them back on the phone, or during their lunch break. The sonnet was the ideal size object to show complete on the screen in a single view and also something you can read and grasp in a minute or so. I put about 700 sonnets on it, in their original languages, and it gets a few hundred unique visitors every week. Brazil seems to always come tops in the visitor stats, as the Portuguese speakers there are all still crazy about Camoens. The site is called sonnetserver.com. I myself probably contribute most of the hits for the Louise Labé and Ronsard pages, and the nicely risqué sonnets by Jean Auvray. 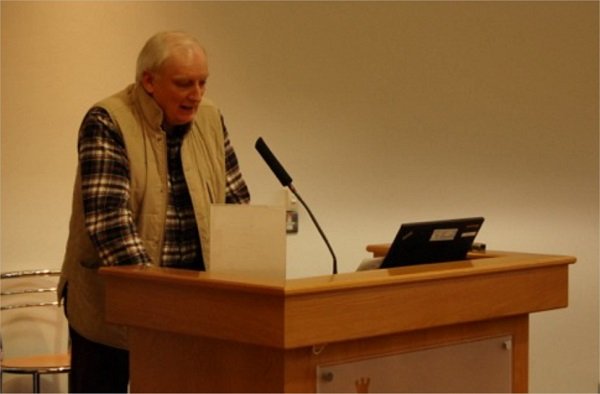 What would you say has been the biggest influence on your writing? or who has been? or both?

I’m quite a mongrel in my tastes. Poets that gave me insights or demonstrated tricks I wanted to emulate include Herrick, Dryden, Gray, Shelley, Browning, Eliot and Ginsberg, above all Eliot and Ginsberg, in English. Add Thom Gunn, the early Thom Gunn, to that list. Mallarmé, Cocteau and Apollinaire in French. And Martial, Catullus and Juvenal in Latin. I got very good value out of my secondary education back in the 60s.

Have you had, or do you have a mentor?

I’ve had good comments and advice in the past from Michael Smith, who was my Latin master at school, and from two people I first met in the 70s, the late Dermot Healy and Maurice Scully. But I wouldn’t describe any of them as an actual mentor. I tend to have such a pronounced respect for individualism in writing that I’d be inclined not to discuss a poem on anything other than the mechanical aspects, like line arrangement or punctuation. I should probably loosen up, but that’s where I’m starting from. Dermot gave me a vital piece of advice: leave every poem you write aside for a year to let it settle, then take it out again and finish it with fresh eyes. It works.

What do you hope to have done with your poetry in the next five to ten years?

I’d hope to be bringing out my second collection in five years. However that begs the question of when I’m going to get a first one out.

What contemporary Irish poets are you impressed by?

I have an awfully soft spot for my contemporaries Maurice Scully, Gerry McDonnell, Mick O’Loughlin and Fred Johnston, all warriors from the 70s who are still in the heart of the fray. I’m also fond of the work that crops up in Crannóg and The Moth. Also the retellings in English of Irish and Classical epics and sagas by Richard Barakat from Texas, who lived in Dublin for many years. And writing women like Sarah Berkeley, Katie Donovan and Chris Murray, and from the older generation Eiléan Ní Chuileanán and Leland Bardwell. I’ve just been reading the new Bardwell collection, Them’s Your Mammy’s Pills, which reprints two earlier books. It is just spellbinding.

Do you think Ireland is starting to move away from the “typical Irish Poetry” and move towards something more contemporary? Where do you see yourself in terms of that movement?

I was shocked to see how limited the literature curriculum was for my kids when they were doing their Leaving Certs during the last decade. In the 60s, the school course was a very valid survey of the whole canon. We need to remember in the midst of all that impatient clamour for the hot and the new that Homer’s epics have been enthralling audiences for three millennia, and with good reason.

Anna Leonowens, the Chameleon of Siam