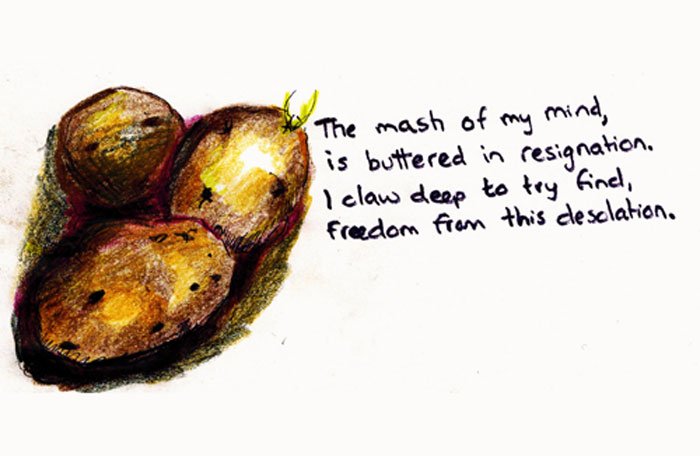 My brother is moving in with Xbox girl. Mother thinks this is a great idea, despite the fact that he has no job and as far as we know, met her two weeks ago. She said “isn’t young love grand.” Which made it sound like she swallowed Offaly.

He moves out in two weeks. They are going to live in Xbox girl’s parent’s attic. I think this is irresponsible parenting on all fronts.

I am also acutely aware that I now look like a failure if I stay at home. So I will move out soon.

I was given the keys at work to lock up. Which I think means Lorna has faith in me. Which is both satisfying and depressing all at once.

As she left, a deranged customer charged in and was asking all kinds of questions about our ice cream selection. Lorna raised her ludicrous eyebrows and left me to deal with it. The deranged human had something against the food colouring in Loop the Loops. I had to spend half an hour by the freezer with her.

It was all very trying. I smiled and nodded and only said “imbecile” in my mind – I am growing as a person.

I left Lorna a strongly worded message about the irresponsible nature of the ice cream selection and its effect on the mentally dilapidated.

Lorna was delighted with my initiative. I now have full ownership of the icecream freezer.

I did not thank her.

Lorna called me, half an hour before I got into work, to tell me I needed to wear a Halloween costume. I only had the giant pen.

Mother left me in charge of distributing sweets to the tricker-treaters. She had some fancy Halloween shindig to get to. I gave the first knockers everything we had. They had a dance routine rehearsed and were all giggly fairies. Despite my objections they insisted on completing the entire dance. I told them they were going to end up being fluffy-brained bankers if they didn’t start having a little more imagination. I then pelted all the sweets at them and left a sign on the door for everyone else.

“Everyone here is dead inside. So please Fuck Off.” Which I thought was very thematic, the mothers did not agree.

After the fifth complaint I took down the sign, turned off all the lights, drank a mug of vodka and am now writing poems by candlelight. I feel infinite.

My head felt like someone sat on it. I found the dregs of my candlelight writing.

The words meant too much.

Lorna left me a message to say I should not come to Gala today and that we’ll have a chat tomorrow. Her tone was apologetic. She has no idea how much I do not care.

I must write a potato poem today. I have a potato-type feeling clogging my brain.

Meeting with Lorna today. This will determine my future at Gala. I will try not to smile.