February Poetrybeat: Taking a Leap into the Poetry Scene around Ireland

It’s February. We did it! We’re past St. Brigid’s Day, out of the winter woods and officially on the road to Spring. Brrr. But also – Hurrah! With the grand long stretch this brings in the evenings (Um, it’s about 15 minutes – Ed.), you’ll be wanting to get out and about a bit more now. In this, the month of amour, Poetrybeat is here to help you show Ireland’s poetry and spoken word scene some love, with highlights of the news and happenings around Ireland. Go on, take the leap!

The Ireland Chair of Poetry Bursary

Congratulations to Keith Payne, who was confirmed yesterday as the winner of The Ireland Chair of Poetry Bursary Award 2015-2016. The bursary is awarded annually to a poet of promise and enables the recipient to focus on their writing with a four week residency at the Tyrone Guthrie Centre in Annaghmakerrig, Co. Monaghan. The nomination was made by current Poetry Chair, Paula Meehan, and is one of the most prestigious awards for an emerging Irish writer. Previous recipients of the award include Doireann Ní Ghríofa, Jessica Traynor, Billy Ramsell, Dave Lordan, Miriam Gamble, Leanne O’ Sullivan, Leontia Flynn, Maureen Boyle, Nick Laird, Iggy McGovern and Alice Lyons. Keith’s debut collection Broken Hill, (Lapwing Publications, 2015) will be followed by Six Galician Poets, translations of contemporary Galician poetry, (Arc Publications) in 2016. A translator of contemporary Hispanic and Galician poetry, and regular reviewer of contemporary Irish poetry, he currently lives in Vigo and will be returning to Ireland for readings with Galician poet, Elvira Riveiro, in Dublin and Cork from 21-23 April. Pop those dates in the diary – it’s one not to be missed. More info at The Ireland Chair of Poetry.

Salon Nights at the Studio presents: The Moth, with Rebecca O’Connor and Will Govan

Salon Nights at the Studio is a monthly series for writers and readers, focused on the world of Ireland’s ‘little magazines’. The evening is the brainchild of, and hosted by, Selina Guinness, current writer-in-residence at Dun-Laoghaire-Rathdown County Council, as part of The Pale Project – it takes place at the dlr Lexicon library complex on Wednesday 3 February, from 8pm. This month is the turn of The Moth Magazine, one of the most beautiful literary journals currently being produced in Ireland, featuring poetry, short fiction and interviews, alongside work by selected artists. Editors, Rebecca O’Connor and Will Govan will present their view of the literary scene, and introduce two contributing writers – Tom Moore and Rob Doyle – to read from their work and discuss what kind of writing makes them tick. More info from Salon Nights at the Studio.

Poems Upstairs, the Poetry Ireland monthly showcase,  is back for its first outing of 2016, this Wednesday, 3 February. The series takes place at Books Upstairs premises on D’Olier Street and includes readings by established poets, well-known special guest readers, the very best of new Irish poetry and an entertaining live music mix. This month features four rising stars of the poetry scene from around Ireland: Ciarán O’Rourke from Dublin, whose poems have been featured in Poetry Review, The Irish Times, The Moth, The SHOp, and The Spectator; Mairéad Donnellan from Cavan, winner of the Ledwidge poetry prize in 2013; Geraldine O’Kane, poet, creative writing facilitator, arts administrator, curator and mental health advocate in Belfast, who recently received an Artist Career Enhancement Award from the Arts Council of Northern Ireland, and Dublin poet, Kevin Graham, whose poems have appeared in Poetry Ireland Review, Oxford Poetry and Southword and were short-listed for the 2014 Hennessey Literary Award. More info from Poetry Ireland.

The Cork International Poetry Festival will be in full swing from 10-13 February, when poets and poetry fans from around the world will descend upon the city. This year includes readings from Vona Groarke, Ailbhe Darcey,  Caitriona O’Reilly, Paisley Rekdal, Kyle Dargan, Thomas Lynch, Tomica Bajsic, Tom Pickard and more, workshops with Irish Times poetry-editor Gerard Smyth and Pavilion Books editor Deryn Rees-Jones, as well as the prize-giving for the Gregory O’Donoghue International Poetry Competition, won by US poet, Leila Chatti. For a behind-the-scenes glimpse at the work that goes into planning a major literary event, read the Headstuff interview with festival Artistic Director Pat Cotter, from January. More info and tickets available from Cork International Poetry Festival.

Over the Edge Poetry Book Showcase

If you write poetry and are interested in improving your game, Kingfisher Writers’ Retreats with poet Colm Keegan, return from 15-17 February 2016, in the picturesque setting of the Kippure Estate, in the Wicklow Mountains. The retreat is a combination of specially developed afternoon workshops, introductory meditation sessions, morning writing time, and space in the programme for personal writing and/or downtime. Colm Keegan is a writer and performance poet from Dublin, Ireland. Since 2005, he has been shortlisted  four times for the Hennessy New Irish Writing Award, for both poetry and fiction and won the All Ireland Poetry Slam in 2010. He was writer-in-residence at dlr LexIcon in 2015, and is a founder and Co-Director of Lingo, Ireland’s first Spoken Word festival. More info from Kingfisher Writers’ Retreat.

STACCATO is Dublin’s newest Spoken Word event founded by writer Tanya Farrelly, and co-hosted by novelist and playwright, David Butler. Showcasing a mix of poetry, fiction, and a musical guest, plus an open mic, where established writers read alongside both up-and-comers and complete newbies, STACCATO is shaping up to be one of the most inclusive and egalitarian literary events in Dublin! February’s guests are poet and novelist, Mary O’Donnell, poets Breda Wall Ryan, Paul Bregazzi and Stephen James Smith, and fiction writers Lisa Harding and Aiden O’Reilly, with music from Rachel McCormack. STACCATO takes place in the basement of Toner’s, Baggot Street, on the last Wednesday of every month (24 Feb). More info from STACCATO Spoken Word events. 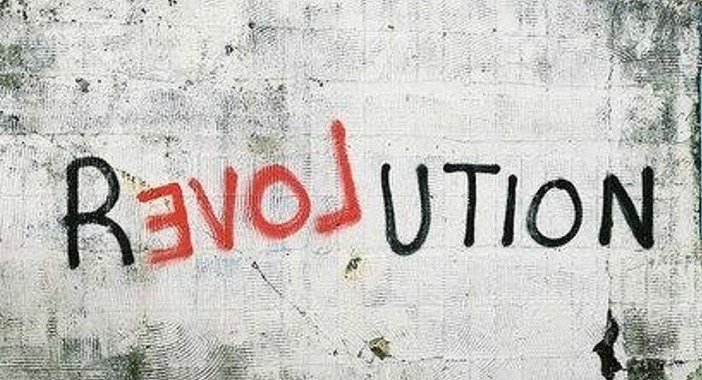 Final call! Headstuff are accepting poems on the theme of Revolution NOW until 5 Feb. If you have a poem that tackles the idea of change and the modern world, whether social, political, personal or otherwise, send it our way! See our current call for submissions for more details. For more information on opportunities for poets, take a look at this list of poetry competitions and submissions for February 2016.

If you have a poetry event coming up in March that you’d like to see featured here, send details to [email protected] by 25 February, for inclusion in next month’s Poetrybeat.

New Exhibitions in February | ‘All is not Lost’, ‘Object Wars’, ‘Doggie Eyed Stare’ and more