Kerrie O’Brien’s Banjaxed Foot Brought her Back to Poetry

Kerrie O’ Brien has been published in various Irish and UK literary journals. In February 2012 she was the first poet to read as part of the New Writers Series in Shakespeare & Co. Paris. Her poem Blossoms was chosen as the winning entry in the Emerging Talent category of the 2011 iYeats Poetry Competition and her work was highly commended for the Over the Edge New Writer of The Year Competition 2011 She was the winner of the RTE Arena Flash Fiction Competition 2012 and Culture Ireland sponsored her to read in Los Angeles in June 2012. She has received an Arts Council Literature Bursary for her first official collection and  two of her poems have appeared in New Irish Writing in the Irish Independent. Her poetry chapbook Out of the Blueness was published in 2011 and she is currently working on her first collection Illuminate.

Can you tell us a little about your chapbook and the mark you feel it’s trying to make on the poetry landscape? Why did you write it? Do you feel it achieved what you set out to do?

I never planned to bring out a chapbook – I simply got to a point where I’d had over thirty poems published but I felt nowhere near ready to produce an official first collection. Lapwing approached me and I decided to go with it. I found it made a significant difference – it was brilliant having something to sell at readings – it literally provided the price of a bus fare and pints when I was totally broke.  [pullquote] Poetry has always been a form of cathartic expression for me. [/pullquote]

I found people took me a lot more seriously too. I think chapbooks are the equivalent of a band bringing out an EP before an album. I got an original batch of fifty printed and did a launch thinking I would never sell them all. To date I’ve sold over four hundred copies, which I still can’t believe. I’d highly recommend bringing out a chapbook to anyone starting out in poetry.

Do you feel that your poems are a reflection of your own life, or does your poetry create a separate identity? And how do you go about deciding what bits to reflect or which bits to create?

Yes they all reflect my life – some more directly than others. I tend to write about my experiences – it’s always been that way. Poetry has always been a form of cathartic expression for me. The poems that I most connect with are always ones about personal experience, so I suppose I tend to write the kind of poems that I like to read. The most brutally emotionally honest poems are always the ones that people connect to the most – which is difficult because it’s a vulnerable thing to do, to expose so much of yourself –but the best poems have always been the confessional ones.

Did you simply fall into being a poet, or was it a less natural process?

It was a complete accident really. I always loved the idea of being a writer but I had never written anything at all until I started college. I couldn’t connect to poetry in school and found it hugely intimidating. In my final year I got a poem published in Icarus and that gave me the encouragement to keep submitting to journals. In my first year after college I was working part-time in a gallery and had lots of spare time so I decided to do a poetry course with Alan Jude Moore in the Irish Writers’ Centre. I eventually ended up working there which made a significant impact on me. I was suddenly surrounded by writers and I started going to the open mic nights and discovered that there is a huge supportive community of writers in Dublin. [iframe id=”https://www.youtube.com/embed/tAvupqVNjF0" align=”center”]

Do you write everyday? How  do you balance work and writing life?

After such a long time shutting myself off from all my creative habits, I’d kind of forgotten that I could write – but luckily I put a huge amount of focus and concentration into it and produced a huge amount of new work that I am very proud of – I forgot how rewarding and fulfilling writing can be. I’m happy I waited though – I always sensed I was capable of stronger work and it finally came in those weeks. I suppose it’s all about making writing a priority and making time in your daily life to actually sit down and do the work. I try to write every few days now – or at least make an effort to think about ideas.

Where would you hope to take your poetry next? What are you interested in exploring with it?

I’ve essentially written my debut collection now, so I want to spend some time editing it and getting as much critical feedback as I can before it gets published. It’s going to be called Illuminate. I used to write a lot about intimacy but the new poems are more spiritual and abstract – I look forward to pursing those themes further. I recently had work in the Irish Examiner and there’ll be more in the Irish Times in a few months. I’m going to focus more on submitting work to journals and competitions while doing readings again. 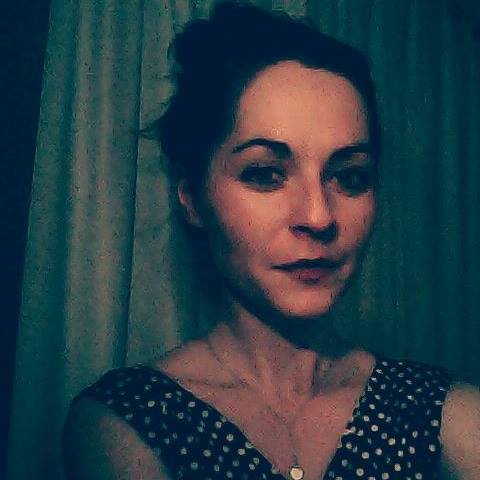 Who would you mark as your influences and why?

Sharon Olds was the real reason I started writing. I came across her poem ‘The Promise’ in a photography book by Nan Goldin and it had a huge effect on me – I didn’t know poetry like that existed – it was raw and confessional but also structured and beautiful. Birthday Letters by Ted Hughes was another collection that I really connected with and I return to it again and again. When I was in Berlin, a few years ago, I picked up a second hand copy of Love Alone by Paul Monette – poems he wrote about his love dying of AIDS. It’s one of the best things I have ever read – for some reason the elegiac form is the one that appeals to me most. The Staying Alive anthology edited by Neil Astley also opened up a whole world of contemporary poets that I would never have come across otherwise. Apart from that, The Kiss by Anne Sexton, Preludes by T.S. Eliot, Love: Beginnings by C.K. Williams and Late Fragment by Raymond Carver were all hugely influential. 7.

Do you journal or carry a notebook or take notes and if so, how do you feel this effects your writing?

All my poems start out from journaling random lines. I’m terrible at doing it in a proper organised way – I always end up with a load of things scrawled all over napkins and bus tickets. I’ve learned that when an idea/line/image comes, you really should pounce on it and go with it while it’s in your head otherwise you lose it. But I do think it’s worth doing something like a writing retreat. I spent a week in Annamakerrig in 2012 and got a startling amount written. In general the whole process of writing poetry involves an awful lot of staring out of windows and thinking – there’s far more thinking than writing.

What poem in the collection came easiest to you and why?

Nothing in the new collection has come easy to be honest. I had a few concepts in mind – certain experiences or moments that I wanted to write about but it took a long time to craft them into finished poems. One of my favourite ones – Notre Dame – was a nightmare to edit. I could see the poem in my mind but it took hours to express it on paper. But it was worth it. I wrote most of the poems in Out of the Blueness very quickly with no real worry about how they fit together – the process has been completely different for the collection.

I suppose I get to the root of certain things through writing. It’s kind of like a psychological process – you’re peeling back layers. A certain clarity comes with writing – it helps me process my thoughts and emotions. I think when you write poetry you’re essentially expressing your experience of the world.

Sorcha Ní Mhealláin is a secondary school teacher, poet and Utopian from a little townland in the North West but based in Dublin. Having lived in 7 countries, Sorcha is passionate about travel, culture and having the craic with as many people as possible at any given time. Amongst Sorcha's many loves are poetry, politics agus an teanga Gaeilge. Check out Sorcha's debut poetry video can be found by searching "Steps" and "Sorcha Ní Mhealláin" on youtube. She also blogs at sorchanimheallain.blogspot.com

The Week on Twitter: Abortion Laws, Liam Neeson & the Angelus