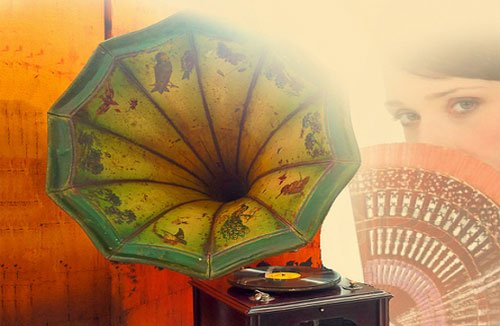 “Lady Windermere’s Fan” was first performed on 2 February 1892 at the St James Theatre in London and was Wilde’s first theatrical success. As a satire on Victorian morality, the play could not have been other than controversial at the time, and delighted the swelling ranks of his admirers, as well as further scandalising his vociferous, and often powerful detractors.

The play is centred on the tension created by the moral ideals prevalent in late Victorian society, particularly those concerned with the marital relationship, and the human limitations of those trying to live by them, and the narrative and comedy of the piece rely on this tension. Wilde’s tendency to pepper his work with his pithy little epigrams, many of which have achieved immortality well beyond the contexts he gives them, creates a problem for producers of his work, as the characters can sometimes appear mere vehicles for his witticisms; the audience sound-bite spotters, rather than followers of the plot. All of this presents an interesting challenge to anyone intending to take on the play, the latest contenders being Ruby in The Dust, at The Kings Head Theatre in Camden.

Directed by Linnie Reedman, the play is up-dated to the thirties, another period of great social change, and the tattily, faux-ornate stage furnishings and the drapes, artfully hung to suggest windows in blank stage walls, the whole lit in sombre hues, give a suggestion of times past and passing, and a mild feeling of claustrophobia. The theatre, located in the back room of the pub and adapted for dramatic productions, has the audience crammed in, the toes of those in the front row a few inches from the low stage, and this certainly works to make everyone feel part of events. I, for one, had occasionally to fight the urge to comment on particularly arresting pronouncements from the characters, so connected to proceedings did I feel!

Ellie Nunn, who happens to be the daughter of Sir Trevor Nunn and Imogen Stubbs, takes the lady Windermere role. She impressed the critics in “Bombshells” at the Jermyn Theatre, her recent debut in the West End, raising expectations of her performance here, which she met with aplomb. Hers is a nuanced but very human performance, and she succeeded in carrying the sympathy of the audience through-out. As explained in the Programme Notes, Reedman and Nunn intentionally adapted the character to move away from the prim conventionality usually portrayed, in favour of something more original. Given that the whole piece revolves around that very conventionality, this is a bold move but is, I think, at least partially successful.

When Lady Windermere describes herself as “a puritan” in the first scene, she means it, and, whilst perhaps naïve, this is in not portrayed as a pose as then, the fall from her ideal as events unfold, makes no sense. Nunn’s portrayal, as Lady Windermere defends her honour against the over-enthusiastic compliments of Lord Darlington, comes across as a modern woman dealing with an inveterate flirt, and goes well beyond the character’s capabilities – at least before the experiences portrayed in the play. As matters progress, and she becomes convinced of her husband’s betrayal, her strong will, hitherto masked by her Victorian conventions, becomes more evident and, therefore, more consistent with Nunn’s characterisation. Hence, not a perfect fit, I think, but an interesting new perspective.

Lady Windermere’s suspected love rival and, as it turns out, mother, Mrs. Erlynne, is played by Ruth Redman and she is very impressive, managing to fully explore the complexities of the character whilst succeeding in ringing some sympathy from the audience. Mrs. Erlynne is manipulative, ruthless and self-centred; but a bit more than that too. The scenes she shares with Nunn are all very well handled and, from the privileged position of the audience, knowing as it does, the true facts, the wife/mistress, mother/daughter interplay is affecting, and the pain Mrs. Erlynne feels appears real. One fears for her future, so the fact that she gets together with Lord Augustus is a relief. We know she’s using him, he knows that too, but one feels that they will both benefit from the arrangement.

Ruari Cannon, as Lord Darlington, does not entirely convince as the prospective love rival, his performance being a little stiff, and his timing, especially when faced with Wilde’s many epigrams, not perfect. Steven Clarke’s, Lord Windermere, caught in his social and moral web, achieves some empathy with the audience as he struggles with his predicament, but there is a lack of real chemistry between he and Nunn.

Nathan Lubbock-Smith plays Cecil Graham with a cheeky, camp-ness which chimes well with the character’s tendency to mischievously throw more conflict and confusion into an already confused mix. You’d do well not to invite him to your dinner party!

Lord Augustus, as played by Graham Hoadly, is that not very bright, slightly reprehensible, but ultimately harmless character, who props up bars just about everywhere, and is generally liked but little respected. Such a character is easily used, and Augustus at least has the wit to know it and then go with the flow. Hoadly’s interpretation of the part is spot-on.

Jo Ashe ‘s Duchess is the gossip from hell, who manages to combine a singular lack of self-awareness with spite masquerading as social concern. Ashe plays the part brilliantly, came close to stealing a few scenes, and is a much more obscure actor than she deserves to be. Casting Directors take note.

Ruby in The Dust’s production of Lady Windermere’s Fan is based on a conception, which isn’t entirely successful, but succeeds more than it fails. Ellie Nunn is clearly a young actress to watch and the cast, in general, gave very creditable performances. All in all, an enjoyable and very worthwhile evening.

Mark is a writer, researcher and music promoter based in London. He contributes to the Richard Dawkins Foundation website, among other outlets, and is currently researching both the history and philosophy of science.

Aleister Crowley, “the wickedest man in the world”