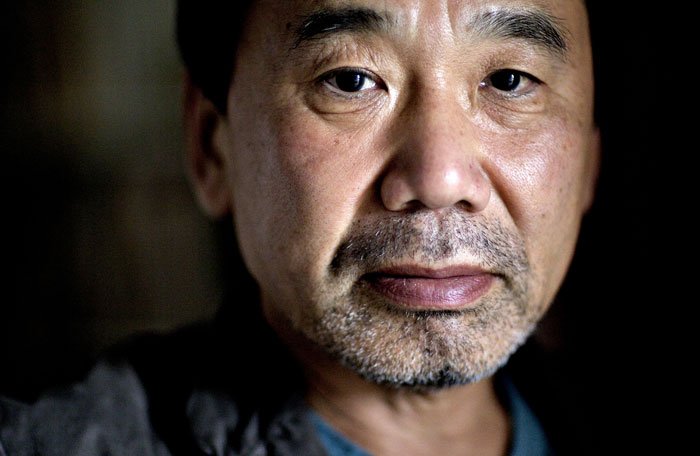 Let it be known that Japanese writer Haruki Murakami does more than write about cats. While accepting the ‘Welt Literature Prize’ in Berlin last week, he acknowledged the pro-democracy protestors in Hong Kong and made a comparison to East Germany residents prior to the fall of the Berlin Wall.

He said it was the duty of novelists to help readers penetrate the walls which represent control and repression. He expressed how stories harness the imagination, and by appealing to the reader’s imagination it can also inspire a sense of possibility and of freedom. He said a world without walls can be imagined “in the quiet but sustained effort to keep on singing, to keep on telling stories, stories about a better and freer world to come, without losing heart”.

While Murakami took a stand in support of the student protestors in Hong Kong, students in Taiwan are immersing themselves in the study of his literature at the ‘Murakami Centre’ in Tamkang University. The institute which was established last summer delves into his work and explores the economic and social influence Murakami’s writing has had on Taiwanese people of all ages. Murakami’s writings have had a huge impact on Chinese society, particular in Taiwan and have inspired young people in particular to feel freedom through his characters and stories. 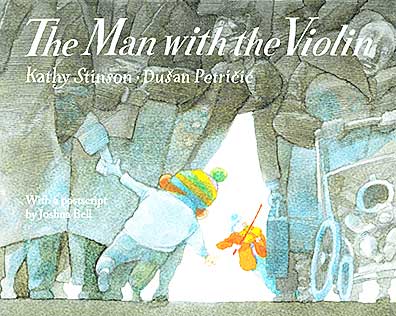 This book, written by Kathy Stinson and beautifully illustrated by Dušan Petri?i? is based on an experiment arranged by the Washington Post where acclaimed Violinist Joshua Bell played his Stradivarius in a subway Station. Commuters bustling past paid very little attention and only a handful of people stopped to listen, children were his most captive audience. A gentle reminder of the perceptiveness of children and their wonderful capacity to see beauty in the most unlikely scenarios.

A children’s mystery by Patrick Modiano, is due to be translated into English and released in by Andersons Press. The French writer quite unexpectedly took the 2014 Nobel Prize for Literature this year. It appears there is a flurry now amongst the literary world to publish more of his work, with Yale University Press announcing the publication of a trio of Modiano novellas. Meanwhile, the French Minister of Culture, Fleur Pellerin is an eejit and announced that she hasn’t read any of the Nobel Prize winner’s books. In fact she admitted she hasn’t read a book in two years, since being taking on her new role. Not great Fleur. Not great.

A reminder never to give Scarlett O’Hara an iPhone, or brandy.

A hilarious new book has been released entitled ‘Texts from Jane Eyre’. Author Mallory Ortberg envisgages what it would be like if famous literary figures used modern technology. Perhaps Heathcliff would have turned on his GPS and stopped straying into the moors.

Ashley Wilkes:
Scarlett, it’s four in the morning and I have to get up in two hours to run your mill
Please don’t text me this late

Scarlett O’Hara:
oh i sold the mill
haha
did i not tell you that

Scarlett O’Hara:
did you know that pantalets are out this year
that’s why im not wearing any : )

That Batgirl, or Barbara Gordon, was a librarian during the day. The divil.

THE BIGGEST BOOK SHOW ON EARTH. EVER.

World Book Day has announced a tour for 2015 with The Biggest Book Show on Earth. Events will run from 23rd February – 6th March, including a stopover in Dublin on the 4th March which will host a number of speakers including David Landy, author of the Skullduggery Series. Director of World Book Day, Kristen Grant expressed great anticipation for the tour this year and its arrival in Dublin saying ‘I hope that enjoying performances by so many brilliant authors will inspire children to see the endless possibilities and fun to be had between the covers of a book’. 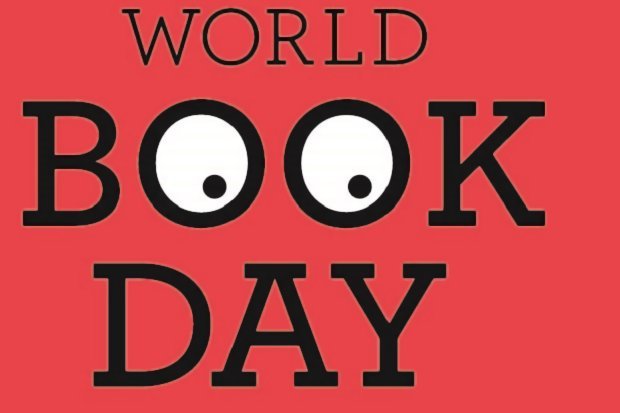 The shortlist has been announced for writers who aren’t sexy. Well, no that’s not actually true, and would also be very mean. This award is in fact honouring the author who is the worst at writing about sex. Recent Booker Prize winner, Richard Flanagan has made the cut for writing about two lovers being rudely interrupted by a dog eating a penguin. He knows what’s up.

The Snow Queen by Michael Cunningham

The Narrow Road to the Deep North by Richard Flanagan

The Hormone Factory by Saskia Goldschmidt

Colorless Tsukuru Tazaki and His Years of Pilgrimage by Haruki Murakami

The Age of Magic by Ben Okri

The Affairs of Others by Amy Grace Loyd

Things to Make and Break by May-Lan Tan

The Lemon Grove by Helen Walsh

The Legacy of Elizabeth Pringle by Kirsty Wark

Children’s fairytales were originally told to teach children about the utterly dark and terrifying aspects of life. The Brothers Grimm in particular set out to regale children with blood curdling stories that have been patched up and made into glossy tales of love and heroics for more than 200 years. Princeton University Press defies these glossy covers and has released 156 stories illustrated by Andrea Dezsö, which depict the darker side of these well loved characters as well as some gruesome new additions.

Know More | An Interview With B Dolan