French magazine Céline, the embodiment of all that is chic and cool in fashion has upped its game by releasing an ad campaign framing the face of iconic writer and literary journalist, Joan Didion. Céline has sent its fans into raptures by selecting such a prolific and effortlessly glamourous woman to adorn their pages.

A Year Of (Face) Books

As if Mark Zuckerberg wasn’t influential enough, he has now decided to tell people what books they should read. The founder of Facebook appealed to his followers this week and asked them to come up with a challenge for him to undertake for 2015. After trawling through a host of suggestions Zukerberg has decided to read one book a week and then post his comments on an online forum, which is sure to become one of the largest online books clubs ever.

Take a look at this fascinating info graphic (PrinterInks) exploring when and why publications have been banned for various, often absurd reasons. 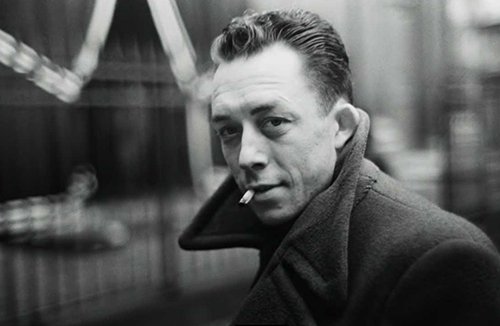 An Ode To La Peste

55 years ago this week, Albert Camus, the Algerian born French author of La Peste (The Plague) and L’etranger (Stranger), a writer who was fascinated with ideas about mortality and death lost his own life in a car collision. A grim tale, certainly, but use this as an opportunity to explore the readings of a man who shed a fascinating light on the absurdity of life and who wrote such inspiring lines as “who knew now that if there is one thing one can always yearn for, and sometimes attain, it is human love”.

The Original Hipster, By T.S Eliot

This year marks the 100 year anniversary of The Love Song of J. Alfred Prufrock, a character created by poet T.S Eliot. Prufrock embodies the modern subculture of generally white, city dwellers, detached yet attune to his surroundings, voilá the epitome of a hipster. New York Times writer Christy Wampole wrote of the hipster as a ‘scholar of social forms’ always ‘foraging for what has yet to be found by the mainstream’. Whatever your opinion of a hipster is, disdain or otherwise, they exist as wanderers within the city, a focal point of their lifestyle. Just as in Eliot’s poem where the city skyline plays as integral a role to the poem as the protagonist himself.

This month Milk and Cookies at the Irish Writers Centre are joined by special guests, Mental Health Arts Charity, First Fortnight. The theme this month is based on the famous Beatles song, With a Little Help from My Friends. Stephen James Smith, poet and veteran of the First Fortnight Festival will be one of the evening’s featured storytellers.

Literature website The Millions has selected a delightful and comprehensive list of books to look out for in 2015 (if you grow tired of Zuckerberg’s ramblings). One book to make the cut is Young Skins by award-winning Irish writer, Colin Barrett. In referencing Barrett’s work the article explains how Ireland is ‘ridiculously fertile ground for writers’, also acknowledging that the comment is slightly cliché given the great Irish authors that the country has produced over the centuries. Once again, Irish people prove themselves as some of the best storytellers in the world.

The Story House in Waterford is offering a 5-day residential workshop in Waterford next March. The course is priced at €595 so, if like me, you are not a millionaire but you are eager to hone your writing skills, you can enquire at your local Arts Office to see if you can avail of supports in order to avail of this opportunity.

March will also play host to the Mountains to Sea Dlr book festival which will run alongside the Poetry Now Festival. The full festival programme will be announced on February 4th.

Oh To Have Email

New information from Swedish Newspaper Svenska Dagbladet reveals that had a letter from Jean-Paul Sartre rejecting the Nobel Prize arrived on time, the French existentialist and famed author of Huis Clos would never have been selected as winner of the prize and hence obliged to reject the honour. According to the paper, Sartre stated in his letter that he “did not wish to be included on the list of prize winners, neither in 1964 nor in the future, and that he would not be able to accept such an award”. The writer who always declined official honours such as this gave his reasoning as not wishing to be institutionalised either within the East or West. “The writer must therefore refuse to let himself be transformed into an institution, even if this occurs under the most honourable circumstances.” 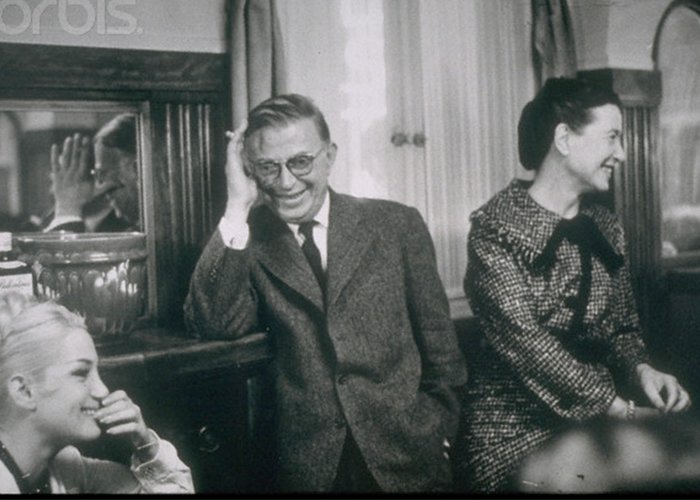 Succeeding at Reception in 3 Sexy Steps