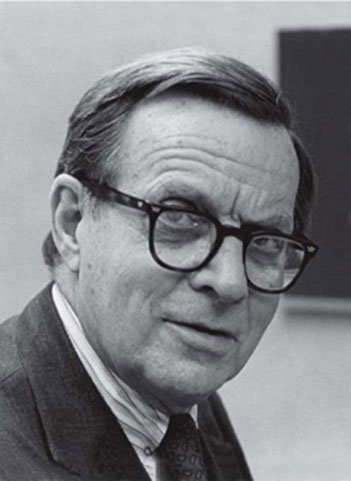 Rather than writing about the current science topics that are being taken up by the media, this time I will write a brief review of a book that I found fascinating and that I think many people (non-scientists included) would enjoy. I came across this book while in the lab taking a look through the shelves of the canteen searching for a distraction. Most of the shelves in the lab are full of champagne bottles celebrating various events such as promotions, papers published, some people have even celebrated their first ever piece of data (it really doesn’t take much to get the champagne flowing here) but there is also a big collection of old textbooks. This book, however, isn’t a text book, ‘The lives of a cell: Notes of a biology watcher’ by Lewis Thomas, is actually a collection of essays which Thomas wrote back in the 1970’s for one of the highest ranking scientific journals the New England Journal of Medicine. This is quite a philosophical book with subjects ranging from zoology, immunology, language, death and space exploration. These subjects are all linked together through Thomas’ idea that everything on earth is connected in some way or another. The topics change from chapter to chapter, lasting only several pages each, leaving very little time for boredom.

The author, Lewis Thomas (1913-1993), was an American medical doctor with a great interest in research. He specialised in immunology and microbiology where he carried out a lot of work on inflammatory processes such as how blood vessels react to skin injury and pain.

From the first few pages it is clear that Thomas was a skilled writer and scientific philosopher. This book is very stylishly written with a lot of humour backed up by solid facts. Thomas has the capacity to get across his ideas in a very smooth manner, teasing out information and allowing the reader to come to their own conclusions. This book is highly quotable, as the sentences are beautifully structured and ideas well constructed.

Reading this book I get the impression that Thomas was quite a bright and eccentric person; this book definitely reflects these characteristics. While reading this I can’t help but think of a David Attenborough sort of character but probably not fit for television.

“Pathogenicity may be something of a disadvantage for most microbes… the man who catches a meningococci is in considerably less danger of his life… than the meningococci with the bad luck to catch a man.”

In another chapter Thomas talks about birdsong and how he doesn’t accept that when the bird in his garden is singing, this only means “Thrush here”. Thomas would like to believe that the Thrush is singing for pleasure;

“He seems to be practicing like a virtuoso in his apartment. He starts a run, reaches a midpoint in the second bar where there should be a complex set of harmonics, stops, and goes back to begin again, dissatisfied.”

Thomas not only writes about natural phenomena but he also ponders great philosophical questions such as, if we were to send a message out into space to communicate with extra-terrestrial life what should we send? Thomas warns us that we should take into account that this message may take hundreds of years to arrive and hundreds of years more for us to receive an answer. Finally, he suggests that we send out the one form of language that never ages, music, he says;

“I would vote for Bach, all of Bach, streamed out into space, over and over again. We would be bragging, of course.”

Thomas uses a lot of biological references to explain his ideas and because of this I am reminded of the nature programmes that we watch on TV. These programmes are fascinating for everybody, not just scientists, and I think the same goes for this book. This is justified by the fact that this book has won many awards, including the National Book Awards in 1975 for ‘Arts & Letters’. If you read the acceptance speech for this award, you will notice that Thomas tried to put forward the idea that understanding of complex scientific ideas should not be left only for scientists to try to understand. Rather, we should bring people in from different disciplines, such as the arts, to further improve our knowledge and understanding of the world around us. I think this is a really great idea and shows that this guy was ahead of his time. I fully believe in the importance of getting big (and small) scientific discoveries out into the mainstream media and I can imagine that if Lewis Thomas was alive and kicking he would be very happy with the articles coming out on HeadStuff, a mix of art and science, which, in my opinion, works fantastically.

Thomas has published many other books and although I haven’t got around to reading them yet, they are definitely on my list.