Laura Salters is a suspense author from Berwick-upon-Tweed, the northernmost town in England. Ahead of the release of her debut novel, Run Away, she took the time to answer a few questions about the book and life as a published author.

1. Can you tell us a little bit about Run Away and why you felt it was a story you had to write?

When Kayla’s brother commits suicide, she books onto a gap year scheme to Thailand to escape her grief—and to find herself in the process. While she’s out there, she meets a funny, charming guy called Sam and pretty soon they fall in love. But three months later, he vanishes, and she collapses in a pool of his blood. She returns to England suffering from crippling nightmares and the niggling feeling that nothing is as it seems, and the narrative flits between past and present as the reader tries to figure out what happened alongside Kayla. It’s equal parts fun romance and dark suspense, with exotic locations, drunken antics and plenty of red herrings thrown in for good measure!

There seems to be a lot of young adult fiction out there, set in high school and the like, and of course there’s a huge market for adult fiction. But as a student, I couldn’t help but notice that there wasn’t much out there about people my age—going to university, going travelling, growing as a person. It’s a funny kind of in between time, and I wanted to explore that in my story.

2. Are there many, if any, similarities between yourself and Run Away’s protagonist, Kayla?

Definitely. She loves running, Nutella, travelling and coffee! She’s also stubborn, self-deprecating, and a little feisty, which *may* be traits I also share.

3. How do you think you would handle the events of the book compared to how Kayla did?

I’d be much more of a mess than she is. I’m terrible at dealing with tragedy, even when it doesn’t affect my life at all. Global disasters like earthquakes really rattle me, as do terrorist attacks I’m nowhere near (as a journalist, the attack on Charlie Hebdo really threw me) and car accidents I’m not involved in. So I think I’d be pretty awful if I lost my own brother and my boyfriend within three months of each other.

4. Do you draw inspiration from real life experiences when writing, or is your work entirely fictional?

I don’t think any book is entirely fictional. Even in works like Harry Potter or Lord of the Rings, where the worlds and settings are wildly imaginative, the core of the stories rely heavily on raw human emotions and motivations. That’s why we can suspend our disbelief and enter these worlds—because we can identify something within the characters that we relate to. So in that sense, of course I draw from real life experiences such as grief and heartache. But in a literal sense…not really. I’ve never even been to Thailand!

5. Who would you say are your biggest influences and why?

I went through a solid five years of adoring crime fiction, so in terms of dark plots and twist endings, I have to say Harlan Coben and Linwood Barclay. Specific books that I read just before writing RUN AWAY and felt really inspired by were Lucy Clarke’s THE SEA SISTERS and Bea Davenport’s IN TOO DEEP. I loved the subtle, quiet way they dealt with their suspense plots. The books weren’t packed with guns and bombs—they were about relationships and psychological issues. Very clever writing.

I’m also a big fantasy lover, so of course I adore JK Rowling, JRR Tolkien, George RR Martin and the like. Recently I’ve been into Leigh Bardugo, Sara Raasch and Victoria Aveyard too. They’re very exciting new names in the fantasy world.

6. Let’s talk about your background. Has writing always been a big part of your life? Do you feel you were destined to be an author?

I definitely don’t believe in destiny. You make your own luck. Nobody is responsible for your success but you. Saying that, I’ve always been a huge bookworm. When I was growing up, I read everything in the kids section of my local library at least four times—I couldn’t get enough! I also tried my hand at writing my own—my poor dad had to read my stories and pretend he loved them. However, everyone tells you it’s impossible for an unknown author to get published and make a career from fiction writing, so I kind of put my dream on the backburner and tried to do something “proper.” It wasn’t until I took a Creative Nonfiction module in my final semester of my journalism degree that I reignited my passion and decided to make a go of it properly.

7. How did it feel when you found out that HarperCollins wanted to publish your novel? It must have been a surreal moment.

Honestly, it still doesn’t feel real. When I got the call from my agent, I think I told her to shut up several times before I believed she wasn’t kidding, and we actually did have an offer on the table from HarperCollins! When you’re trying to get published, all you hear is how difficult it is to break into the industry, so to have made it on my first try is just incredible. Landing my literary agent was my big break—her agency (based in New York) represents the likes of Divergent author Veronica Roth, so I’m in great hands.

8. Now that Run Away is about to be released, are you excited that people finally get to read it?

[p[pullquote]u only debut once, and I plan to make the most of it.[/[/pullquote]p>

Excited and nervous. I think I’ll be okay with the bad reviews, because every book gets them, right? My worst nightmare is that nobody reads it, and it’s a total flop. I think every author has that fear. Oh, and I’m also terrified that my gran and all her scone-loving mates are going to be reading it. There’s sex, drugs and rock ‘n’ roll in this book…it’s hardly OAP appropriate! Thankfully she doesn’t understand the internet, so she won’t be reading this. I hope.

9. What are your plans for launch day? Will it be a day of celebration or will you try to keep yourself distracted from the madness surrounding the launch?

I’m actually flying to Spain the next day (my release date was pushed back a few weeks—the holiday wasn’t supposed to be so close!) so launch day will be pretty low-key. I’ll be hosting some online festivities during the day, then heading down to the pub for bubbly at night. But there’s no way I’ll be able to stay distracted! You only debut once, and I plan to make the most of it. Then when my paperbacks are released in late June, I’ll have an actual launch party at a local bookstore. Which I can’t even think about without having a mild panic attack…

10. What’s next for Laura Salters? Is a follow up to Run Away in the works or do you have other ideas you want to explore?

All the books! I’m currently working on another suspense title, which is entirely different to RUN AWAY, plus a four-book young adult fantasy series. It’d be a dream come true to land another book deal, and I plan on giving it everything I have!

11. What is your one biggest hope for your future as an author? Is there something you definitely want to achieve in your career?

I’m ambitious to the point of ridiculous. I want multi-book deals, foreign rights sales, movie adaptations and, essentially, world domination. You have to aim high, right? In all seriousness, I really believe that I managed to get my first manuscript published because I was so ambitious and determined. If I approached it half-heartedly, I’d never have made it through the tough times—the rejection and the endless waiting can be tough if your heart isn’t fully in it.

12. Finally, what advice would you give to those who have just started writing and dream of getting a novel published?

[p[pullquote]n’t underestimate the importance of being good to work with. No matter how good your writing is, if you’re a jerk, people will run a mile.[/[/pullquote]p>

Just finish the damn book. You wouldn’t get halfway through a marathon and think, “Well, I’ve got this far, but I think I could have done it better, so I’ll go back and do the first half again.” It’s the same with writing – don’t get halfway through a project and be tempted to go back and edit the first half. Reach the end. Once you have a first draft, then you can think about editing, restructuring and polishing.

Your attitude also needs to be in check. First, practice makes perfect. The more you write, the better you’ll get. Nobody starts out a master of their craft – you have to do your apprenticeship. The good news is you can do it from your bedroom, and it’s the funnest learning experience in the world. And don’t get disheartened. You’ve all heard the lines. “You can’t break into publishing unless you know someone.” “You’ll never make a living from writing.” “It’s not a real career.” Ignore them. Be positive. Be ruthlessly optimistic. Throw yourself into your passion.

Finally, work hard and be nice. That’s my mantra. Don’t underestimate the importance of being good to work with. No matter how good your writing is, if you’re a jerk, people will run a mile. Be humble and gracious, accept criticism, make friends. Enjoy it. Love the journey. 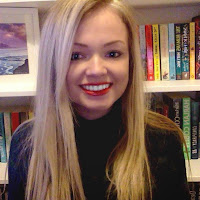 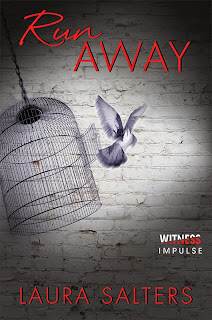 Drenched in blood and sitting in the sweltering interview room of a Thai police station, Kayla Finch knows that Sam, the love of her life, is dead. It doesn’t matter that there’s no body. All that blood can only mean one thing.
It isn’t the first time Kayla’s had blood on her hands. After finding her brother dead by his own hand, she tried to outrun her grief by escaping to Thailand. Heart-broken, the last thing she expected was to find love on the smoggy streets of Bangkok. But everyone Kayla loves seems to wind up dead.
Returning home to England, Kayla is left with a barely-functioning family, a string of gruesome nightmares and the niggling feeling that nothing is as it seems. And as she confronts her brother’s suicide, she starts to suspect that something is very wrong.
Three months. Two tragedies. One connection: there’s more to both cases than anyone is willing to admit. And Kayla’s determined to uncover the truth…no matter what the cost.
Want to read the first chapter for free? You can find it HERE!

Mick is a man of great ambition, and that ambition is to watch every single episode of E.R. He spends his time rambling on social media to make up for his lack of real life social skills. You can find him tweeting @mickmahady