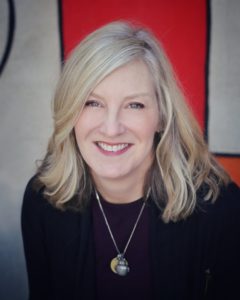 Jennifer is the author of four books of poems. The New York Times Book Review said her latest, Days of Shame and Failure, “hits, with deceptive ease, all the poetic marks a reader could want: intellectual curiosity, emotional impact, beautiful language, surprising revelation and arresting imagery.” Her first three books of poems are The Mystery of the Hidden Driveway, Drunk by Noon and A Gringo Like Me.

Who have been the biggest poetic influences on your work throughout your career?

James Tate, certainly. I saw him read in Iowa City, and everyone was cracking up. I didn’t know you were allowed to make people laugh at a poetry reading. Before JT, I fell in love with Lucille Clifton and the very unfunny Richard Hugo—a “Big Balls” poet (as my poet friend calls him).

There are different kids of humour; I traffic in the incongruity theory that attempts to subvert the expectations of the reader. Some (most?) people don’t like to have their expectations subverted—they’re like, “What the fuck?! This isn’t what I ordered!”  To engineer surprise, I have to be open to surprising myself, which is vulnerability. Sometimes, I’m surprised by what a complete shit I am. Then I have to go be surprised by something else—like the convoluted beauty in my 87-year-old mother’s elliptical ramblings. The reader doesn’t know what I’m going to do, and neither do I. Leaning down to read a poem and making it all the way to the end is the ultimate act of vulnerability. Who knows what’s in that poem! The last line could say, “Here’s a secret you don’t know: your father killed your twin sister,” but I’d never (probably would not*) do that. I’d (probably*) say, “My father killed my twin sister,” or, even better, “I killed my twin sister.” I often write in persona which gives both me and the reader a distance from the surprise and our vulnerability: “It’s OK. This isn’t real.”

How influential has TV and Film been on your work? Are there any particular shows/films that you revisit in the writing process?

It’s as influential as poetry—maybe more, because the silence in poetry is signified by words or their absence. In a poem, you don’t see someone choosing to say nothing. You have to be told with words that’s what’s happening. I just realized that I try to recreate moments that are without words in a poem made of words. I especially love westerns. Sometimes I need to rewatch the opening credits of McCabe and Mrs. Miller over and over and cry and cry. [Don’t mind if I do!]

In an essay for the Washing Post you wrote that ‘Without readers, we’re just typing. I’ve written many poems that I would NEVER workshop because, if I workshop a poem, it means I want to hear how my words make people feel.’ Would you be able to talk through a little on how this forms part of your writing process?

Back to the vulnerability. I’ve written hundreds of poems* that, in an attempt to conjure surprise, are gross, mean, stupid, and simply gratuitous. They punched down instead of up, as Chris Rock says. I’ve published many of them, but I eventually learned that they wasted a workshop’s time.

From prose-poetry to more ‘traditional’ rhyming forms, your poetry seems to experiment and utilise different forms. What is your approach to form, or hybrid forms like the prose-poem. Is this something that your conscious of when starting to write a poem?

The content tells me what to do, but it can take awhile, like after I’ve beed editing a poem for a year or more. Form is seeing through reader’s eyes, which is a completely different skill from generative writing—that’s me talking to myself.

The collected stories of Lydia Davis

What next for you work?

Crushing It, Copper Canyon, Fall 2020, and a culinary memoir.

Where can readers find your work?

It looks like Amazon UK has the books, but that sounds corporate and icky. I’d love to know if small book sellers carry it.