Did you ever think of becoming a writer? When I was asked that question in 1975, it had never crossed my mind.  But I’ve spent the last 38 years following a vocation that was uncorked by that simple, provocative question.

At the time, I was 18, working as a civil servant and in my spare time taking a correspondence course in freelance journalism. Sounds so old-fashioned! And it was. Every two weeks I would get course work in a large brown envelope from London. I’d study the literature, batter out an assignment on my Royal portable and post it back to my tutor.  I say “my tutor” as if it were a personal relationship, but that’s completely misleading.

Our relationship consisted of my sending off earnest feature articles and getting back a short – and usually fairly non-committal – paragraph of comment typed at the end of them signed with the initials A.R.E.  I knew nothing about this A.R.E.  I didn’t even know what gender he/she was; I presumed he was a man and still imagine him as male. 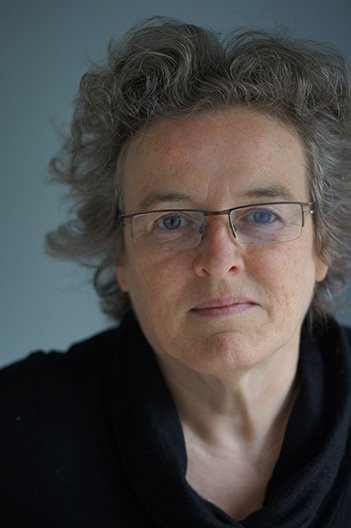 After a dutiful ten weeks, my last course assignment was to write a short story.  (How this fitted in with freelance journalism I never discovered.)  I had never written fiction, unless you count keeping an embarrassingly confessional adolescent diary.  But faced with the daunting task of coming up with a short story to order, I was innocent (or ignorant) enough not to feel any fear and biddable enough to do what I was told.  I don’t remember being intimidated by the blank page or embarrassed by my lack of expertise; I simply sat down, wrote a story and sent it off.

Two weeks later, A.R.E. returned my story with what was, from him, a rave review.  He spoke about great promise, asked was this my first attempt at fiction and finished off with that question – did you ever think of becoming a writer? It had never struck me to entertain such a notion.  I had come from a long line of teachers and civil servants; I had never even met a writer.  And even if I had wanted to be a writer it wasn’t something I would have advertised. I had been good at English in school, I was an avid reader, certainly, but a writer. . ?

The trouble was that once the idea was planted, it wouldn’t let go.   After that first story, others came.  There would be many rejections – and still are – before there were any visible signs that I had “become” a writer. During fallow periods, of which there are many in a writer’s life, when work was slow and publication denied, I wondered if I should have answered A.R.E’s question with a resounding no.  There were times when I cursed him silently for saddling me with an ambition that held out so little chance of fulfilment. It took nine years before my first story appeared in print. Subsequently, a collection of short stories and three novels have followed.  So was it fate or just serendipity that brought my anonymous mentor and me together? 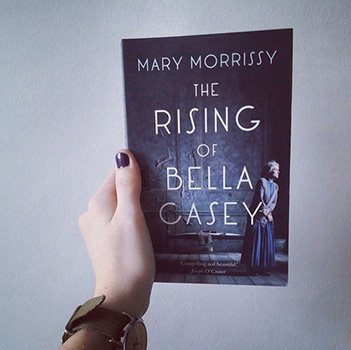 Whichever it was, I’ve realised recently that it’s not only in my writing life that A.R.E has made himself felt.   For the past 13 years I’ve worked as a teacher of creative writing.  As creative writing courses proliferate, there is much debate as to whether writing can be taught. Aren’t writers born, people ask?  But I wasn’t born a writer; it took a teacher to “make” me into one. And whereas there is no substitute for raw talent, a creative writing teacher can offer enthusiasm and inspiration, as A.R.E. did for me.  When I was his student, I thought his approach was disappointingly minimal – I always wanted more feedback than he gave.  Like all keen pupils, I wanted to be told I was a genius, to be lavishly praised, to dazzle. But, in fact, I realise now he did what great teachers do – he merely posed the question and let me come up with the answer.

I never met A.R.E. I had no way of contacting him, no name or address.  When my first book of short stories appeared in the early 90s, I thought about trying to track him down, if only to show him where his question had led me. But over 20 years had passed, the correspondence school had long since closed and the impossibility of the task defeated me.  Anyway, he probably wouldn’t remember me from the hundreds of students he had tutored, and even if he did, he would certainly have forgotten the question he had asked.  What’s more, how would I feel if I discovered that I’d based a life’s work on a casual throwaway query?

No, better to imagine that question with my name on it winging its way out of the unexpected blue and to thank my lucky stars that it reached me.

But I often think about A.R.E, even now, and in idle moments, I wonder if he hadn’t asked that question where I would be now, and exactly what I would be doing.

Mary Morrissy is a novelist and short story writer. She teaches creative writing at UCC. Her latest book is a collection of stories, Prosperity Drive (Jonathan Cape).

It Is Rocket Science.

Fortnightly Fiction | The Children of Lar

Books are not Dead Things