Once upon a time there was a nice boy who said lovely things about everyone and rarely did anything but smile and nod. Quite a pleasant little chap. He had a gaggle of friends: witty, smart, angry and ridiculous. They went to school together and though the teachers liked the nice little boy, they barely noticed him. At parent-teacher meetings they’d look vaguely confused when his parents showed up, before reflecting back on the small grey presence in the second row. The neat homework: sometimes correct, sometimes not, but always there. How he rarely, if ever, got twitchy in class. Years later, at class reunions, he became the one nobody quite recognised, or remembered. Still grey, still lacking in opinion, these papery people are not made for sharing opinions. In the case of this boy, although he will make an adequate father, a loving husband and a well-rounded occupier of an office desk, he is not the sort of boy anybody wants penning a review.

Which is surely the wrong way to think of things. 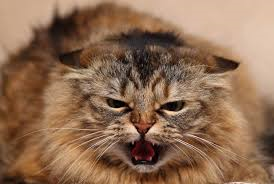 Here it is, the awkward moment when someone likes the nasty old man in the corner. Not that all bad reviews are penned by mean geriatrics, but let’s be honest, quite a few are. Possibly due to the fact that having lost loved ones, wars and burnt enough toast to know they’re not special – they no longer care what anybody thinks. That’s it, the only reason someone would write something scathing about another human. Because humans are so sanctimonious we use the very fact that we are alive as a reason for people to be nice to us. If we were to ban the bad review, scorn it to some corner and only write about bunnies and light, there’d be a lot more children’s books and a lot less readers. 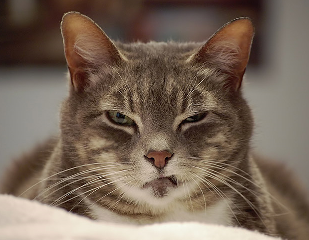 We read – whether it’s a review, a book, a cereal box- to occupy time, to learn and to be entertained. If reading leads to an experience that is both dull and unsatisfying, we are less likely to revisit it. Hence the need to constantly redraft the content on the back of a Weetabix box and similarly to make sure a review is entertaining. What we write must be worthy of readers and so must contain some truth. If we were to simply write endless reviews that pander to writers, we would have no spice in the literary section. Nothing to come back to, no controversy, and no giggle over the man that writes more woodenly than his sleigh bed. A review that ricochets into gross hilarity and leaves no rock unturned will incite conversation. Which is what we want. Let a review not be some weak element of laboured writing, but a thing which promotes literature by its own literary quality. A review should not aim to dictate a way of thinking, but to start a conversation. 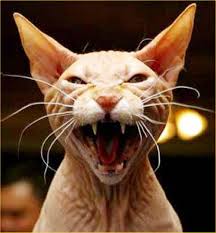 A reviewer brave enough to voice negative opinions, in spite of the humans that created the dirge they’ve been subjected to,  encourages us to read that dirge. We want to see if we too feel we’d have better fun subjecting ourselves to several hours of cosmetic dentistry. If we agree, they earn our trust. We start turning to them for books to read and in doing so their bad reviews make their good ones more valuable. Think about it as a friend who is “nice,” nice being a word I associate with iced cakes and pink grannies. That is not the friend you go to for advice, or at least it shouldn’t be. They’ll simply nod at you and say you look quite sublime in everything. You might wonder if they have any opinions and think well you’d like anything really. Whereas, the stark-raving lunatic who is rarely impressed by anything, and makes Simon Cowell look like a chicken shit, is the person we turn to for validation. [pullquote] It is a gifted writer indeed who can look at a pile of steaming horseshit and carefully outline the ingredients which have caused the horse’s apparent diarrhoea. Not simply point at it, with their eyes closed, and scream “by god it’s pooing funny.” [/pullquote]

The hatchet prize celebrates scathing reviews for a reason. Not because we particularly want to hurl insults blindly into the world, but because we need to celebrate those that with careful aim and considered anecdotes charge forth and portray their subject in a light which illuminates all its flaws.

A reviewer must not straddle some proverbial fence, they must scale it, and then having considered the view – take a leap in either direction with no real thought for the consequences. Too often, reviews (pertaining to pretty much anything, but especially poetry) are stuck on a great big piece of barbed wire, on a fence so high it’s clear they haven’t glanced down at their readers in some time. If they were to look down they might see the masses of people snoring over their review, or lining their cat’s litter trays with it. Cats’ litter trays being the ideal home for something written with all the strength of a whimsical sigh. 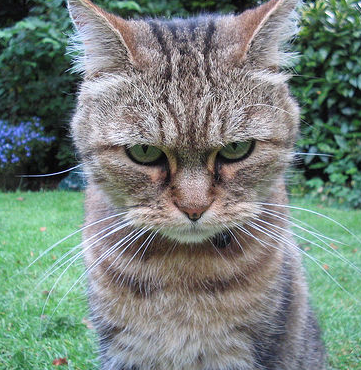 Reviews are not for the weak-minded line toe-r, they are for those who love their subject enough to have a real desire to talk about it. Those boring dinner guests who discuss the merits of the butternut squash for several hours – because, hell, butternut squash turns them on. Reviewers are lovers or haters, they are not likers. They want a book to be so good it makes them rave like loons and terrify passers-by, who they grab hastily, in their efforts to get everyone to read it. Similarly, they must be so immersed in their subject that should someone have the audacity to produce what they deem to be lack lustre material, they simply throw cats at that person. Not small house tabbies. But large panther-type creatures with fangs.

Worse than a weak review is one dependant on what a higher mind might describe as “intellectualism,” and I loosely refer to as whacking off to your own reading list. There are these arty types that sit around in cafes pontificating about the relevance of metamorphosis in their lives and how Kafka – have you read Kafka? Well if you haven’t read Kafka then what can you possibly know. It is imperative to one’s intellectual development that you are subjected to at least one thousand pages of impenetrable text a year. Only then, having read Nostradamus cover to cover, will you really have a valid opinion on anything. 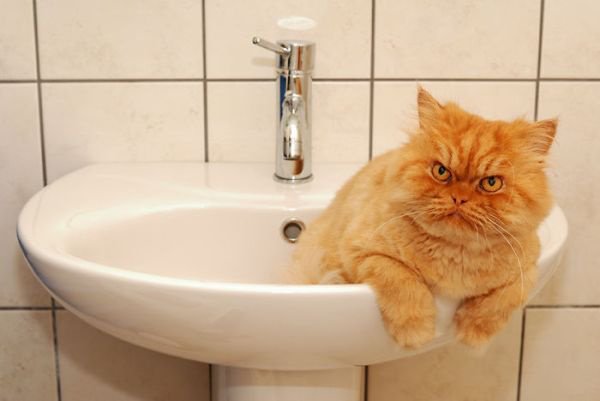 It is these reviewers that I deem to be the most offensive. They are so busy reading the 100-most-boring-books-that-have-ever-really-made-penguins-question-their-will-to-live that they haven’t really figured out what they enjoy. Their opinions seem to be borrowed from other intellectuals and they all skip past the meat of a book, so they can discuss the symbolism of fish at the end of chapter three. We sit there wondering what sort of drugs we need to take in order to become so far removed from reality that we think discussing the bowel movements of our brain is of interest to others. It’s interesting, yes, to a select number of intellectuals who suffer similar bowel-like brains.

[pullquote] Reviews are largely read by people who actually like books and not those that use them to book-end their own egos. A love of literature, and not the slow churn of one’s own post-modernist mind, is essential to a good review.[/pullquote] Intellectuals suffer an aversion to a scathing review as the thought of formulating an opinion based on their own instincts and with no guidance from a leading academic in the field is alarming. It’s like being naked. These people have been dressing themselves since they were three years old for god’s sake and their intelligence is clearly displayed in the way they button their cardigans. With just enough joie de vivre that they leave the top button undone. It never seems to cross these people’s minds that they are in a long line of top-button looseners and that their efforts might be more interesting if they unleashed the bottom button, or lord forbid, got flippant with a few somewhere in the middle. These people have been trained to analyse things in a practiced manner and heaven forfend one should attack a piece with nothing more than a healthy appetite. It would be sort of like the Queen of England casting aside her silverware and trying to shove a quadruple-decker burger between her pursed lips. We can only imagine she’d sit picking the lettuce out and never really be able to grasp what the entire thing is all about. A reviewer that relies on their silverware as a means of attack, runs the risk of failing to enjoy the things before them. What we need isn’t a delicately considered nibble of the lettuce, but a giant bite of the thing, and then, spluttering between mouthfuls, a verdict. A verdict, preferably void of both ego and intellectualism, and entirely based on horse-meat conspiracy-theory and a love of pig fat. 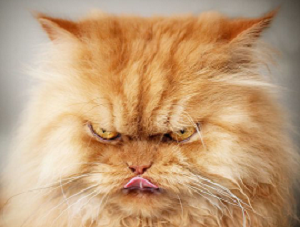 A scathing review will not be followed mindlessly. It will entertain, cause us to deliberate and ask ourselves do we really want to read a book that made this man feel like sleeping for a hundred years? I do. It’s human nature, tell me not to and I will anyway. Give us the impossible and we will try to make it possible. So, yes, I want to find out if I agree or disagree. The art of a bad review is not simply to slate something, but to slate it in such a way that the review is justified. That it creates a portrait, however hideous of its subject. A hideous portrait of say, a cross-eyed nun, doesn’t make us therefore avoid that nun. We seek her out. To find out if this was an accurate portrayal. Having seen it we will then regale others with the way one of her eyes seemed to be trying to scale her nose to get to the other side, or perhaps with tales of how wrong the portrait was; the fault dear reader was not in her eyes, but in her unibrow.

This being precisely the point: to get people talking about literature, discussing the subject, bandying it about and deciding what they think. A review doesn’t tell you what you should think, merely it is a portal to a bigger conversation. This brings us back to the man that nice boy became, sitting at his cushy desk job and considering how delightful colouring in his spreadsheet is. Surely, there is nothing worse than doing a job that anyone can do, following a structure and a set outline of valid devices with which to critique a piece. Such a formula renders the reviewer useless. Readers sense that redundancy. The thing is, given this word count, any of us could produce a piece of writing as bland as that of the pleasant man. The important voices are not those we forget the following morning as we line our cat’s litter boxes, they are more than space-fillers in the back of the paper. They are windows to literature, the people that say things we couldn’t possibly conceive of; people worth reading, who encourage us to pick up a book and figure it out for ourselves.

The Exhibitonist | 18 | Art in Askeaton