The Serendipity of Reading

Reading can often have a serendipitous, almost conspiratorial feel to it. Just as you begin reading about a topic, suddenly you notice it everywhere. It was there all along, of course, but you hadn’t yet thought to look for it – nor for the threads linking one piece of reading to another. Just occasionally, it hits you all at once. Not so much the slow reveal as the cascade.

As I opened up this week’s Times Literary Supplement I noticed a review of a book about dementia. I have spent the past several days and weeks thinking about this horrendous disease. I was in Ireland over Easter and picked up some books in Dublin – Kevin Breathnach’s Tunnel Vision (Faber), Sinead Gleeson’s Constellations (Picador) and Ian Maleney’s Minor Monuments (Tramp Press). The essay is having its moment in Irish literary life even as other are insisting its moment has passed.

And it isn’t just Breathnach, Gleeson or Maleney’s books that are driving this. Emilie Pine’s Notes to Self was surely one of the runaway publishing successes in Ireland last year. It is but one part of a wider boom in Irish writing and publishing.

Ian Maleney Minor monumentsI read Maleney’s Minor Monuments immediately followed by Sinead Gleeson’s Constellations – and between them I have been reading intermittently Karl Ove Knausgaard’s So Much Longing in So Little Space – his new book about the art of Edvard Munch. What struck me most about Maleney and Gleeson’s books was their preoccupation with senses of belonging, with memory, and the slipping away of these caused by illness – specifically Alzheimer’s and dementia.

Maleney’s book focused especially on his grandfather John Joe’s dementia. It is presented to the reader as a gradual slipping away from the world as Maleney himself seemed to be slipping away from his own origins and the battle to retain some sense of a centred self. Minor Monuments offers an intensely focused, zoomed-in account. Sinead Gleeson’s Constellations was a more wide ranging affair dealing in a variety of ways with illness, the body, and especially the female body.

But the second to last piece deals with an aunt who suffers from dementia. Gleeson offers a condensed version of Maleney’s treatment of his grandfather’s succumbing. Though approaching the disease differently, there are key ways in which Maleney and Gleeson get to the crux of what is so awful about it. It is an impersonal disease. However, at the same time it is horrifying because it so utterly obliterates a person’s sense of self.

The interest at present in Irish essay writing with illness, mental and physical, visible and invisible, is noteworthy on its own terms. Many of the most celebrated books of the current zeitgeist in Irish publishing have used their personal lives and experiences (and those of their families) in an explicit way to write creatively. This applies not just to essays, but you can see it too in the novels of Sara Baume. 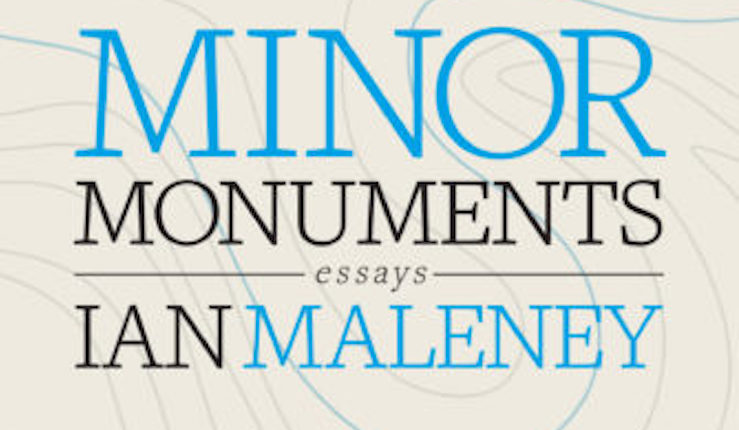 As a style of writing, it is not confessional in the sense of being about shame and having sinful thoughts, but opens up and bares for us an interior reality which most of us recognise. There is something powerful about many of the above mentioned authors and their books. The power lies in the fact that they are writing something that most of us know, but rarely acknowledge. There is a willingness to break taboos, to be open about things and thoughts often obscured, erased or censured.

In this it shares something with Karl Ove Knausgaard’s writing. Hugely successful in the Anglophone world, his writing was astonishing in Norway, not least because it did something few Norwegian writers dare to do. He opened up the private spaces of life in Norway and wrote about them in such detail, that it was nothing short of scandalous. Of course, Knausgaard is not the only Norwegian writer doing such things. Anyone familiar with Kjersti Skomsvold’s Monsterhuman – published in English by the Dalkey Archive Press – will recognise a similar willingness to utilise the transformative experiences of physical and mental pain, trauma and illness to generate a novel.

Skomsvold’s work straddles between the poised awkwardness of Knausgaard and the disarming honesty of essay work by Emilie Pine and Sinead Gleeson. It is my contention that to understand the present moment in Irish essay writing, we must cast our eyes beyond our own shores. Essay and novel writing the like of which is coming out in Ireland in the past two years is the result not of insularity but a willingness to look in new places and to hear different voices.

Bookless In Seattle? Independent Bookshops in the Home of Amazon