What Should I Read Next?

Random House have come up with a fantastic way to encourage reluctant readers out there by creating downloadable posters for young people who finish a book but don’t quite know what to pick up next.

Jacqueline Woodson has written in response to David Handler’s comment last week at an award ceremony when he referred to the watermelon fruit and its racially charged history as an attempt at humour. Woodson shares the story of her childhood and its association with the watermelon. How her siblings would sit on her grandparents porch eating the fruit. But as she grew she realised the racist representations associated with African-Americans and watermelons. She heard stories of black men being lynched with watermelons hanging around them. With these associations she developed an allergy to the fruit and understood it to be one of physical revulsion from the weight of association.

“His historical context, unlike my own, came from a place of ignorance.”

She says sharing stories like this one is a tool for survival; for her and for those who are similarly overcoming the hurt of the past. She sees it as a way to highlight the country’s brutal and painful history, and not something to be laughed about. 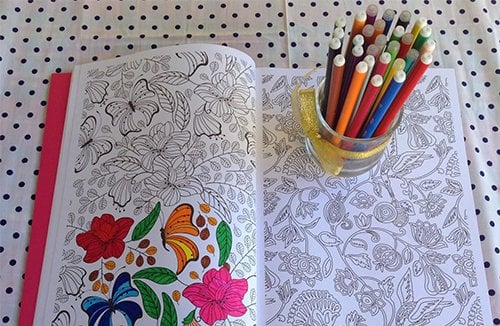 What heartless soul made the decision that adults shouldn’t be allowed to colour in books as a past-time? Whenever I see the glistening, white pages of a new colouring book in the company of a child, I convince them that colouring in this book is their greatest wish in life. This means I happily avoid ridicule from other adults (and sometimes children). Pathetic as this might sound, some appear to share my feelings. The French have published 100 Coloriages Anti-Stress as a form of art therapy for those enduring stress or mental illness. These books have sold over 350,000 copies and are selling faster than cookbooks in France.

A second, albeit slightly creepy way to encourage colouring-in comes from Colour me Good, which will provide us all with hours of entertainment as you colour-in your favourite celebrities.

With the IMPAC list of nominees announced last week. There has been some debate about the number of non-western books on the long list. This year has missed out on books translated from African and Indian languages as well as Japanese and Arabic. With just two nominations from the whole of Africa and South Africa, it seems that the award has ignored the current worldwide campaign to promote diversity in books.

Debut novel The Miniaturist by writer Jessie Burton has been named Waterstones Book of 2014. The novel tells the story of a young bride in 17th century Amsterdam. Burton was inspired by a holiday she took there in 2009. While visiting, she saw a dollhouse in the Rijksmuseum that belonged to Petronella Oortman, the wife of a 17th Century silk merchant.

UNESCO has named Prague, Heidelberg, Granada and Dunedin ‘Cities of Literature’. This comes out of the Creative Cities Network, which is comprised of 69 cities and has been established to promote international cooperation and local development through creativity and culture. 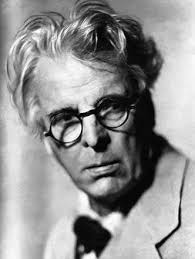 On the 13/06/15 events across the country will celebrate W.B Yeat’s 150th Birthday. Yeats Day is celebrated each year in June. It is anticipated that this celebration will be greater than ever with events happening in Sligo, Galway and Dublin as well as internationally in London, Melbourne and Korea. It will also partner with Bloomsday which is held on the 16/06 every year to commemorate James Joyce and his contribution to literature.

Is This The Modern World?

Interview| Operatic Retelling of ‘The Dead’ by James Joyce