Be Transformed by Writing at The Story House Ireland

The Story House is an Irish residential writing centre, inspired by the legendary week-long residential writing courses offered by The Arvon Foundation in the UK, where students of the written word can immerse themselves in the creative writing experience, guided by established writers and poets.

In April, The Story House will be setting up shop at Borris House, in Carlow, for their next outing, ‘Poetry: The Craft’, so I spoke to co-founder Margaret O’Brien, to find out more.

How did The Story House come about?

The Story House is a new concept in Ireland, a residential writing centre inspired by The Arvon Foundation.

What is The Arvon Foundation? In its own words “Arvon is a charity that works to ensure anyone can benefit from the transformative power of writing.” Don’t you find that wonderful?Margaret O’Brien, an Open Letter to President Higgins

In April 2014, I wrote an Open Letter to President Higgins arguing for the establishment of an Arvon style residential writing centre in Ireland, where anyone, from any background and level of experience could benefit from the transformative power of writing.

A friend of mine, the Scottish writer Susie Maguire, read that letter on Twitter and suggested to her friend Nollaig Brennan that she get in touch with me. The joke at The Story House is that I wrote to Michael D. but it was Nollaig who answered! We met for the first time in Waterford in April 2014 and the rest is history. The first course took place less than a year later, in March 2015.

What’s different about The Arvon Foundation style of residential course?

I attended my first Arvon course in 2007, having by chance heard it mentioned on Sunday Miscellany.

I left Totleigh Barton on the Saturday morning knowing I had been changed in some fundamental way. The week was utter simplicity, time to write, a belief in writing itself. But the five days had worked on me, and it seemed on the others, in a way that could not be explained in any rational way.Margaret O’Brien

The course I chose to attend in Devon was led by Arvon’s founder the late John Moat, with Peter Please. Those names meant nothing to me before I went, but the experience, the spell it cast, fundamentally changed my life.

I came away from that week knowing that we needed something like this in Ireland but I had no idea how to go about it. I stayed in touch with John Moat, up until his final illness, about the need for an Irish version of Arvon and he always encouraged the idea.

It all started to come together very quickly following that first meeting with Nollaig, who brought her unique style, talents and energy to the task.

How did you decide on your first course?

Our first course, on Short Fiction, was led by Julian Gough and Susie Maguire, who are not only both wonderful writers but, crucially, experienced Arvon tutors. We knew that they understood the ethos underpinning the project and also how it worked on a daily basis. Donal Ryan joined us as our midweek guest writer and added his own brand of humour, knowledge and writerly generosity to the week. 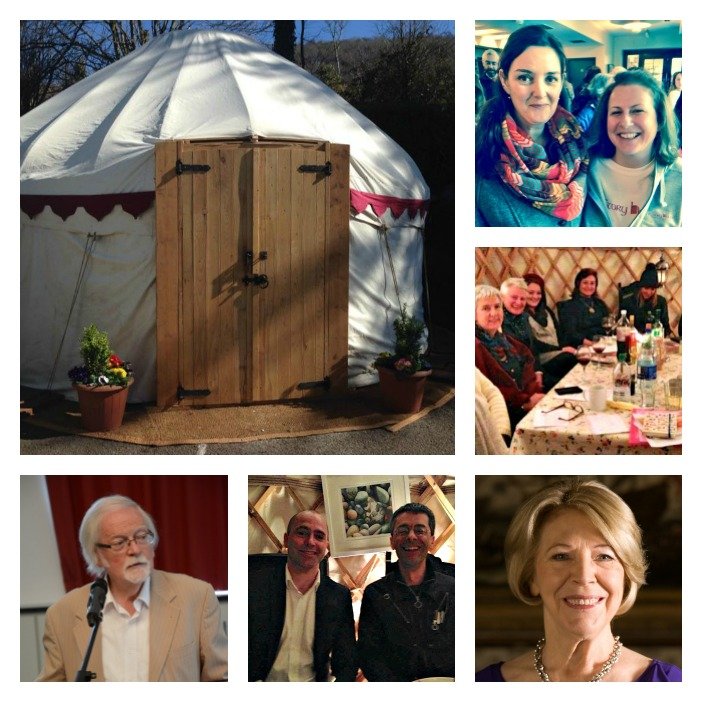 Why Poetry this time around?

We had a lot of enquiries about Poetry when we first began to advertise and so it was a natural choice for Course #2, coming up in April. ‘Poetry: the Craft’ will be led by Nessa O’Mahony and Peter Sirr with midweek guest writer Patrick Chapman (of The Pickled Body).

This five-day residency, limited to 12 participants, will be held in the grounds of Borris House, Co. Carlow from 11th to 16th April 2016. It has just booked-out but there is a waiting list!

Of course, for an immersive week like this, the calibre of the tutors is crucial. Both Nessa and Peter have a wealth of teaching experience and, in addition, Nessa has also had the Arvon experience.

And The Story House now has patrons?

Yes! In January, we were delighted to announce our first patron, Jack Harte. Jack founded the Irish Writers’ Centre and the Irish Writers’ Union, and is a highly respected individual in the Irish writing world, known for his advocacy on behalf of writers. Just this month, we welcomed Sabina Coyne Higgins as our second patron. We feel privileged to have such committed artists offering their support, both having long been active in working for broader accessibility to the arts.

How do you spread the word?

Publicity is mainly through social media, @TSHIreland and The Story House page on Facebook, and we take every opportunity to promote it at cultural and arts events. Look out for Nollaig at the next writing festival you attend – she will be wearing her Story House hoodie! As we are both doing this in a voluntary capacity, in addition to our day jobs, we appreciate all of those shares, likes and comments on social media.

What’s next for The Story House?

We are at start-up stage and in search of a permanent home – we currently run on a ‘pop-up’ basis. If anyone reading this knows of a country pile (not too grand) that we could use, please do let us know. A suitable venue is essential, one that will accommodate group workshops, with living space for up to sixteen people and with space for participants to write and to be on their own.

Planning for course #3 is a priority in the short-term. But in the longer term we would like to secure funding so that we could begin to offer at least partial bursaries. Several Arts Offices around the country have provided bursaries for their local writers to attend TSH, (big cheers for Waterford, Kilkenny, Tipperary and Galway), but we are very aware that an accident of geography, living in the ‘wrong’ county, can mean potential participants may not be able to access funding to gain a place on a course.

We also want to be in a position to deliver courses more frequently in various genres and put TSH firmly on the writing map as a place where writers and writing can flourish. It’s a very exciting project!

Batman V Superman: Dawn of Justice | Our Review of the Biggest Superhero Film of the Year