HeadStuff & Aiken Promotions are proud to present the first ever Dublin Podcast Festival featuring a stellar line-up of international and homegrown live podcast events, discussions and workshops taking place in various venues in Dublin City, covering everything from crime to food to music to literature to football, film, comedy, and so much more.

Although Podcasts have been around for over a decade, it’s only in more recent years that their popularity has grown. Random fact: in 2005, ‘podcast’ was actually named the Oxford English Dictionaries Word of the Year. However, 2005 was still early days for podcasting and many people would go as far as to say it wasn’t made popular until ten years later with the release of Serial, which still remains the most downloaded podcast of all time with over 80 million downloads. If you haven’t listened, it’s a must! What makes podcasts so enjoyable is not only their ease of access but also the vast quantities of podcasts available to download for free. Whether you want to learn about wine, hear some comedy or get lost in a fictional story, there is a podcast for you.

Every day, millions of people from around the world delve into the lives, passions and obscurities humankind has to offer through the medium of podcasting and as the premier podcast network in Ireland we wanted to bring some of your favourites to some of our favourite venues across Dublin. And so the Dublin Podcast Festival was born.

All events will go on sale on Monday July 31st at 9am from www.ticketmaster.ie unless otherwise indicated. 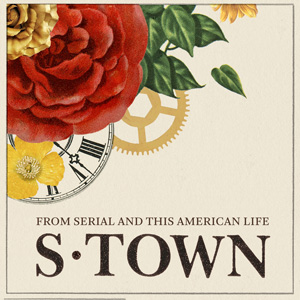 From the creators of Serial and This American Life and hosted by investigative journalist Brian Reed comes S-Town.

When all seven chapters were released on March 29, 2017 the podcast was downloaded a record-breaking 10 million times in four days. Yes. That’s not a typo. 10 MILLION TIMES!

That podcast everyone’s talking about is coming to the Bord Gáis Energy Theatre on Friday 29th of September for the Dublin Podcast Festival. Brian Reed will talk about creating the podcast that has been downloaded over 40 million times.

Tickets are SOLD OUT

Produced by Radiotopia, Criminal is a podcast that deals with the telling of “stories of people who’ve done wrong, been wronged, or gotten caught somewhere in the middle”.

Lauded by the likes of The Huffington Post, Time Magazine, Wired and Vulture – Criminal is a truly immersive listen for any history or true-crime fans. 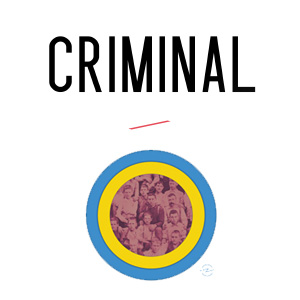 A monthly history podcast, The Memory Palace deliver fascinating narratives on the weird and wonderful tales that you either never heard of or possibly forgot.

There is no better partner for Criminal for the double headliner in Vicar Street than this mesmerising podcast. Just as some of the cases from Criminal, you won’t believe that these stories could ever be true – like the CIA’s plan to use cats as spies in Operation Acoustic Kitty! The double headline show hits Vicar Street on the 19th of September. 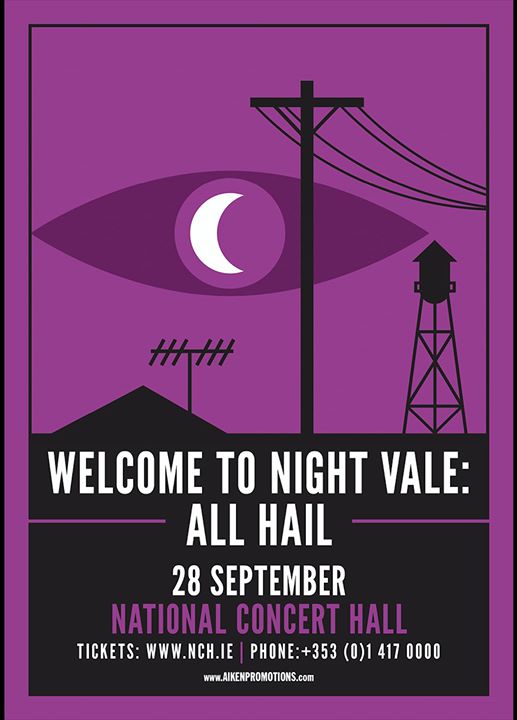 Welcome To Night Vale: All Hail

Welcome To Night Vale is a twice-monthly podcast presented in the style of community updates for the small desert town of Night Vale, featuring local weather, news, announcements from the Sheriff’s Secret Police, mysterious lights in the night sky, dark hooded figures with unknowable powers, and cultural events.

Making their fourth Irish appearance since its inception in 2012 (including sold out shows in The Sugar Club and the Olympia Theatre) Welcome To Night Vale return to Irish shores for the Dublin Podcast Festival at the National Concert Hall on September 28th. 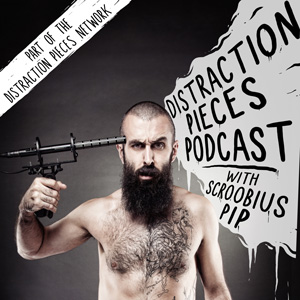 Spoken word poet, Hip Hop artist, record label manager and podcaster, Scroobius Pip can do it all and since 2014 Distraction Pieces has been delighting fans worldwide.

Pip takes to the stage for a live recording of his podcast in the Tivoli Theatre on the 21st of September. 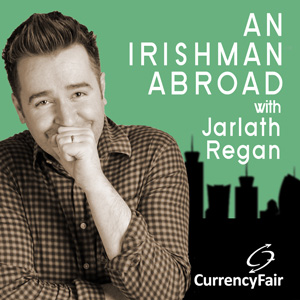 Having recently hit 200 episodes, Jarlath’s podcast, An Irishman Abroad, has gone from strength to strength since its beginnings in 2013. Boasting a formidable list of guests from the world of comedy (Dara Ó Briain, Tommy Tiernan, Aisling Bea), TV and film (Jack Reynor, Aidan Gillen, Gabriel Byrne), music (Sir Bob Geldof, Wallis Bird, Hozier) sport (Sonia O’Sullivan, Keith Wood, James McClean) and so much more there is literally something for everyone.

Joining Jarlath on stage for a special live episode in the Tivoli Theatre, on Friday 22nd, is author of The Commitments, The Snapper, Paddy Clarke Ha Ha Ha and more, Roddy Doyle. He’s provided a glimpse into the lives of working-class dubliners for years and now he will joins us in his hometown to chat to one of Ireland’s finest interviewers. 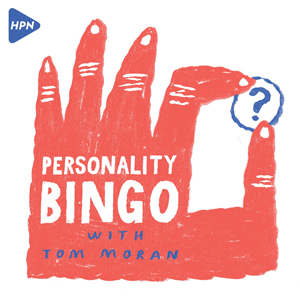 with support from Personality Bingo with Tom Moran

60 Balls. 60 Minutes. 60 Questions. Each ball coincides with a question and each question delves deeper into the life of the interviewee. The guest receive 6 numbers and if their 6 balls are drawn, they get to pick any question to ask Tom and he has to give you a totally honest answer.

Ahead of Jarlath’s chat with Roddy Doyle the tables turn as the Irishman Abroad host gets put in the hot seat for a round of Personality Bingo. 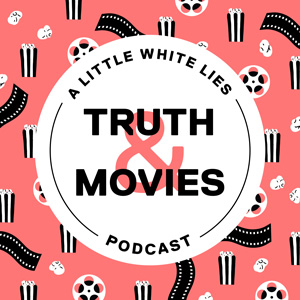 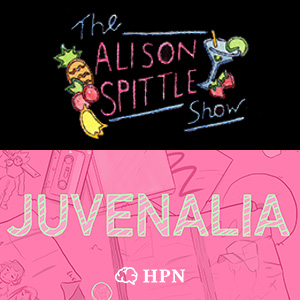 Catch Alison and her host of guests in The Tivoli Theatre on the 27th of September.

Juvenalia proudly calls itself “a podcast about childish things” in which an interesting person tells hosts Alan Maguire and Ellen Tannam about a piece of pop culture that was important to them as a child.

From Terminator 2 and Ghostbusters to Top of the Pops and Animal Crossing the guests, the hosts and you the listeners are immersed in a wonderful sense of nostalgia. Juvenalia will be taking to the stage just before Alison on the 27th of September.

Suzanne Kane & PJ Gallaher give their take on the week that was on Dubland. This usually includes a (hilarious) rant from PJ, an award for their “Hero of the Week” and a multitude of animal facts. 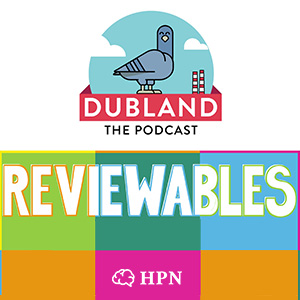 Suzanne and PJ discuss life, things they love, things they loathe and everything in between. Their live show will have you howling, catch them on the 25th of September in The Sugar Club.

The Irish comedy podcast that’s putting the world to rights one review at a time. Hosted by Cian McGarrigle and Edwin Sammon, Reviewables examines the overlooked moments and lowbrow pleasures of life. They review things other people don’t – from mystery meat to life’s defeats and everything in between.
They take to the stage the same night as Dubland, the 25th September in the Sugar Club. 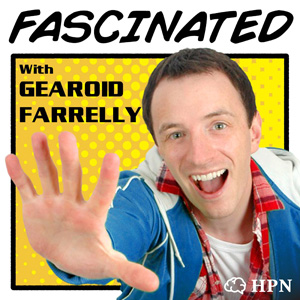 A light-hearted comedy chat show in which guests who have done fascinating things reflect on their stories and journeys. Fascinated’s guests vary from 90’s pop divas and country music stars to Olympic swimmers and theatre actors.

Georoid is bringing his show to The Workmans Club Vintage Room on the 20th September.

Masterclass: The ultimate guide to creating a successful podcast with Ben Green, Senior Producer at The Guardian

Senior Podcast Producer at the Guardian Ben Green with be presenting a masterclass in Podcasting in the Kevin Barry Room, The National Concert Hall Sep 23rd 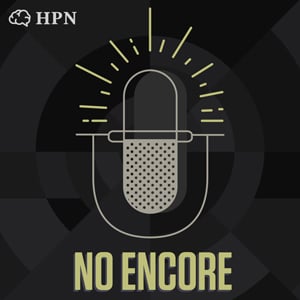 NO ENCORE is a fun and informal music podcast in which Dave, Colm and Craig attempt to make sense of the music that finds its way into their ears on a constant basis… with tangents.

For the second instalment of NO ENCORE LIVE the trio will bring Irish electronic artist Daithí and instrumental goliaths Overhead, the Albatross to Whelan’s for a night of live music and live banter that is not to be missed. More acts to be announced.

Catch the NO ENCORE Live show in Whelan’s on the 28th September. 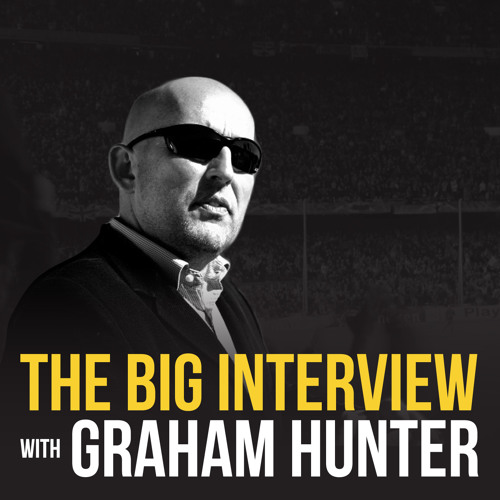 This is a must for all football fans. Graham and guests will get the ball rolling in the Liberty Hall Theatre Sep 28th 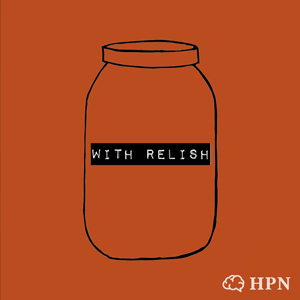 A bi-weekly food podcast, With Relish looks at Ireland’s culinary industry and identity, with a focus on the individuals that make it up.

Ireland’s premier food podcast will bring something different to the table of Fumbally Cafe for Dublin Podcast Festival. Chefs and hosts Harry Colley and Aoife Allen will be on the other side of the kitchen in Fumbally as they excite our palates with a live podcast on the 26th of September.

And if you can believe it we still have MORE TO ANNOUNCE!

More podcasts, workshops and much more to be announced soon. Keep an eye on HeadStuff and follow us on Twitter to be kept abreast of all the news on the Dublin Podcast Festival.