With only a few days to Halloween the internet is alive with the top lists of scary films and while everyone loves lists, not everyone loves seeing the same films mentioned over and over. And while The Shining, The Exorcist, and Hellraiser are all great horror films we decided to put together a list of 15 scary films that you might not have seen before. Here are the first five: 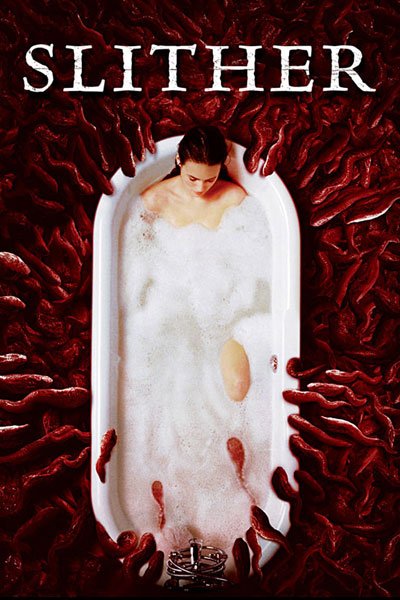 When Grant Grant (that’s not a typo), played by Rooker, is infected by the extra-terrestrial slugs he starts to mutate into something unfamiliar to his loving wife, Starla (Banks). With the help of the local sheriff (Fillion) Starla must try to put a stop to her husband and the plague he has unleashed. 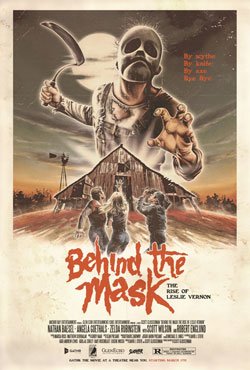 Behind the Mask: The Rise of Leslie Vernon (2006) Dir. Scott Glosserman

One of the most surprising gems I’ve stumbled across over the last couple of years. Behind the Mask is a mockumentary styled vision of a satirical love letter to horror. A new up and coming serial killer, Lesley Vernon dreams of being as big as Freddy, Jason and Myers (all non-fiction characters in this reality). He takes us through the ins and outs of how to prepare the big night when he reinvents himself and is followed closely by a student film crew.

There are nice surprise cameos from Robert Englund (Nightmare on Elm Street), Scott Wilson (The Walking Dead) and Zelda Rubenstein (Poltergeist). This film is a blast and has bags of character. Leslie (Nathan Baesel) is a really likable protagonist, even if he is planning to kill a house full of high-school kids. 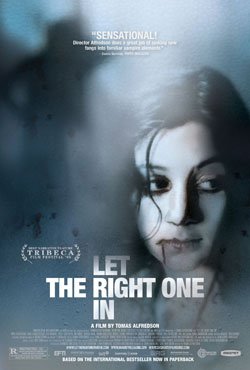 A beautiful story of childhood and friendship, the Swedish Let the Right One In, is a mesmerising tale set in the suburbs of Stockholm during the early 80s. A bullied pre-teen loner, Oskar, finds comfort in the company of a new resident in the apartment block where he lives. His new, peculiar friend is a young girl named Eli. Eli is not like other girls however; she needs blood to stay alive and is not a fan of direct sunlight.

The contrasting natures of Oskar and Eli gives this film beautiful balance and teeters between innocence and fierceness throughout. It is a story of love and one that will stay with you for a long time. The film is also aesthetically magnificent with the contrasting dark shadows and glistening white snow, playing wonderfully on the contrasting lives of the two focal characters. 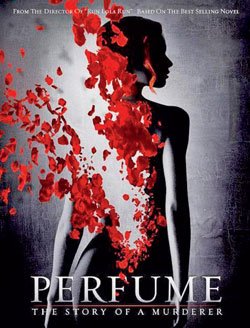 Based on the 1985 novel Perfume by Patrick Süskind, Tom Tyker (Run Lola Run, Cloud Atlas) takes us back to 18th century Paris for the tale of a young man with an extraordinary gift. Jean-Baptiste (Ben Winshaw – the new Q from Skyfall) was born in the filthy streets of Paris, under a fishmongers table. He came into this world with a superior olfactory sense to that of any man before him.

It was this sense of smell, which led him to begin a journey to become a parfumier. His talent is boundless and impresses the great Giuseppe Baldini (Dustin Hoffman) with his nose. It is this talent and his need to preserve the greatest scents that lead Jean-Baptiste in another direction. The dark twists and turns of how he tries to contain the joy of the fragrances of the women he falls for (a clue is in the title) make for a greatly depraved masterpiece. The original soundtrack, by Twyker himself (which is altogether impressive), is also a fantastic reason to watch this film. 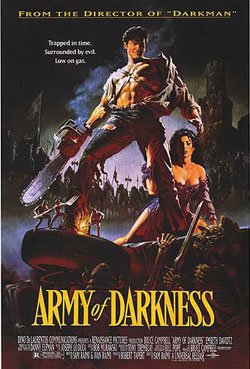 Fancy watching something completely bonkers while still ticking your evil spirits, skeletons and demon boxes this Halloween? Watch this.

The third of The Evil Dead series, Raimi (Darkman, Drag Me to Hell) brings Bruce Campbell’s (Bubba Ho-Tep, TV’s Burn Notice) epic character Ash back with a bang. Time-warped back to medieval times he must use the book of the dead to return him to the present day, unfortunately, Ash accidentally raises the Army of Darkness and must fight for his life and his love.

It’s a tongue in cheek horror shoot ‘em up. Make sure you have plenty of popcorn for this one. Alternatively watch the original Evil Dead movies (1981, 1987) – just as fun.

Here’s PART 2 and PART 3 in our list of Halloween horrors!

When your Eyebrows are more Obvious than your Face

Netflix News| 4 | Featuring Master of None