In recent years we have had several high profile films regarding the conflicts in Iraq and Afghanistan – In the Valley of Elah, The Hurt Locker, Green Zone and Route Irish to name a few – but with American Sniper an American icon, in the shape of Clint Eastwood, has thrown his hat into the Iraqi war movie ring. Taking the true life story of Chris Kyle, a Texan cowboy who joined the Navy SEALS as he felt that he was “meant for more”, Eastwood introduces Iraq to us through the eyes of the man who would become known as “The Legend” – the most wanted US sniper by Iraqi insurgents and the most lethal sniper in US military history. But, is his military life story a hit or a miss? 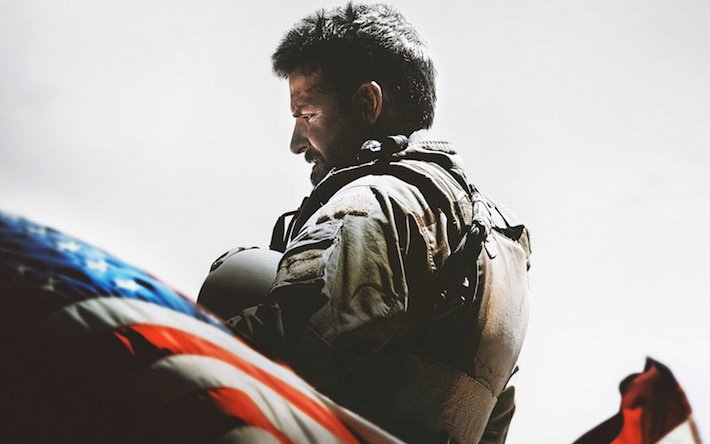 Chris Kyle is a Texan cowboy and rodeo rider who begins to wonder is there more to life than riding horses every weekend. Deciding that there is, he enlists in the Navy SEALS and after discovering his ability as a marksman, signs up for the sniper division. But will shooting real people prove harder than hitting paper targets from 600 yards?

American Sniper opens with the most potent and profound statement on war that I have ever seen. As the film fades from black to image, the Muslim call to prayer rings out over a battle scared streetscape. This is soon drowned out by the rumble of an oncoming tank ploughing through the debris of the bombed street and the stomp of GI boots. This image of war destroying not only infrastructure but culture and heritage is tempered by a slightly awkward flashback of our hero, Chris Kyle, as a child. Here he is lectured by his father about the three types of people in the world – sheep, wolves and sheepdogs. The sheep are the weak, the wolves are the bully’s and the sheepdogs are the leaders and the protectors. Chris is told to be the sheepdog, to defend the weak and stand up against bullies. Together they form quite a potent commentary on war and America’s involvement in Iraq. Our introduction to Chris Kyle is equally strong – via the sniper scope of his rifle as he deliberates on whether to shoot dead a child who is carrying a concealed grenade towards the unsuspecting troops that he is tasked with defending. Here we are presented with a soldier who is prepared do what has to be done to keep his fellow soldiers safe, yet a soldier who does not enjoy killing. Like he says at one point, “it’s a heck of a thing to stop a beating heart.” 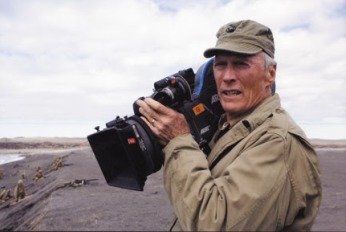 Right, lets get this out of the way as early as possible. I am a huge Clint Eastwood fan so I went into American Sniper expecting nothing less than brilliance. And why not; Bradley Cooper has been earning strong reviews and come on, lets face it Eastwood has made some of the best films of the last 25 years (I will example Unforgiven and Mystic River, to name but two) so I felt justified in believing that all the planets would align for a Clint Eastwood Iraq war film. Of course, expecting brilliance is a really bad place to start from with anything. You can’t be surprised, you can only be disappointed and while American Sniper is a very good film, it just isn’t as good as I wanted it to be.

American Sniper is a solid, well-made movie – but you would expect nothing less from a Clint Eastwood picture. Yet, maybe that is one of the things I felt a little put out by – this is a Clint Eastwood film that does not look or feel like a Clint Eastwood film. Famous for his unfussy shooting style (locked off shots, very little movement, very few special effects) American Sniper is a very fluid, kinetic film, packed with aerial shots, a few moments of near Paul Greengrass-esque handle-held camera work and a strange bullet tracking sequence that sits ill at ease with the rest of the film. While American Sniper doesn’t seem like a Clint Eastwood film it also doesn’t feel like a film made by an 83 year-old man (soon to be 84). While displaying Eastwood’s trademark confidence behind the camera, moving deftly between Kyle’s family life in America to being caught under heavy fire in Iraq, it all seems just a little undercooked. In fact, in a few places American Sniper walks the fine line between interesting and average (I am going to go and self-flagellate now, it’s not right that I should feel this way about Clint)  – it boasts only one standout ‘cover-your-eyes-I-can’t-bare-to-watch’ moment and that concerns a method of torture inflicted on an Iraqi child by an Iraqi man (and it is truly horrible and very hard to watch).

While Eastwood presents us with a film that is neither pro nor anti war, and bar the opening sequence he spends precious little time commenting on war or politicising it. Instead he spends the entire film commenting on Chris Kyle himself. It depicts his evolution from reckless cowboy to devoted family man and dedicated soldier and how his principles spiral downwards the more time he spends in the pressure cooker that is a war zone. His dedication becomes obsession and his obsession becomes all-consuming, to the point that he almost destroys everything he holds dear. Yes, this film is all about Chris Kyle and Bradley Cooper deserves every plaudit he gets, as Cooper is quite remarkable as Kyle. This is certainly one of his finest film roles to date, physically transforming himself to resemble Kyle more closely. In terms of emotional arcs, Cooper takes the audience to some dark places – how does a soldier who can’t accept failure deal with the loss of friends and colleagues? You’ll have to watch American Sniper to find out, but the journey that Cooper takes you on is what this film really is all about. He is the heart and soul of this film and any scene without him in it is worse because of it.

The real surprise here is Sienna Miller. She excels in the role of Kyle’s wife, Taya. With American Sniper and Foxcatcher, Miller has paid for her crimes to cinema (I still shudder at the thoughts of GI Joe). Taya could very easily have been the standard soldier wife but she injects great humour and pathos into Taya, delighting in her husband’s boundless enthusiasm for doing the right thing but also mourning the loss of the man she loved, realising that war is changing him. She has to learn to love him all over again, knowing that she is losing him.  I defy you to not get a lump in your throat when tells him, “I need you to be human again.”

American Sniper presents us with the All American hero, a flag waving, bible carrying good old boy. Kyle believed that one man could make a difference, so much so that it almost drove him crazy. He is a fascinating character and Cooper should be celebrated for his portrayal of him. I just wish the rest of the film had as much passion as he had and while this film may not make a bold and brave statement on war, it does make a bold statement on what war does to the men who fight in them.

American Sniper is in cinemas this Friday the 16th January

Rape, Murder and Redemption | Unforgiven and the Death of the West