Supermovies News: From the Internet Bullpen to You | 3 |

It’s time again to round up all the comic-book related movie news from the corners of the internet and dish them up to you like sweet pancakes with maple syrup and a side of bacon. Man, I’m hungry. There is an awful lot to get through today so lets get cracking..

Attack on Titan gets Western release this month.

Based on the critically and universally loved Japanese manga series from 2009, Attack on Titan has created a stir since its inception. Video games, novels and a terrific animated series (that is available on Netflix) have all increased the hype behind this growing brand.

The series is set in a world where there are giant humanoid beings called Titans, who have a hunger for eating humans. They appeared 100 years before the story kicks off and nearly wiped out all those tasty tasty humans, now those left alive have established a home within 3 protective walls. Suddenly a 200ft Titan appears, bigger than any before it, and shit hits the fan. Check out the manga collections, the animation series on Netflix and this OTT, batshit-crazy trailer.

Attack on Titan will hit US cinemas on September 30th. We have not yet heard of a UK/Ireland release date.

Thanks to Canadian station CTV we have some pretty cool shots of a stunt taking place, post-shoot, on the streets on Toronto. The guys and gals of the Squad have already wrapped up the main shoot, however there are always a few shots to pick up from the stunt team. Here we see Batman trying his damnedest to get at The Joker and Harley-Quinn, through the roof of a car. There are also some  nice stills to get a good look at Batman’s get-up.

Another, not so much news yet pretty cool, video is from the folks over at Vulture who, when they aren’t remixing Miss Piggy signing Rihanna’s Bitch Better Have My Money, remixed the Suicide Squad trailer with the classic The Dirty Dozen.

It’s a wrap for Ayer and the folks so lets all have a lovely group photo.

Everyone loves The Walking Dead, well I do at least. And it’s based on a comic book, so I’m allowed talk about it. Season 6 is just around the corner, with it’s October release, and during the second episode of the new Fear The Walking Dead series we were gifted a brand new promo, a goliath 15 second promo. I won’t spoil anything for those of you who want to watch it, and you should, but lets just say shit has gotten crazy. Like more crazy than your normal zombie apocalypse. The super-short promo can be seen below or if you like your trailers spoiler-ific there is a 4-minute promo also available. [you[youtube id=”TKxiQiSpyk8" align=”center” autoplay=”no” maxwidth=”702"]

Spider-Man and Iron Man teaming up?

Slight Spoiler Alert. So everyone knows that Spidey is joining the Avengers et al in Captain America: Civil War and, for those of you how may not have read the comics, the relationship between the web-slinger and the armoured billionaire also grows. According to Latin Review, Tony Stark won’t be building Parker’s armoured spidey-suit but instead be building his web-shooters. The armoured suit is pretty bad ass, and we are expecting Tom Holland to don two separate suits during the Civil War movie so hopefully they have something else awesome in mind.

Peggy Carter gets back at it.

I’m a big fan of Marvel’s Agent Carter. If they could up the pacing from season 1 the upcoming second season could be fantastic. The casting, performances, plots and settings for season 1 were all great and I have high hopes for Attwell and her merry men in season 2. 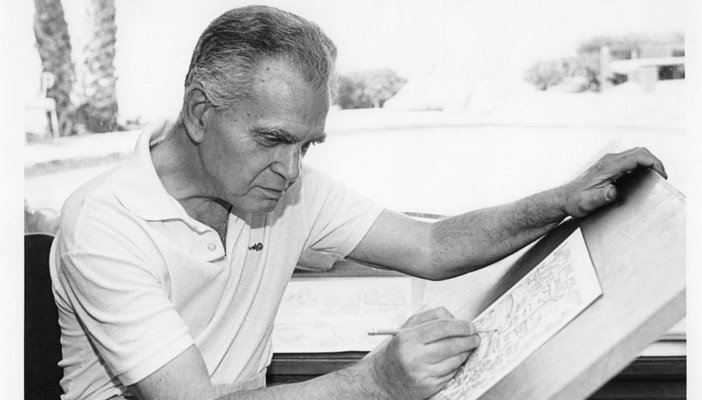 August 28th 1917, a true comic book hero was born. Jack Kirby, born Jacob Kurtzberg, along with Stan Lee is the reason we have heros like Iron Man, Captain America, Thor, Black Panther and The Avengers among others. This week there have been plenty of tributes flooding the comic-centred net and I’d recommend these quality articles from Comics Alliance and Vox.

The Greatest Of All Time: A Birthday Tribute To The King Of Comics, Jack Kirby.

Josh Brolin doesn’t know when Thanos will raise his ugly purple head next.

Daredevil is shooting for Season 2 of the brilliant Netflix series.

Creepshot out of my bedroom window of the Daredevil leads pic.twitter.com/7DchnGMZEm

Michael Shannon will be back for Batman Vs Superman…sort of.

Nightwing rumours just won’t go away, not that we want them to.

Thor may get a short commute.

Deadpool Video Game gets a re-release with a special message from the Merc himself.

This trailer for a new Dennis Liu comic book, Raising Dion, is a fantastic way to increase interest.

[youtube[youtube id=”dW9EIxEqrJw” align=”center” autoplay=”no” maxwidth=”702"]The Premise is so: Nicole, raises her 7 year old son, Dion, who has superpowers. Life was hard enough keeping up with the bills, let alone trying to keep track of her son’s invisibility, plasma powers, and telekinesis. In order to study his progress, Nicole films her son 24/7 with the help of her friend, Pat, who is an aspiring filmmaker. But when Nicole starts to notice mysterious men tailing her, and with Dion’s developing abilities constantly changing and becoming more powerful and possibly evil, she must find the courage deep within herself that she can raise Dion on her own.

If you want a free digital copy of the comic click here, or you can buy the hard copy here from Indy Planet.

Check out the links below for my five year guide to all Supermovies from now to 2020 and I’ll see you next time for more rumours and news from the world of comic book movies.

Part 10: We finish off the five year guide with 2020’s Cyborg and Green Lantern Corps.