Supermovies News: From the Internet Bullpen to You | 5 | [Featuring The Walking Dead and Gotham]

It’s an exciting time for all of you fans of the Supermovies’ TV counterparts and there are also lots of bits and pieces from Batman Vs Superman, Suicide Squad and Deadpool so lets gets going…

The world of comic book TV shows is ever growing and if that’s your jam, your life is going to get a little more hectic.

With Season 2 of Gotham  and Season 3 of A.G.E.N.T.S of Shield  underway there will be plenty to talk about in the next issue of Supermovies News – I just haven’t found the time to squeeze the series’ first few episodes in yet.

Series one of Gotham  started quite slowly for me, I was nearly ready to pack it in after episode 1 but thanks to many recommendations I gave it a go and I was not disappointed. Plus it’s all on Netflix, so I could binge to my heart’s content. I’d definitely recommend it to anyone who is reading this as you probably have the interests to fall in love with it. Or maybe you just miss Ryan Atwood’s don’t-give-a-shit attitude you fell in love with him for, in The OC. Either way, go watch it.

A.G.E.N.T.S of Shield  is a personal favourite of mine. I love the entire crew, I love the whole Inhumans connection and they moved brilliantly from a “monster of the week” show to a fully-fledged engrossing spy/science-fiction series. They link the MCU movies together really nicely, especially the Winter Soldier storyline, which adds an extra layer of involvement for all of us fans.

The CW’s stamp on the comic-book world has been pretty impressive. Both Arrow and The Flash have been dragging people back to their couches week in, week out. And now Season 2 of The Flash and Season 4 of Arrow debut this week.

I haven’t watched a full episode of either – they just looked kinda terrible. Maybe I’m wrong. Maybe I’m not – who knows? Maybe I’ll watch them all by January, before Legends of Tomorrow kicks off, because everyone loves a villain/hero mash-up team. Check out the trailer:

Supergirl is set to hit American screens at the end of this month and with the 8 minute trailer released months ago, this has been slowly building a name for itself. Personally again I don’t think it looks very good but I will probably give it a few episodes before deciding whether or not to give it my precious time. The latest trailer was released by CBS just a few weeks ago:

Exciting news from the Cartoon Network camp as they have announced a new Justice League animated series. The last series, back in 2006, Justice League Unlimited was a critical success and if DC can do one thing very well it’s their animated series. The rumours of this all started a month back when the below picture was circling the net. Along with posters for Wabbit, Bunnicula, Be Cool Scooby Doo! and Mike Tyson Mysteries (Yep, you read that correctly), it featured a poster with the silhouettes of Justice League members with JLA in giant red letters. Word on the online-street is that it stands for Justice League Action, but I assume it’s just Justice League of America (or is that too obvious?). 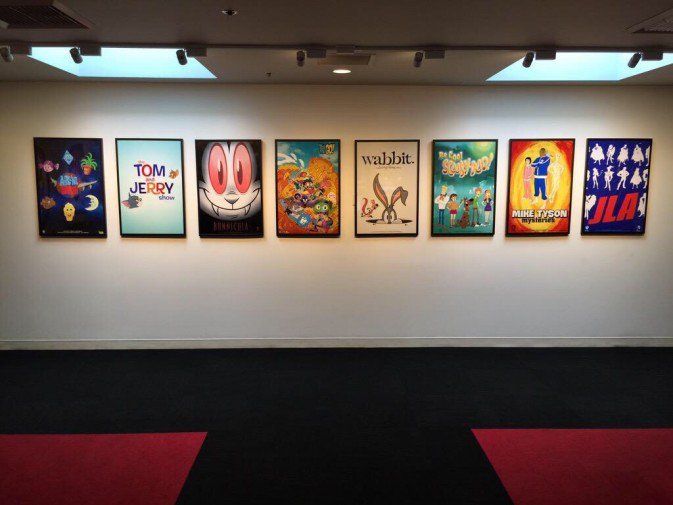 Rejoice, The Walking Dead is nearly back. Let’s all get together and watch as shit gets real for the zombie-bashing, no-shit-taking folks we have seen grow from reasonable human beings to moral-loose murderers who will do anything to survive. Moral-loose murderers, who we love all the same. Season 6 kicks off on the 11th of October.

I’m just getting through the spin-off Fear the Walking Dead at the moment – with only 6 episodes in the first series it is nice and short so you can catch up in-between that lull after a Walking Dead episode when you realise you have to wait seven days before you find out if the gang are going to worm their way out of yet another sticky situation.

And last, but definitely not least is Marvel’s Jessica Jones. Last time ‘round I showed you the first teaser Netflix had released and I honestly didn’t notice half of the easter eggs that the folks over at NewMediaRockstars pieced together. They also posted a video talking about how Netflix were going to tackle the X-rated material in the comics. Would they go whole hog? There are certain elements to the comics that are not only sick and twisted but also vital to the back story of Jones.

Also in the past few weeks there have been not one, not two, but three teasers for Jessica Jones.

Right, enough with the tele, on with the movies.

We Will Get Doctor Strange’s Origin Story

For some reason there was a rumour floating around online for some time now that we would not be getting an origin story for Strange. It was thought that Marvel believed that people were sick of the origin story, that we just wanted to get straight into the action. Thankfully Kevin Feige has set the record straight. In an interview with IGN Feige cleared things up:

“For some reason people sometimes talked about how we’re not doing an origin story, we’re bored of origin stories. I think people are bored of origin stories they’ve seen before or origin stories that are overly familiar. Doctor Strange has one of the best, most classic, most unique origin stories of any hero we have, so why wouldn’t we do that? That was sort of always the plan. How you tell that origin, perhaps there are ways to twist it or play with that, but for the most part, it’s a gift when the comics have something with such clarity of story and of character. That doesn’t always happen in the comics, and when it does, you use it.”

So it looks as if we will be getting the tale of how Stephen Strange goes from world-class surgeon to Sorcerer Supreme.

Feige has also promised “quite a slew of casting announcements over the next few months” for both Strange and Guardians of the Galaxy 2 so exciting times are ahead.

Well not in the traditional sense. While talking to Zane Lowe on Monday’s Beats 1 radio show, Smith said:

So it seems Leto has gone all Ledger on the undertaking of the iconic role. Also with the six months that they worked together here’s hoping that The Joker is integral to the plot and features as the main villain. I mentioned in a previous article that he may not be, which would be an awful shame if you ask me.

The folks in the marketing department have done themselves proud on this one. Fortune Magazine have featured an article on LexCorp and its owner Lex Luther (Jesse Eisenberg). The article is full of easter eggs and clues to the super-villain’s role in the movie and connections in the universe.

Lex is also now a member of the Twitterverse, so follow the man himself for what is sure to be a stream of insights, throwbacks, and clues to his role in the upcoming blockbuster.

.@FortuneMagazine Looking forward to reading about #LexCorp. Father would be proud. http://t.co/esCqzVAaAz

Deadpool Gets a Kick Ass Composer

Grammy-nominated composer Tom Holkenborg, AKA Junkie XL, announced on Twitter that he has begun work this week on the Deadpool movie. Hollkenborg has worked on Zach Snyder’s 300: Rise of an Empire, Neil Burger’s Divergent and most recently flexed his guns on the brilliant Mad Max: Fury Road. Junkie XL’s impact on the movie was substantial, the drum-heavy, guitar-layered and sometimes maniacal soundtrack fit the movie perfectly. If he can bring that energy to the Deadpool movie, we are set to be in for a real treat. Check this out: 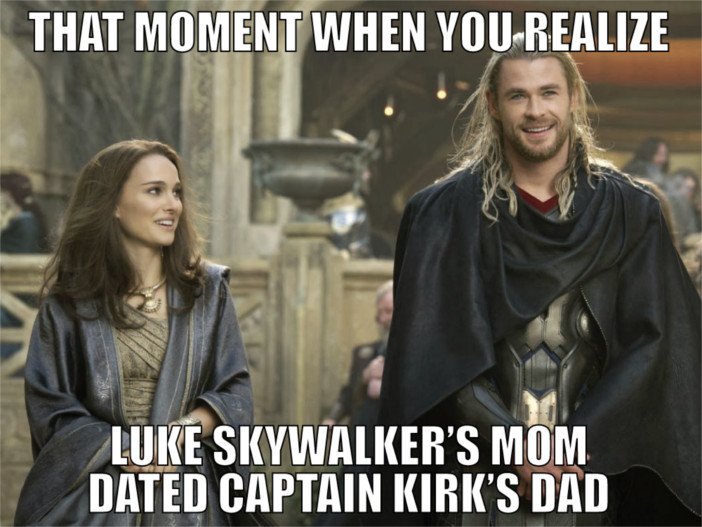