When looking for something interesting to watch, Netflix always has a variety of films to peak interest. One of the most often overlooked secrets is independent films. Because there are so many different versions of Netflix around the world, having an option to unblock Netflix with Surfshark is one of the best solutions to watch films you may not have heard of.

There may be times where the error code: m7111-1331 comes up. When using a VPN, most people won’t have that problem. Getting a VPN is not hard, but it is important to get the right one. The best VPN services are paid and have no log features so anonymity will be preserved at all costs. Being able to watch different movies and shows from a number of countries adds a new layer and appreciation of movies done all over the world. It’s time to watch something new! Here are 10 thought-provoking indie films on Netflix you don’t want to miss: 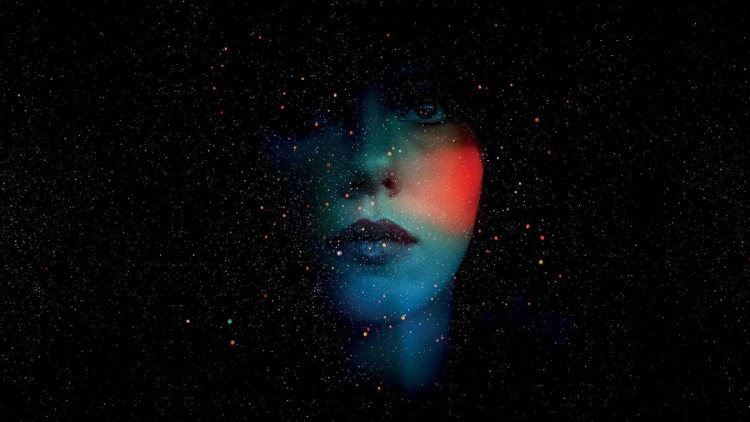 This independent film has Scarlett Johansson and Jeremy McWilliams as the main actors. Directed by Johnathan Glazer, this film is about an otherworldly being preying on men in Scotland. Violent and strange, it makes you wonder what the writers were thinking when they put it together. A film that has rich subtext and themes running throughout, it’s definitely one that calls for a viewer’s personal interpretation.

For all the Christian Bale fans, this is another one under his belt. Written and directed by Scott Cooper, this independent film also stars Rosamund Pike, Wes Studi, Adam Beach, Jesse Plemons, Rory Cochrane, Ben Foster and Timothee Chalamet. A very dark film, this movie details the story of a U.S. Captain in 1892 whose last act before retiring is to escort a dying Cheyenne war chief to his tribal land in Montana. He’s joined on the journey by a widow who lost her family to Native American attackers and fellow soldiers. This film is a Western filled with violence, prejudice and forgiveness.

Directed by James Ponsoldt, this film has an interesting cast of heavy hitters: Miles Teller, Shailene Woodley, Brie Larson, Mary Elizabeth Winstead, Bob Odenkirk, Jennifer Jason Leigh and Kyle Chandler. Based on a charming and popular high school student with a drinking problem, he starts dating someone he doesn’t really know. Full of differences between the two, they are forced to deal with hard truths in both of their lives in an engaging, and emotional way. 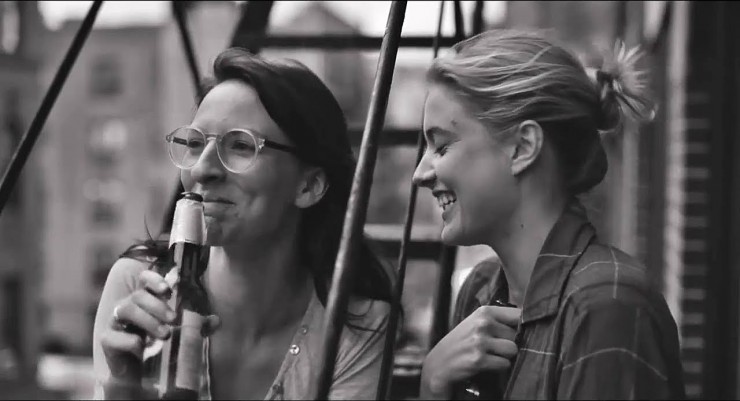 Written by Greta Gerwig and Noah Baumbach, this indie film starts Greta Gerwig, Mickey Sumner, Adam Driver, Josh Hamilton and Grace Gummer. Directed by Noah Baumbach, this indie film is only 86 minutes and is in all black and white. Based on the story of a 27-year-old dancer living in Brooklyn who has to get her life together, the film makes you consider the differences in making it or failing.

Sleeping with Other People

Have you ever seen a romantic comedy that makes you think? This indie film concentrates on acquaintances who have lost their virginity to each other in high school and lost touch. Reconnecting years later in New York City, they become platonic besties, trying to navigate the dating game. Knowing all the dirt on each other, it demonstrates how one may actually be around the one they are meant for and don’t even realize it. Written and directed by Leslye Headland, the film stars Allison Brie, Jason Sudeikis, Adam Scott, Jason Mantzoukas, Natasha Lyonne, Adam Brody and Amanda Peet.

Written and directed by Alfonso Cuaron, this film recreates his childhood in 1970s Mexico through a domestic live-in worker named Cleo. The family is middle class, the parents are getting divorced and the family unit is in shambles. It’s definitely a film that shows how the little things in family life matter and affects everyone, whether it’s realized at the time or not. The independent film stars Yalitza Aparicio, Marina de Tavira, Fernando Grediaga, Jorge Antonio Guerrero and Marco Graf. 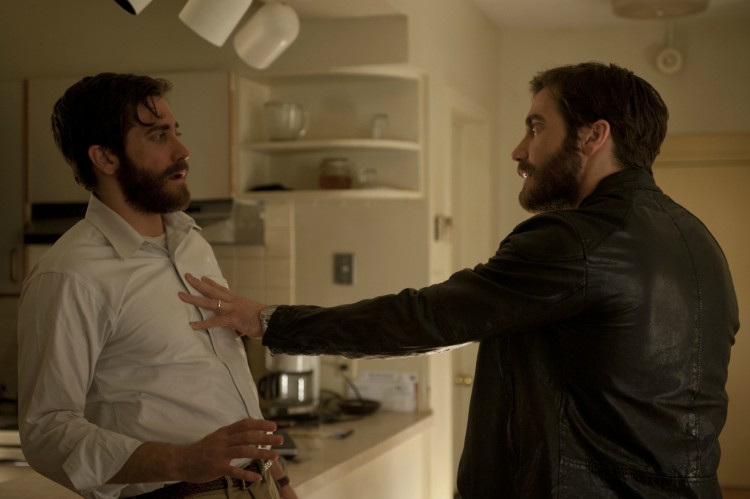 Who doesn’t love a film with Jake Gyllenhaal in it? Written by Javier Gullon and directed by Denis Villeneuve, this indie film is touted as Jakes best TWO performances. A psychological thriller revolving around a solitary college professor who lives a boring life, things really get interesting when an actor who looks just like him enters the scene. As he begins to investigate the life of the lookalike, reality for the professor gets a little warped as he continues down the rabbit hole. It may be weird for some and it’s definitely one that makes you think. The film also stars Melanie Laurent, Sarah Gadon and Isabella Rossellini.

Based on the life of a construction foreman, he takes a series of calls during a long drive from a woman he had a one-night-stand with who’s going into labor. A series of twists and turns ensue and the viewers are left wondering what’s really happening – because the entire film is based on one actor and takes place in the car the entire time. Crazy, right? Tom Hardy, Tom Holland, Ruth Wilson, Andrew Scott and Alice Lowe round out the cast.

Written by Phil Hay and Matt Manfredi, this horror movie makes you consider all possibilities. Based on a man who brings his girlfriend to a dinner party arranged by his ex-wife, a group of old friends reunite. Things get really interesting when the discussion turns to a group the ex-wife and her new boyfriend have joined. The mind is put to the test in this independent film as the story keeps you on the edge of your seat and guessing until the very last shot. Directed by Karyn Kusama, the film stars Logan Marshall- Green, Tammy Blanchard, Michiel Huisman and John Carroll Lynch. 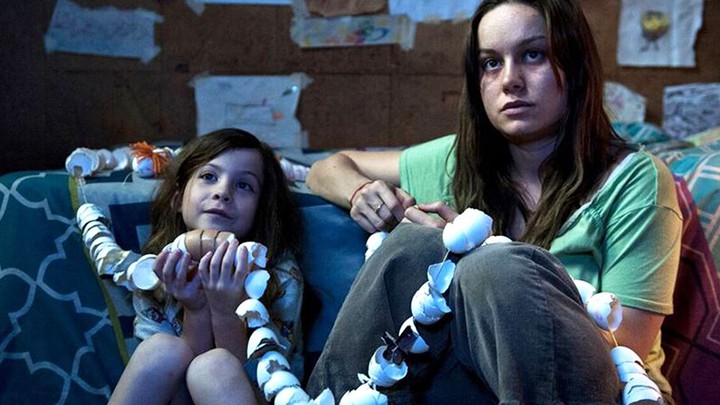 Based off the book written by Emma Donoghue, this film was independently financed with help from Canada. A thought-provoking story that makes you wonder how people get their resilience, this is the tale of a woman who was held captive for seven years and gave birth to a child who knows nothing about the world outside of the storage shed where they are forced to live. It’s a psychological drama that makes you wonder about the psyche of someone who knows what the world was like and then have it taken entirely away. Directed by Lenny Abrahamson, the film stars Brie Larson, Jacob Tremblay, Joan Allen and William H. Macy. This was a breakout film for Larson, as it helped her win the Oscar for Best Actress.

Do you really need a VPN to watch these movies? It depends on the type of Netflix service in the country. While most countries have some of the same movies, there is a good chance Netflix serves different movies to their audiences based on the region they are in. A VPN allows anyone to bypass those restrictions, unlocking the doors to watching a ton of movies they wouldn’t have ordinarily been privy to.

Additional reasons to want a VPN?

With so many governmental regulations being put on using the internet, a VPN will help mask these activities all over the world. For people traveling to different countries, a VPN is a great way to stay connected to their home country and watch movies that cater to their interests. The privacy factor is a huge advantage, as files can be downloaded and movies streamed quickly without buffering or causing lags in action.

Who uses a VPN to watch movies?

A number of people use VPNs to watch all types of movies, especially independent films. College students who have restricted internet access can enjoy these types of movies on Netflix without interruption or worry or being shut down. VPNs are also good for people who are working in office settings or buildings where the internet is being monitored or restricted. They can watch movies via the VPN on their mobile phones during the lunch hour or at break times. If traveling to and from somewhere by train, or if traveling long distances in a car, a VPN allows the user to view indie movies at their leisure.

Is a VPN a good idea?

Absolutely. It’s more than a way to watch independent movies … it’s a way to ensure the identity of the user is protected, and all their online activities are kept away from prying eyes. Netflix is a very popular service and has so much to offer to their viewers. Being able to tap into those movies without worrying about whether it’s being shown in a certain country or region is just one of the many perks having a VPN offers.

By understanding how to get around the error codes and other issues that may arise, users can set themselves up for a movie-watching binge of indie movies that are thought-provoking, interesting, and most of all, FREE. Who wouldn’t want a few Netflix movie nights to share with friends and family? With a VPN like Surfshark, it’s all possible.

Distraint is the Love Child of P.T. and David Lynch