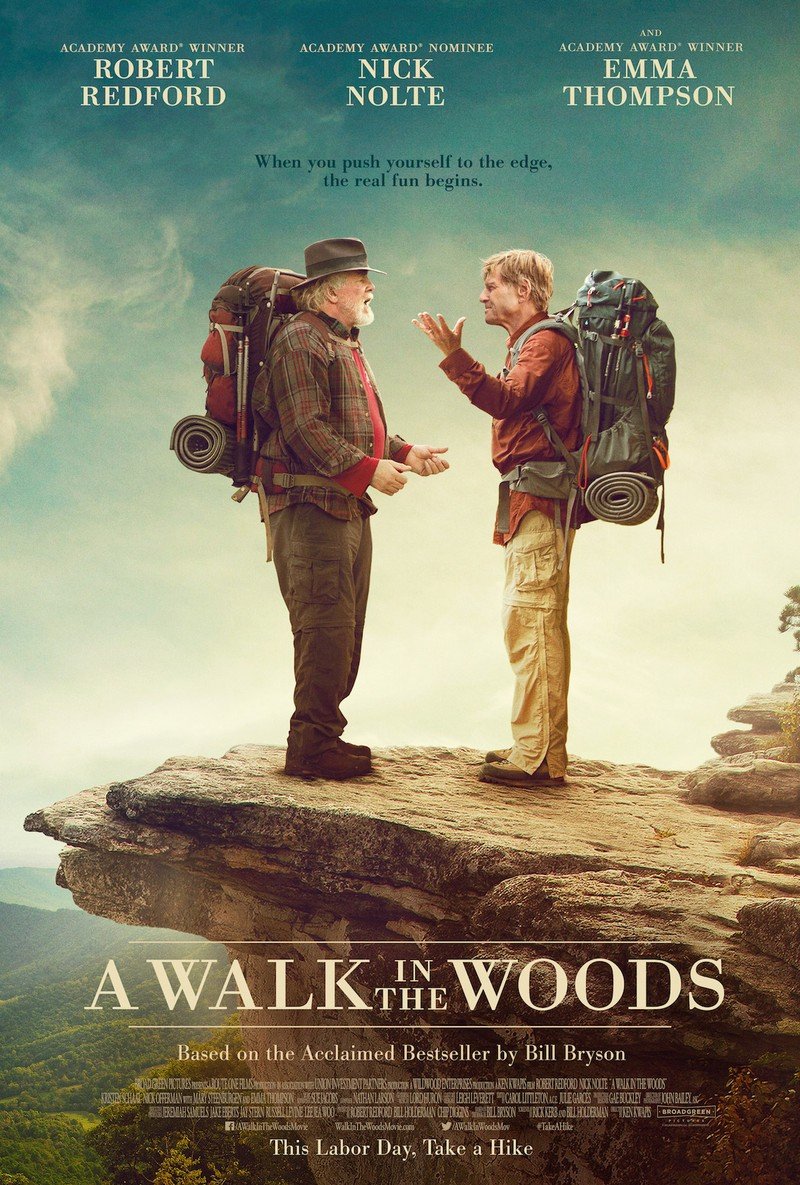 A Walk in the Woods is a pleasant film which follows Bill Bryson (Robert Redford) as he attempts to conquer The Appalachian Trail, over 2,000 miles of American wilderness, with his old friend Stephen Katz (Nick Nolte). Both men are in their 70s and go on this journey for different reasons. Bryson is a travel writer with itchy feet. Katz on the other hand, is a recovering alcoholic who seeks nothing more than to simply reconnect with a good friend and let him get to know him sober.

Although this adventure poses as an escape for each of the men, the film itself doesn’t pretend to be an epic journey of self discovery and reflection with the main themes being friendship and growing old. The two friends had drifted apart and this walk reunites them, but more importantly it’s just a bit of fun to watch two geriatrics trek through the woods and bicker with each other for an hour and a half about seemingly trivial things.

Nothing much happens on the journey itself but at least the pair get out for some exercise and see some sights. There are some really beautiful aerial shots of the trail but the landscapes weren’t utilised as they should have been. Most of the walking scenes with dialogue look like they were all shot in the same section of woods so it doesn’t leave you with an urge to book a flight to America and embark on the trail yourself.

A Walk in the Wild is essentially about two old men who have to admit to one another and themselves that they’re old and they can’t be at this craic anymore. The humour is quite dry and with most of the scenes, although they might not make you laugh out loud, they will make you smile. I’d imagine this would be the perfect DVD to give to someone this Christmas if they already have films like The Best Marigold Hotel, Calender Girls and Waking Ned  in their DVD collections.

A Walk in the Woods is in cinemas on Friday 18th September. Check out the trailer below.

Andréa Farrell is a comedian from Dublin. A bright spark in Irish comedy, she quickly made an impact as a finalist in the RTÉ New Comedy Awards, a showcase for promising comedians that springboarded her to being a staple of summer festival slots like the Vodafone Comedy Festival, the Cat Laughs, Electric Picnic and the Edinburgh Comedy Festival. When she's not opening for comedy heavyweights like Marc Maron or Bill Burr, you'll catch Andréa co-hosting her film podcast The Cine Stream Club with comedians and her best pals Trevor Browne and Edwin Sammon

The Irish Times Says Sort Your Life Out Karen

Film Review | Vacation – The Griswolds are Back, for the Benefit of No One…