Film Review | Did Jurassic World Just Eat Itself? – A Review of Meta Proportions

I’ve had several, what you might call, “meta” moments recently (in the cinematic mode).

“Meta”, of course, is a term used when a situation approaches the limit of its ontological reality through some linguistic utterance (whether in form or content) that, perhaps accidentally, reveals the true narrative structure of the moment and references it – thereby giving some of the actors of the scene a glimpse of what is “The Real”.

Or whatever. It’s thrown around quite a bit, so really its slang for some act of self-referencing.

The truest form of “meta”, I believe (at least, as I’ve experienced recently), is when something becomes so “meta” that the term becomes lost in itself, that the form of the thing is the meta-infused content itself.

That said – have you ever seen a movie eat itself? Because that’s what I witnessed during Jurassic World even though I didn’t fully understand it at the time.  It took a week-and-a-half, but, finally, a little nugget named Seventh Son helped truly grasp the meta-moment that I had observed. 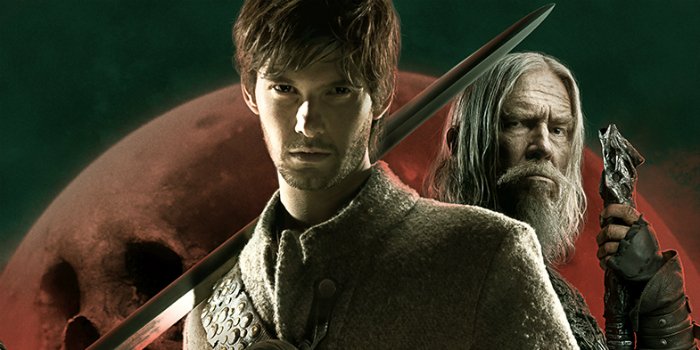 Let me go back. A little background, first, on my excruciating experience watching Seventh Son to give context.

Seventh Son is 2014 film based on Joseph Delaney’s The Last Apprentice, a children’s fantasy novel, that follows a witch hunter named Gregory (Jeff Bridges) and his young apprentice, Tom Ward (Ben Barnes), as they attempt to stop a malevolent witch named Mother Malkin (Julianne Moore) from releasing evil upon the earth before the blood moon sets.

You got all that?

All in all that might not be a bad movie if you’re into fantasy, but from the start I had the visceral experience of pain with each scene. While watching the movie, I imagined that the script had been written by Joseph Campbell during a twenty-minute dump in the latrine and subsequently performed by a community theatre group and filmed for posterity.

I desperately wanted to leave the room, but I worried that I would hurt my friend’s feelings as he had suggested the movie (I later learned that he hated it just as much as me).

After the movie had finished though, it was clear to me that the actors wanted out of the movie just as bad as I did. There was no specific scene or line of dialogue that clarified this for me; rather, it was the cinematographic process itself. The movie relies upon well-known narrative tropes and archetypes but doesn’t dress them up. It marches them out as if the viewer should accept with wonder “the wise older man” or “hero/son” or “the duality of the mother”. But they were all empty husks. (How would you feel looking at a blueprint of the Sistine Chapel?) The result is, at least for me, that I’m squirming because I know each scene that’s coming next. On screen, the characters surreptitiously repeat escape attempts from the movie. (Examples: the mother of Tom begs him not to enter into apprenticeship thereby ensuring that he is not trapped within the movie, Tom leaves his master Gregory hoping to escape the storyline.)

None is successful except for Gregory, who succeeds in passing off the protagonist role to Tom and, thereby, allowing him to escape the movie. 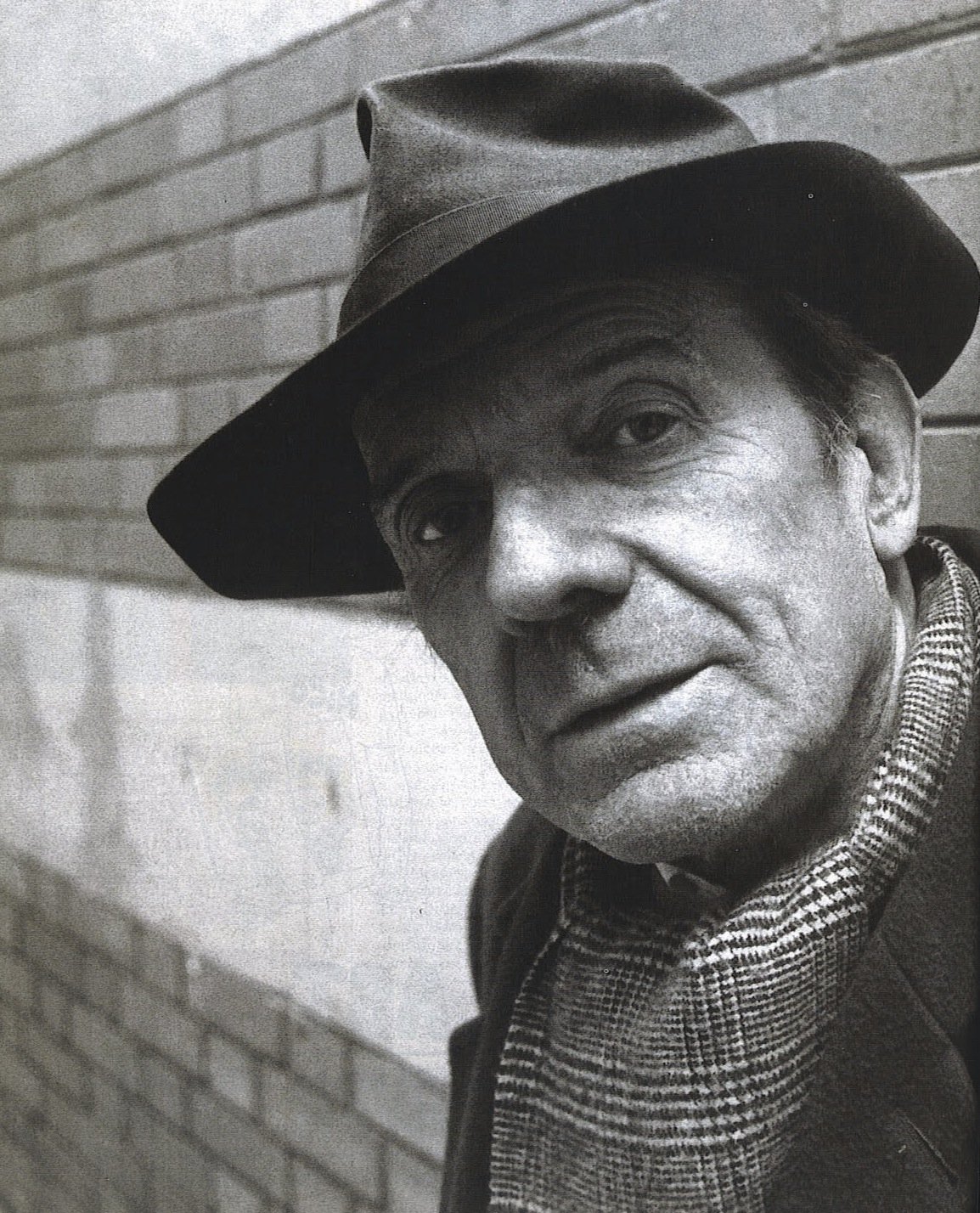 All this seems like over-thinking and I assure you that it is, although it’s more like my personal coping mechanism for watching such a horrible movie. I should just accept that I wasted an hour and change. Yet, like many of us, I found support for abstract meanderings in the annals of postmodern film criticism. Most notably, Gilles Deleuze’s theory of “the idea”.

Deleuze’s explanation of his theory of “the idea” comes across as a kind of intuition. He explains that “the idea” can translate across mediums to novels or films or art. But basically “the idea” is the base, almost guttural act of creation. “The Creative Act”, Deleuze notes, does not have roots in any single mode of expression; rather, it is passed through whatever medium serves the particular portrayal of “the idea” that the artist feels is appropriate. This “Act” has resonance with Deleuze’s concept of the assemblage, a concept that he elaborates into equally puzzling notion of “the body without organs”. Deleuze’s assemblage is a collection of parts that are all independent of each other but appear to create a singular form. Of course, the form itself is a result of the viewer’s perspective. It is not real. The parts are independent. The observer’s perspective, interpretation makes them into a singularity.

The form, of course, is not a form. Still, it draws some sort of emotional response from its observer (imagine, for example, the idea of “a home”… imagine, for example, your home: no specific thing defines it – but seemingly disparate and independent items collectively can create the feeling of “your home”).

This, I would say, is what Deleuze refers to when he says “the idea”. He even gives an example: in the films of Kurosawa and the novels of Dostoevsky, the characters have a sense of urgency; however, they do not know what the origin of the urgency is. Nonetheless, they will suddenly break their normal state of affairs because they have realized, or are looking for, the most urgent duty to be attended to. Dostoevsky and Kurosawa have starkly different elements within their narratives (different mediums, time periods, cultures, languages, etc.), but the base urge of “the idea” is shared by them. The presence of this “intuitive spark” in the storyline actually transcends the narrative itself: what Deleuze refers to as an escape from the “territorialization” of the narrative (i.e. the banality in Seventh Son that characters are trying to escape from, the codified terrain of the archetypes and narrative structures constituting the movie).

GHOSTS OF JURASSIC PARK PAST

That’s a long set-up to Jurassic World, but I think it’s important for what I want to say about it.

Earlier I mentioned that the movie “eats itself”. That’s meant to be tongue-and-cheek but also metaphorical. Prior to Jurassic World, the series jump-started by Michael Crichton’s books had, seemingly, stretched itself to its limits. Personally, I thought that pushing the original narrative in the third instalment (through some clever fan-fictionesque script writing) travelled just enough outside of its orbit that the series could die an easy death. Its limbs had been hyper-extended to the point of rippage. All the original cast had been constituted in some form. Steven Spielberg even gave his permission for the series to die and it seemed that it would.

Well, that was fifteen years ago.

In the fourth instalment, the ghosts of Jurassic Park past reappear. 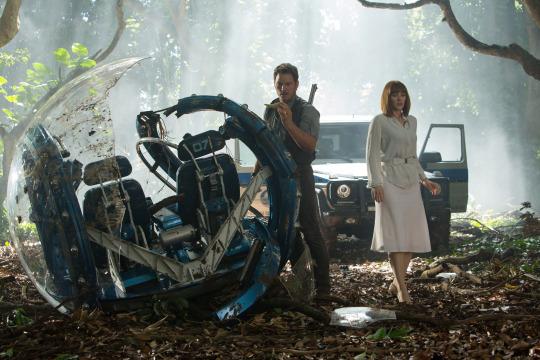 Remember the scene where Jeff Goldblum waves a flare to attract attention away from helpless children? Boom! It’s in there. Remember how they were both siblings? Ka-Pow! In there! Remember when a dinosaur plunged its head through moon roof of the jeep to eat the siblings and they held up their hands in horror at their impending doom? Change “jeep” to gyrosphere and BOOM! Extra innings!

Besides these nuggets, the film aches with Chris Pratt’s cavalier dialogue and Bryce Dallas Howard’s independent/helpless woman dichotomy. The film also adopts elements from video games (check the InGen team’s ill-fated attempt to tranquilize the Acid while their “health monitors” are all displayed “Call of Duty” style) and RomComs (that scene where Claire (Howard) drops by Owen’s (Pratt) trailer to play a game of sexual tension badminton. Pratt even borrows a line from Andy Dwyer when he corrects Claire’s dismissal of the dinosaurs as just animals: “highly INTELLIGENT animals”.

So, if Jurassic Park III was stretching the narrative foundations formed in Jurassic Park and Lost World to their limit (although still feasibly a new movie and not just a reincarnation of the first two with different people being eaten), then Jurassic World is literally playing in a Jurassic “theme” Park as it is also following the violent turn-of-events in an actual Jurassic “theme” Park.  Does that make sense? [pullquote]The tropes from all three previous movies are used to create an enclosed world. The movie is the theme park that it is portraying.[/pullquote]

In Deleuzean terms, Jurassic World has no escape; it is not composed of radical components that could, at any moment, shoot off and allow for some gesture of escape or transcendence. The movie composed itself of itself. The content of the narrative is the form used to display the content.

Now, is this a bad thing?

Walking out of the movie, I voiced my concerns to my girlfriend. I actually used the word “crisis” to describe my feelings toward the movie. (On a personal note, I don’t think I quite understand what the proper application of the word “crisis” is)  I wasn’t, I explained to her, sure if I liked the movie or not or if it was good or not.

I reflected on this, as I said, for a week and a half before I can admit that she was right.

Yes, the movie ate itself and I’m not ashamed to say that was really fun to watch happen.

Jurassic World is in cinemas now.

Nick Hilbourn's work has recently been featured in Queen Mob's Teahouse, Trickster and Infinite Acacia. He is a humour columnist for Points In Case and a regular contributor to Defenestration. He lives and works near Philadelphia.

The One, The Only Adam West | A Tribute

Journalism on Film |5| Hard-Boiled Journalism: The Murky Nature of…

Alone with the Wild Things: Points of meeting between Maurice Sendak’s and Spike…