Despite its name, Brooklyn is not about self destructive, Lena Dunham-esque, 20 something women talking at their friends in pop up bars and boho apartments. In fact, it’s as close as you can get to the exact opposite; a big, broad period piece. The story starts in 1950’s Ireland as Saoirse Ronan’s Eilis is set to emigrate. She leaves behind her widowed mother and her sister Rose in a world that feels familiarly petrified; all grey streets and small town gossipy bitches. It’s easy to see why she’s away to America. 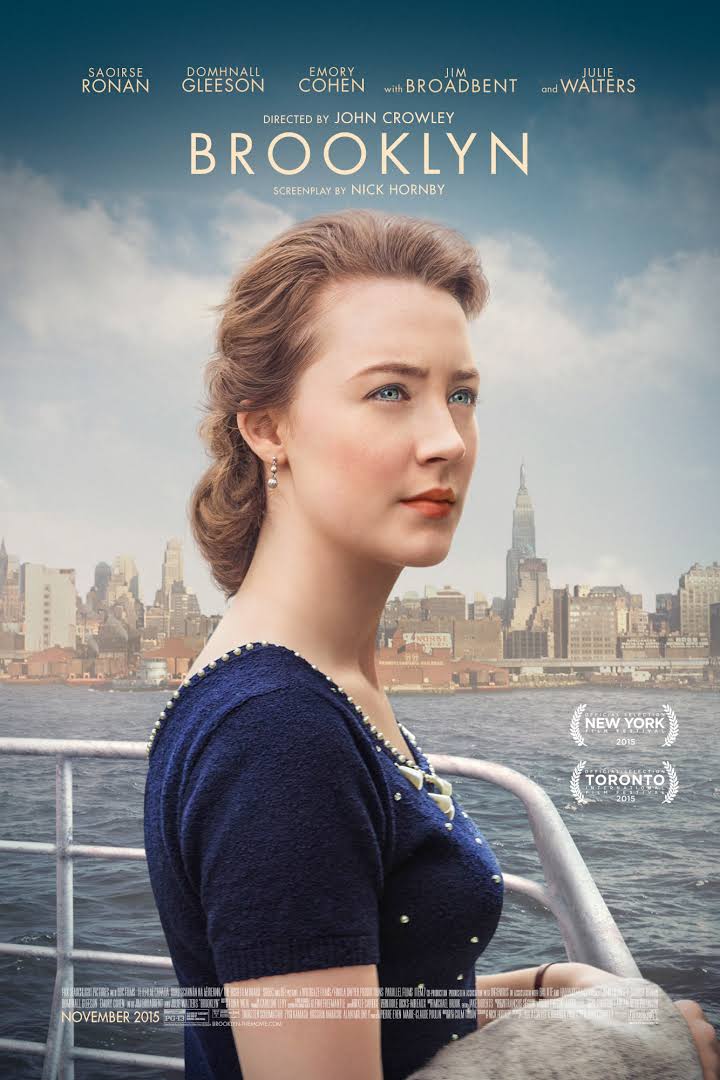 Before arrival, she’s set up with a department store job by an amiable priest played by Jim Broadbent. Initially hating her job, her boarding house digs and hating not being home in general, she soon grows through this and meets a lad that sounds just like Morello from Orange is the New Black. He’s a man that initially seems unintentionally creepy and sweet in equal measure. Tony is his name and he begins to make the place feel like home.

Eilis secretly marries Tony before returning home to deal with her sister’s death. While back on the auld sod she forms a relationship with Domhnall Gleeson’s Jim. Jim’s a nice polite, Irish fella and the second half of the film thus becomes a cross Atlantic love triangle.

The real temptation for Eilis is home, not Jim. The question is what ‘home’ means now that she has begun to put down Stateside roots. Jim never feels like a convincing threat on his own but the lure of the familiar does. The film does a good job of creating a conflicted main character who is torn between the pros and cons of two very different paths in life.

This is, unashamedly, sentimental. At certain points they do over egg the pudding. One scene, set in a homeless shelter of sorts, involves a scene of genuine feeling emotion as one of the men sings a song from the old country. The filmmakers can’t help themselves but throw in some tear jerking score too, just in case we didn’t get how we were meant to feel. The attempts at melodrama (the love triangle) don’t really land either and, from the review so far you’d be forgiven for thinking this is a worse film than it is.

This isn’t really about romantic intrigue. It’s about home and homesickness. Capturing this feeling is pulled off completely and gives the whole story a punch, a needed strength, that makes it engaging throughout. It is also often extremely warm and funny. The boarding house scenes and a dinner involving Eilis’ training to eat pasta before a date manage easy laughs.

As something that you can watch with your Mam at Christmas, this would be easy to sneer at. It does skirt close to cliché but they’re executed well enough here to remind you why certain tropes became overused in the first place. When done well they really work. If the cliché of ‘You’ll laugh. You’ll cry’ holds true as it does here then you can’t really complain.

Brooklyn is in cinemas on Friday November 5th. Check out the trailer below.