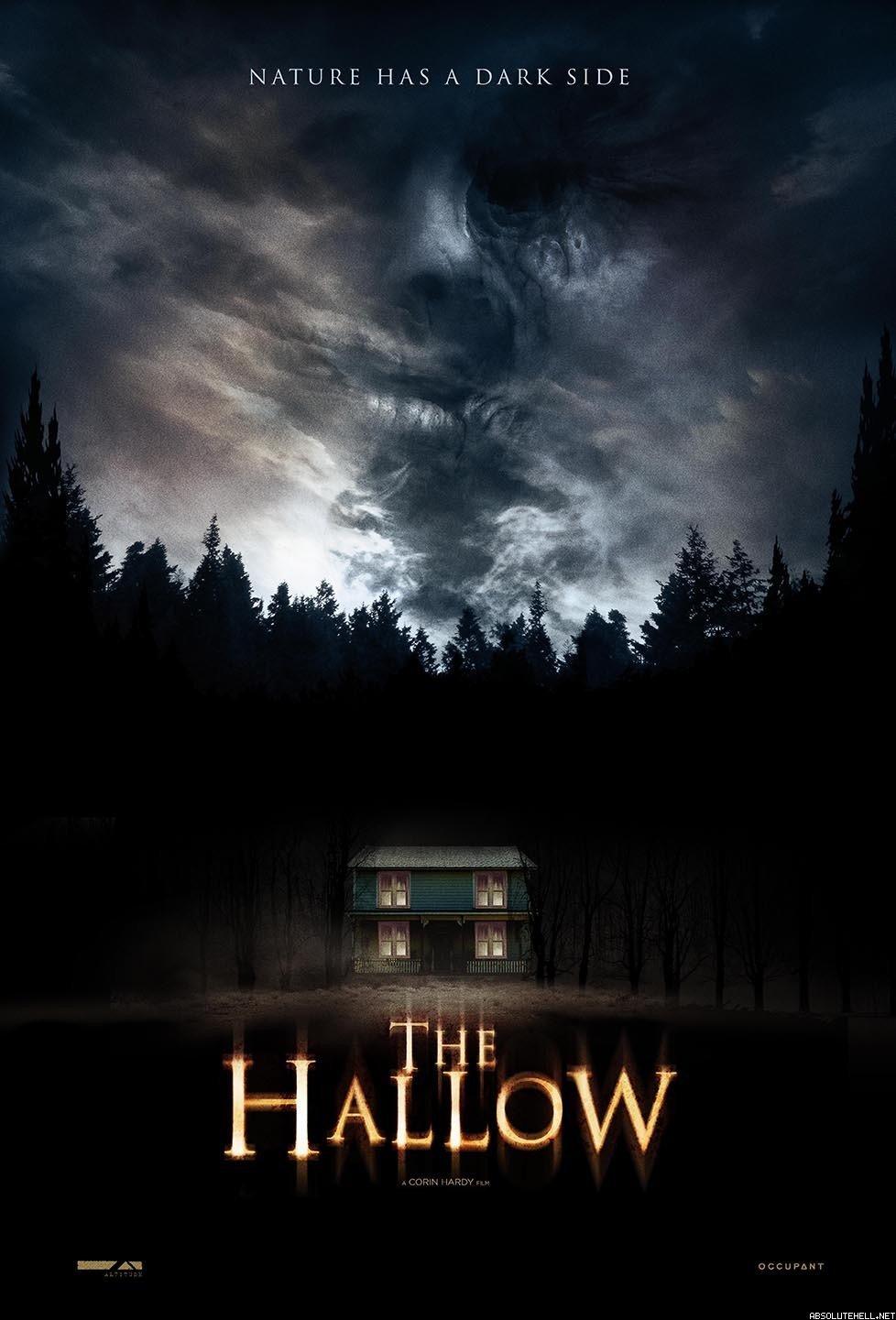 To quote Roger Ebert; it’s not what a movie’s about. It’s how it’s about it. The appeal of The Hallow  doesn’t rest in originality of concept and certainly not the characters (a pair of new parents trying to protect their baby from mysterious creatures after moving in next to a forest in the back arse of nowhere). The appeal rests in its the execution which is fun, tense, sometimes disgusting and manages to combine subgenres in a way that tries for novelty, if not originality. This is, at least, the only film I can accurately describe as an Irish fairytale body horror ghost story.

A handsome couple, Adam and Claire, move in with their newborn baby to a remote millhouse in an unnamed but remote part of Ireland. Adam is some kind of tree scientist man. Their presence in the woods is met with threats from the locals and frequent death stares from a farmer played by Michael McElhatton (Game of Thrones‘  Roose Bolton) who makes a stock role into something better than it had any right to be. Mystery goo is found, attacks on the house ramp up and it becomes clear that there’s worse things in the trees than angry culchies.

The first half of this story is enjoyable, spooky nonsense. The introduction of the threat is handled very well; a constant prowling shape in the shadows or a noise from a baby’s room. The ‘Oh Shit’ moment halfway through is also a great set piece more akin to Aliens  than The Wicker Man.  After that we’re mostly waiting for the story to play out, bar a few entertainingly rank moments of sub-Cronenberg gross out. The problem at this point is that, with no mystery left, we are asked to care about the choices made by bland characters, one of whom seems to have ‘Mum’ as her sole trait. Good thing there’s a baby in peril.

For the most part though this is a scary story well told, nothing more. It’s the kind of film where one character gives another an ancient book of exposition and scary pictures. The weathered Irish locations give it a wonderfully drab, creepy backdrop which is both dreary and intimidating. It’s púcanery with gloss.

Check out the trailer for The Hallow  below.