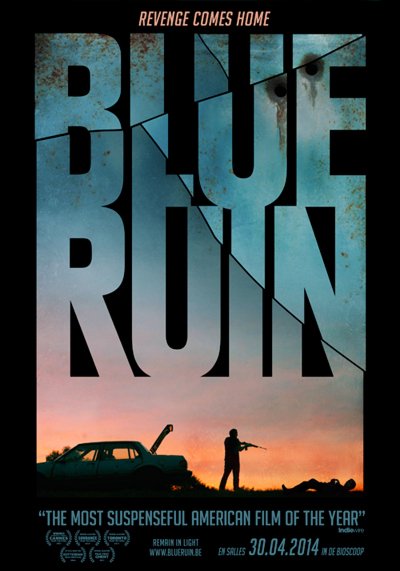 I had heard great things about this dark, mysterious indie thriller and it certainly didn’t disappoint. A superb mix of the light-hearted darkness synonymous with the Coen Brothers and the sudden, brutal violence of a Nicolas Winding Refn film, Blue Ruin tells the story of a man who has spiralled into despair after the murder of his family, who suddenly finds a purpose in life with the release of their murderer from prison a number of years later. A typical revenge tale is wonderfully acted by the unknown (to me anyways) Macon Blair and precisely directed by Jeremy Saulnier who keeps the tension taut and the mood absolutely black. I give it 9 hamsters out of 10 hamsters. (Yes that’s right I use a Hamstometer…what about it?) 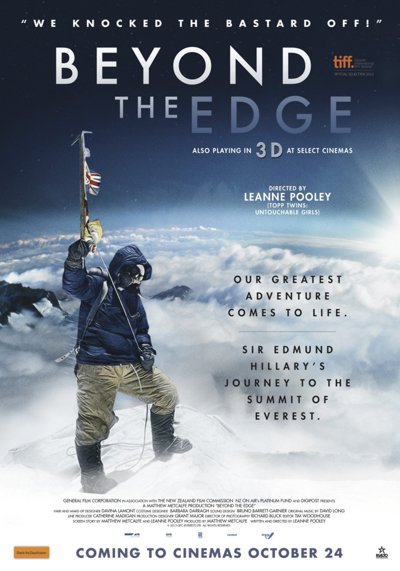 I have had an obsession with real life adventure stories ever since my older brother handed me a copy of Joe Simpson’s stunning book Touching the Void and told me to “be prepared to be amazed”. I suitably was and ever since I have sought new stories about surviving the extreme. The documentary Touching the Void, directed by Kevin Macdonald in 2003 is in many ways the gold standard for how these particular types of stories should be told and it was with that standard in mind that I watched Beyond the Edge which details Edmund Hillary and Tenzing Norgay’s first summit of Everest in 1953. Filled with gorgeous archive footage from the actual expedition and recounting the story in great detail the film just seemed to lack a certain…drama! Whereas the likes of Touching the Void, The Summit or Into Thin Air all have the dramatic narrative turn of knowing that something really terrible is about to happen, unfortunately Beyond the Edge just doesn’t have that edge. The fault with the achievement is that it was a great success and pretty much nothing went wrong. I still liked it, more so because of the archive of glorious footage mixed with the sheer determination of those involved but as a doc it was more of a hill than a mountain! It gets 5 hamsters.

Because I love these types of stories so much I have decided to make you a short list of books and documentaries about such stories:

Into Thin Air by Jon Krakauer

No Way Down by Graham Bowley

The Climb by Anatoli Boukreev

Left for Dead by Nick Ward

Touching the Void by Joe Simpson

Stranded: I’ve Come From a Plane That Crashed on the Mountains (2008) Dir. Gonzalo Arijon 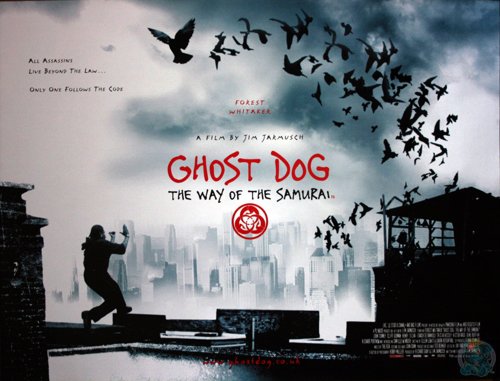 This is one of those films which I’ve been meaning to watch for ages (I mean like 5 years) but I just never got around to it. It’s also a film that you think you need to be in the right mood for it. Well at about two o’clock in the afternoon on a Friday I was in that mood. And to be honest I was kinda pissed off I hadn’t watched it a long time ago. Jim Jarmusch is also one of those directors who I know a lot about but I haven’t actually watched a lot of his films (Akira Kurosawa falls into this category also, unfortunately) so Ghost Dog was an eye opener in many ways. It tells the story of a freelance hit man (Forrest Whitaker) who gets a contract put out on his own life when the mafia want him dead. Unfortunately for them oul Forrest (AKA Ghost Dog) has been reading up on the way of the samurai and has become the perfect hit man; quiet but fierce, deadly but kind. Set against a hip hop urban backdrop, it is essentially a samurai film about a lone outsider trying to do right by himself and Jarmusch wonderfully winds this professional life with his odd but striking personal relationships. The interactions between Ghost Dog and Raymond the ice cream man (who can’t speak English) work so well throughout the film that you kinda hope they do a prequel just about them, where they sit around all day talking shite to each other in different languages not having a notion what they are saying but still havin’ the lols. Ghost Dog gets 8 hamsters. 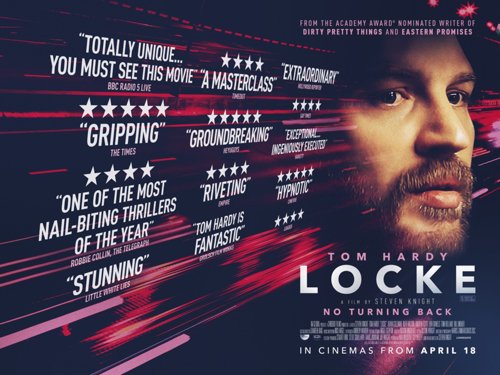 Have you seen that film Buried starring Ryan Reynolds? The film where he is buried alive in a coffin and has a phone and has to free himself? And there are no other actors apart from voices on the phone? And it’s really really shit? Yeah that one…the really really shit film that is completely dependent on one single actor maintaining your interest for 90 minutes but the actor they chose was Ryan “I really shouldn’t be here” Reynolds.

Well Locke is exactly the same as that except it is really really good…and it doesn’t star Ryan Reynolds, it’s stars the man of the moment (I cannot wait for Mad MAX) Tom Hardy who actually can act, and it’s written and directed by the guy who wrote Eastern Promises and Dirty Pretty Things. It tells a really simple story actually and is entirely based in the front seat of Ivan Locke’s car as he drives across England for an hour and a half. A mistake made a few months earlier comes back to haunt Locke and his seemingly ideal life which slowly begins to unravel when he finds out a woman he slept with is having his baby. It doesn’t help that he hasn’t told his loving wife and that he is also on the eve of the most important day of work in his entire life. His Bluetooth system goes into overdrive as he bounces between calls trying to keep some sort of control on the spiralling situation. The real glory of this film is definitely Tom Hardy’s performance and it carries the idea in the way many others (ahem) have failed. The film was shot twice each night for eight nights in full 90 minute takes until they had enough to craft this wonderfully interesting film. It gets 8 hamsters. 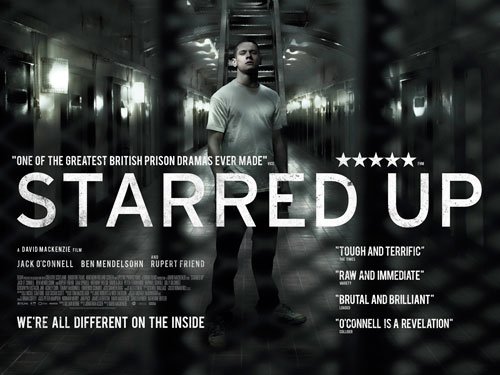 Ah, the good oul prison drama. The sub-genre that gives gold sometimes (Hunger, Cool Hand Luke, Shawshank) and sometimes gives shite (Mean Machine, Lockout, Ernest Goes to Jail). So when I sat down to Starred Up I didn’t quite know what to expect. One thing I knew was that Ben Mendelsohn was in it and I have a serious man crush on Ben Mendelsohn ever since seeing Animal Kingdom a few years back. I’ll pretty much watch any film that has Ben Mendelsohn in it. Did I mention I like Ben Mendelsohn? He is superb. Watch Animal Kingdom and watch Killing Them Softly and I think you’ll agree. So when I watched Starred Up I was expecting another stellar performance from ‘B-Men’ as a deranged prisoner looking out for his son who has just been moved from baby prison to the real man prison that’s he’s also a prisoner in. But a wholly unexpected thing happened. That thing is named Jack O’Connell and he stole the show as the young psychotic prisoner trying to adapt to his daddy’s territory. It really is the performances that define this film and both leads are spectacular against some of the more common clichéd prison settings; a therapist trying to change the minds of the prisoners, a lead gangster running the prison, a dodgy warden. O’Connell is set for big things and Mendelsohn can do no wrong so Starred Up is worth a visit. It’s 7 hamsters for Starred Up.