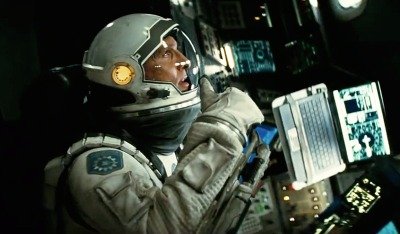 Christopher Nolan’s sci-fi masterpiece? The perfect match of hard science, high-concept filmmaking and story telling? The best film of 2014? Well, I’m not sure. It took great ambition to make this film. Yet, the ambition was not in the constraints of trying to wield the story within the parameters designated by researched scientific theory, or visually trying to imagine what would happen to a ship or a person when they pass through the event horizon of a black hole or wormhole. I think that the most ambitious element of this film was trying to make it accessible to a wide audience.

Prior to Nolan, Steven Spielberg had been attached to the project and they are probably the only two directors making films right now who could make this a blockbuster smash. In other hands Interstellar could have become another underground hit, garnering good reviews and a cult status, but due to its adherence to the ideal of more science, less fiction, it would have been too high-concept for the modern cinemagoer. But Interstellar was designed for the average viewer and in many ways, some of the expositional dialogue reflects this, unfortunately. Especially in the third act of the film. It is exceptionally difficult to describe how the 5th dimension or the interior of a black hole works without a bit of explanation so in many ways it was necessary and in the context of the film, forgivable.

Visually, the film is truly on another level and the setpieces are so unique and well-conceived that you feel like you are on this journey with McConaughey and co. This ultimately negates the huge running time and coincidentally three hours passes in no time at all. The score is outstanding and underlies the massive undertaking of the characters within the film, along with pronouncing the action with bursts of gravitas and grandeur. The scene where McConaughey attempts to dock with a spinning, out of control ship is probably one of the best scenes I have ever watched in a cinema theatre, hands down. Nolan pulls it off like probably no one else could but the story is compromised somewhat for his love of the audience. Not a bad complaint, I guess.

What We Do In The Shadows (2014) Dir. Jemaine Clement, Taika Waititi 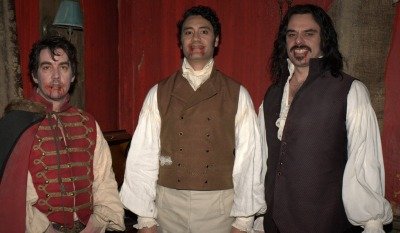 Ah, the mockumentary… in my eyes, one of the best formats for comedy and satire around, with the likes of Christopher Guest  (the genius behind This Is Spinal Tap, A Mighty Wind and Best in Show), Christopher Morris (Brass Eye) and more recently, Sacha Baron Cohen (Borat) showing how perfectly it can work.

This time the “documentary” follows three vampires sharing a house in modern day Wellington, New Zealand. Written by, directed and starring Jemaine Clement (Flight of the Conchords) and Taika Waititi (the wonderful Boy), the story weaves between the back stories of each vampire along with the effect they have on a number of local “pre-deceased”. The deadpan jokes are delivered perfectly and the interactions between the three leads is so effortless that it’s pretty clear not too much of it was scripted.

As with some mockumentaries, often the concept can be hilarious but the film loses steam as it progresses, however What We Do In The Shadow keeps the rhythm solid and the jokes flow with ease and originality. This format is so under utilised that it’s very fresh to see this concept for a film totally working on both a narrative and comedic scale. Also, Rhys Darby stars as the leader of a rival group of werewolves and Rhys Darby is awesome. 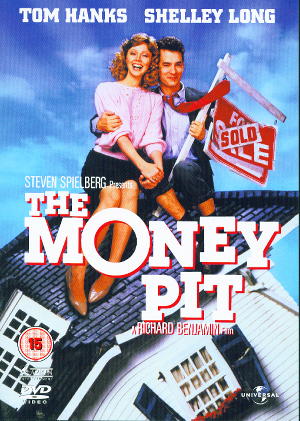 So, I am due to be married soon, and after marriage comes the buying of a house. With that in mind I screened The Money Pit for the future Mrs. Morris and I, a film in which a young couple (Tom Hanks and Shelley Long) buy a terribly dilapidated house in the vain hope of turning it into their dream home.

The film is a tough love allegory for the never-ending cycle of monetary doom inflicted by the purchasing of these “doer-uppers”. Ultimately it is their relationship that is put under most stress, which in turn leads to tension and infidelity as the couple’s idyllic dream lifestyle is ripped apart in front of them. The real achievement of The Money Pit is to sell it as a comedy, full of jokes and humour, however this humour is underlying the true metaphorical meaning of the film, which looks at how capitalism and the desire to own property can have deep reaching sociological effects and in turn, bears a negative outcome on the idea of family and social unity. It is no coincidence that Tom Hanks’ character is a lawyer, representing the establishment and how a capitalist society desires order, whilst Shelley Long’s character plays in an orchestra and represents the artistic joyousness of creativity and inventiveness. These two opposing forces are portrayed with great versatility by the actors and as the relationship deteriorates, these deep seeded societal forces begin to rip the couple apart. The antagonist, a Russian orchestral composer, played by Alexander Godunov (Die Hard), also serves to reflect the imbalance in Western culture between happiness and material objects.

This is another highly-charged, cautionary tale coming from the creative team that brought you My Stepmother Is An Alien and Mermaids so you know that it comes from a rich vein of political and sociological comment. I would highly recommend this film to any couple who intend on buying a “doer-upper” because, in the end, it is the relationship that could need the most work. The Money Pit gets 5 hamsters!

Top 10 Funniest THINGS of 2014 | Vote For Your Favourites