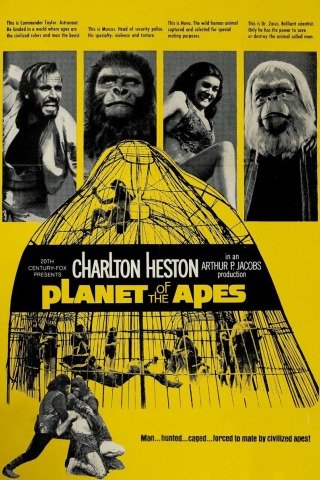 It has probably been 15 years since I last watched the original Planet of the Apes and having disliked the Tim Burton remake, and having quite liked the more recent reboot I felt the urge to go back to the original. On watching, it dawned on me the staggering amount of parody the film has gone through. I actually sang the Dr. Zaius song everytime some character mentioned the eponymous Doctor, and the whole film is worth watching just for Charlton Heston’s delivery of the famous line “Take your stinking paws off me, you damned dirty ape“.

The parody aside, Planet of the Apes is actually a fantastic film. Granted the prosthetics are crude and the special effects (especially in the first half) are lacking but it’s a thoroughly well thought out film and the twist at the end is brilliant. Heston is his usual coarse and preposterous self and the work of Roddy McDowell and Kim Hunter behind the ape masks is very, very good. I watched it with the woman who had never seen it before and was completely unaware of what was coming, so it’s always great to see someone’s reaction to a super twist like the ending of this movie. 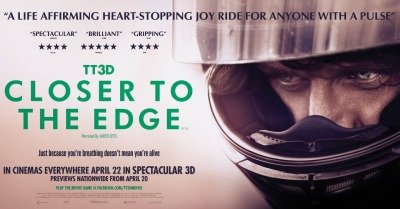 There truly is something special about the Isle of Man TT; probably the greatest and definitely the most dangerous motorbike road race on Earth. Over 240 people have lost their lives since the inaugural race back in 1907 and it is this mix of danger and speed that attracts not only the spectators but the riders themselves. This 3D documentary encapsulates the amazing atmosphere at the event, along with giving a unique insight into the minds of the riders who have wilfully decided to drive a motorcycle at over 200mph around a road with no crash barriers and nothing to stop you if you fly off the track, apart from a wall or the bottom of a cliff. It is the ultimate combination of man and machine and there is literally nothing to save you if either fail. Even though the film focuses on a number of different racers, it is ultimately Guy Martin who takes the lead with his winning attitude and nonchalant bravery. It is not surprising that Martin has since been given a number of his own shows, most notably “Speed with Guy Martin” aired on Channel 4. If you are not a fan of motorcycle road races then worry not, this film is worth watching just for the cinematography alone, with the race footage bringing you as close as you can to the real thing as you can get whilst sitting in your living room drinking a cup of tea. A terrifying, exhilarating cup of tea, no less. 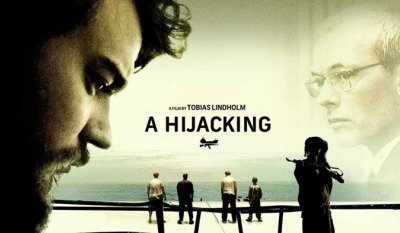 A Danish cargo ship is hijacked by Somali pirates in the Gulf of Aden. Negotiations begin and months pass. Such is “A Hijacking“, released only a few months before Tom Hanks’ Captain Phillips, this Danish film tells the story as a story and not as an action film. It is in the silence and the quiet that this film earns its credit. The film deals with not only the crew of the ship but importantly with the chief negotiator, who is thousands of miles away in Copenhagen, but equally as trapped as the sailors on board the stricken ship. The understated nature of the film, initially, is quite surprising and considering the actual hijacking is not shown, it designs the direction that the film aims to go. Director Tobias Lindholm, who wrote the fantastic The Hunt, slowly builds the tension brilliantly, both in the ever narrowing confines of the cargo ship and the windowless offices of the shipping headquarters. Pilou Asbæk stars as the crewman who is used as the voice of the hijackers and was rewarded for his startling performance with the job of hosting Eurovision 2014. Poor Pilou. He is absolutely brilliant throughout the film though and anchors the slow, subdued story as it gently careens toward it terrific climax.