I can safely say that the moment before I watched the first trailer for Foxcatcher I knew absolutely nothing about the film and the characters featured in it. I had a stronger grasp of String Theory (thank you Dr. Sheldon Cooper) than I had of who Mr. John DuPont was and the influence his Team Foxcatcher had on the American wrestling scene in the 1980’s and 1990’s. A little research unlocked the origin of this true-life story – and what a story it is. Truth is often stranger than fiction and Bennett Miller, director of Capote and Moneyball, presents us with a compelling yet disturbing truth, but is it one worth listening to? 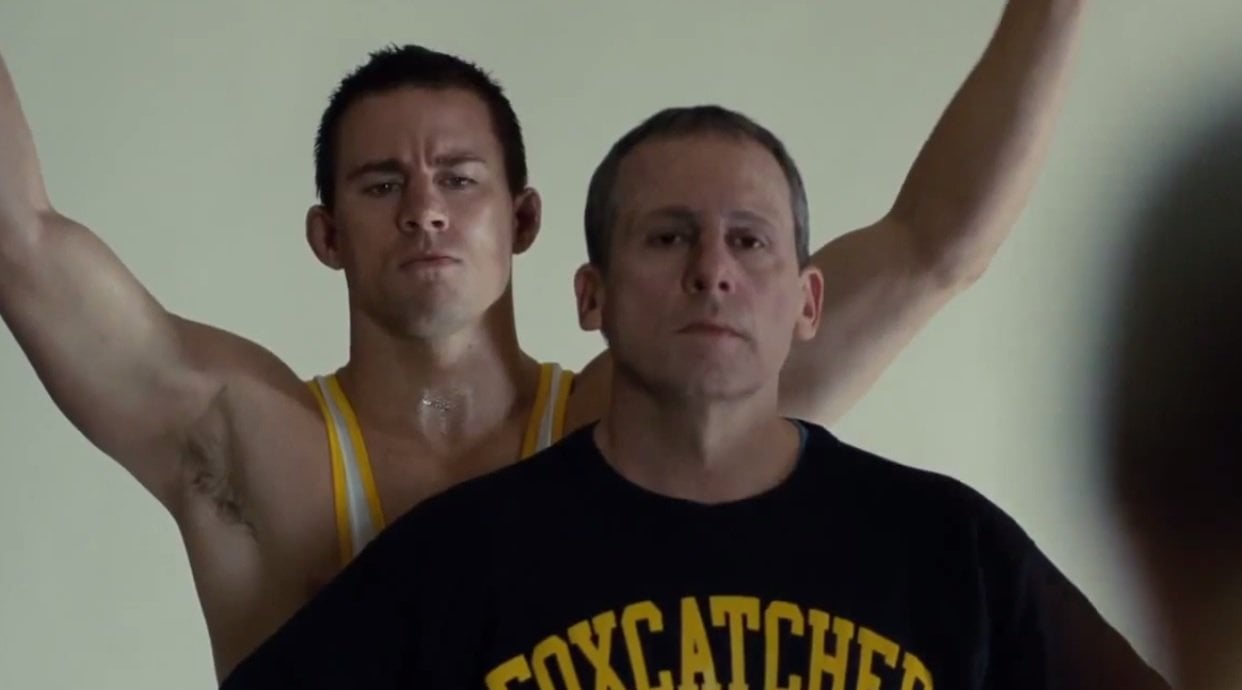 Opening in 1987, wrestler and Olympic Gold Medal winner Mark Schultz (Tatum) feels trapped in the shadow of his older and more revered brother Dave (Ruffalo). Feeling increasingly isolated and marginalised, Mark is contacted by eccentric millionaire John du Pont (Carell), a sport and wrestling enthusiast. Operating out of his Pennsylvania based Foxcatcher Farm, du Pont has built an Olympic quality training facility and asks if Mark would consider coming to Foxcatcher Farm to train for the 1988 Olympic games in Seoul. This partnership begins a set of circumstances that lead to a disastrous and tragic outcome.

If you walked into a room with a hundred people in it and asked them these two questions; is Channing Tatum a good actor? and, is Channing Tatum a good looking actor?, I am certain that the majority verdict would consider him better looking than talented. Foxcatcher may not shake the latter opinion too much as he does spend a good bit of this film showing off his upper body but it should surely make a few people think twice about his acting abilities. Tatum is really out of his comfort zone with the character of Mark Schultz – there’s no humour or charm to Schultz, two of the very things that Tatum has gloried in during his career to date. Schultz is dislocated, isolated and angry and Tatum portrays this with an aching simplicity that I haven’t seen an actor do in many years. What is more surprising, he does all these using fewer words than a child’s pop-up book – it’s all in his body language and mannerisms. 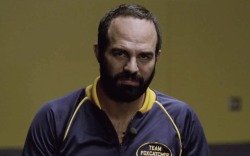 While complimenting Tatum, his performance would be nothing without that of Mark Ruffalo’s Dave Schultz, his older brother. As they play off each other you really see the love and respect that Dave had for his younger brother. Dave had the charm, the humour and the intelligence. Crucially, for Mark, Dave also had the respect and this dichotomy is realised in a virtually silent training sequence where Mark, out of temper and frustration, breaks his brother’s nose. What does Dave do, he keeps on wrestling and keeps on trying to make his brother better. It may not sound like much on paper but it’s an emotional powerhouse on film thanks to both Tatum and Ruffalo.

While waxing lyrical about Tatum and Ruffalo, I also have to spend some time talking about Steve Carell. If you are a fan of Steve Carell then I recommend that you watch this film, simply to see a side of him that you will honestly never have seen before. In Foxcatcher he is not a face-making, funny man but the considered and totally absorbing straight actor. If Carell can land more roles like this he may just leave his comedy day job behind him. Hidden behind a not-as-distracting-as-I-thought-it-would-be prosthetic nose, Carell completely transforms himself – his physical appearance, his voice, the way he walks, even the way he looks at his fellow actors. He is John DuPont, and he is terrifying. If ever Oscar buzz was totally warranted then this is it, Carell is a shoo in for a Best Actor nomination. He may not win but by God, what a role to earn your first nomination for. If you haven’t cottoned on yet, I thought that Carell was absolutely fabulous in Foxcatcher and rounded off a triumvirate of amazing performances. 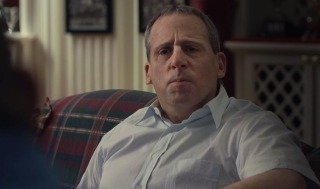 Have you ever heard of a film being referred to as a ‘slow burner’? Well Foxcatcher is a slow burner, an absorbing and quite devastating human drama that unfolds gradually, sucking the viewer in. There seems to be no urgency in the telling of this tale, yet it packs quite a wallop. It doesn’t save the emotional wrecking ball for the end – this is a film front-loaded with emotional power. At regular intervals you’re hit with another little belt right in the feels, such as Mark’s attempt at motivational speaking once he knows it was his brother they wanted first, or his gradual disintegration as not only a wrestler but as a human being the longer time he spends at Foxcatcher Farm. Instead of finding the father figure/mentor he craves in John DuPont, Mark Schultz finds a tormentor and while DuPont is certainly the villain of this film, there are moments where you have to feel sorry for him. This is a man who achieved nothing in his life, a talentless individual riding on his family’s reputation, who reaped enormous rewards and plaudits for who he was and not what he had done. Played with such a detached and disturbing indifference, Carell shows us that DuPont was painfully aware of these character failings. Carell’s DuPont craves acceptance and respect – this is brilliantly and tragically highlighted in a training exercise that DuPont has staged to show his mother that he is the ‘leader of men.’ Nothing could be further from the truth, a realisation that DuPont knows, something that corrupts his already disturbed mind. 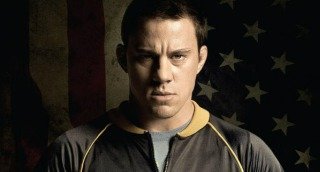 During my time in college, a lecturer once said that if you introduce a gun in Act One of a play then by the end of Act Three that gun has to be used or else what’s the point of having it in the first place? Essentially what he meant was that everything must have a purpose and in Foxcatcher you have a film laced with the beautiful and the tragic, composed of taut, lean scenes. All the excess has been trimmed away, there is nothing in Foxcatcher that should not be there, no driftwood. This is down to director Bennett Miller and his near surgical approach to telling this story. The fragile moments, of which there are many, are handled deftly by a director who, while only on his third feature film, displays all the confidence of a far more experienced filmmaker.

In short, Foxcatcher is a remarkable film, a haunting and devastating piece of modern cinema that deserves to be seen and admired. You may find it hard to enjoy Foxcatcher, but this isn’t a film designed to make you smile.