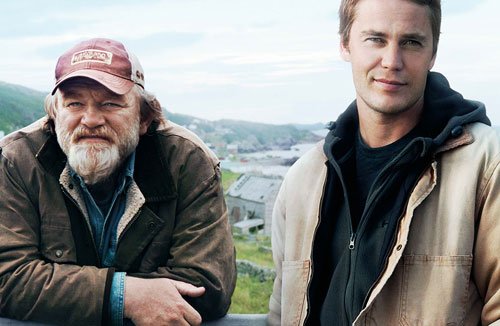 Twenty something years ago, Tickle Head was a place of dreams. It was here where all the men went out fishin’ and brought home the bacon, or cod in this case. There was a sense of pride in each home, and the people who lived there were content with the knowledge that they worked hard for everything they had.

Cut to present day where 120 out of work inhabitants of the now semi derelict harbour are collecting social welfare cheques. Times have changed and things are tough for the people who are still living there. Fishing is no longer a way to make a living and many have been forced out of the harbour to find work in the nearest town.

The Grand Seduction, directed by Don McKeller is a remake of a 2003 French language movie, starring and narrated by Brendan Gleeson. This is a pretty light attempt at comedy, although it still entertains, with Gleeson’s always robust presence on screen and a couple of amusing one liners that will draw a laugh or two out of its viewers.

Tickle Head is in dire straits and its only solution is to win a bid for what sounds like a rather ominous petroleum plant which will be located on the Island in order to generate employment for the people living there. I feel there are some serious questions around opening a giant chemical plant in a stunning, untouched part of the Canadian landscape, with rolling green hills and craggy cliff faces. But it seems the people who live there are at the end of their tether and are willing to do anything in order to create jobs for themselves. Plus, this movie is not about serious questions. 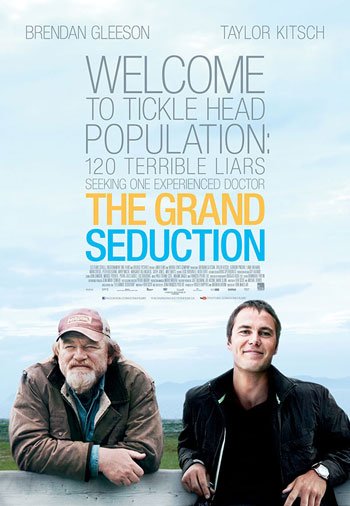 The only way these harbour dwellers will win this bid for the plant, is if they find a doctor to come and live there. Enter the very hung-over and slightly obnoxious Doctor Lewis (Taylor Kitsch). Whilst scrabbling his way through airport security, after winning a cricket tournament, he is reprimanded for smuggling cocaine and as repercussion for his error in judgement, the suave city slicker is sent to Tickle Head, where he assumes he will provide medical care for its inhabitants for one month only.

Everyone immediately disregards Doctor Lewis’ recreational drug use and seemingly irresponsible nature, so as to plan the grand seduction. With Murray at the helm, the locals put their heads together and plan a series of pranks and set ups in order to win over the doctor. This is including, but not limited to, hiding five dollar bills around the Island for him to find. Pretending that they have nurtured a great love of cricket for years, where the men of the island run around in home sewn uniforms made out of table cloths and white sheets. They also bug his phone to find out his innermost feelings and secrets (which is definitely worrying and illegal, but who cares at this point) and use this to strike a chord at his heart and to convince him that this small, humble community is the best place to live in the world, a place to call home.

There are definitely a lot of gaps in the movie and parts that gloss over the finer details. A lazy and shoddily thrown together love story develops between Lewis and a woman who works in the Post Office, who is literally no craic at all. The film never makes any real reference to the devastating fact that their community is no longer a proud fishing village or to the possible dangers of running a petroleum plant in their harbour. But as I said before, no need to worry about those things, instead you can be seduced by the breathtaking surroundings of Tickle Head and indulge in the lighter and more charming and eccentric elements of human nature.

The Grand Seduction hits Irish cinemas on the 29th of August.