How To Be A Filmmaker in 12 Easy Weeks 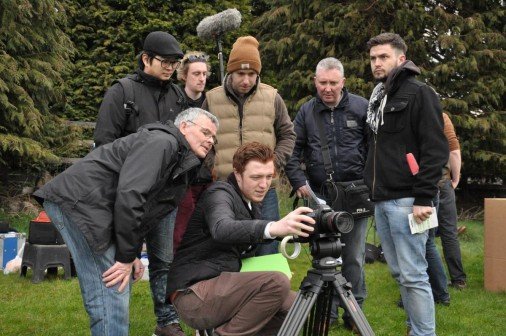 Last year I took part in the Filmbase Digital Filmmaking course, which takes place over twelve weekends, starting every February.

It’s very much a course for beginners, and as such it attracts an eclectic bunch of folk, with varying degrees of experience and interest in filmmaking. Seventeen of us in total, some actors, some photographers; most just curious.

Prior to taking part, any film I had made was D.I.Y. in the most literal sense. Generally, it was a crew of two and we carried out all the roles. Was it cost effective? Sure. Were they any good? No. Am I going to continue asking myself questions? We’ll see.

The course’s mission was to take us from script to screen. Over the twelve weeks we would go through every aspect involved in filmmaking, starting with a blank page and ending with two short films, for better or worse. In order to ground our expectations, we were shown some of the worst examples, or at least, I hope they were.

Every weekend we had a different lecturer from their respective field within film. This had mixed results. As their subject of expertise varied from week to week so did their ability to teach. Mostly I was enthralled and engaged by the chosen lecturer but occasionally I found myself struggling to make it through to the next sentence, relying on caffeine alone to create the illusion of life. 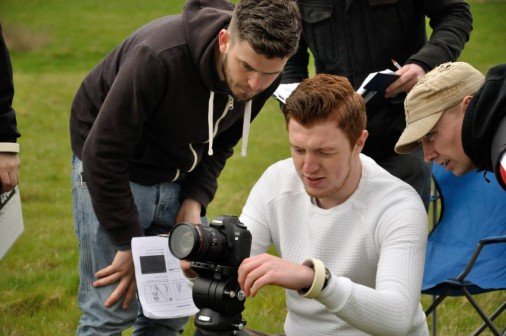 At different stages throughout the twelve weeks we would each be allocated our roles on the two short films. If you got chosen as the writer or director of one short you would have a minor role on the other. I was only interested in being the director, because, well, because of my ego. After a couple of weeks we had all written numerous drafts of our ‘would-be-shorts’ and it was time for the lecturers to reveal the chosen two, even though I only wanted to direct I was still disappointed they did not pick my script, because, well, because of my ego. After the eighth week it was time to pitch for the director roles. I put everything I had learned from working in advertising to use. Working on pitches, presenting to clients and seeing directors’ treatments for ads I’d worked on, all became very useful. Sure enough it worked, I had blagged myself the director’s role. It then dawned on me; I actually had to make the thing. 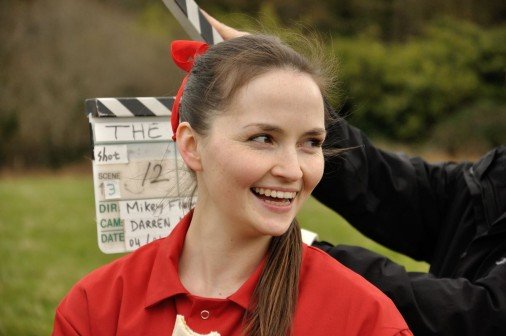 In the last four weeks we learned the final skills needed to pull this off, and then squeezed pre-production into any bit of spare time we had. We storyboarded, shot-listed, put out a casting call, cast the three characters, found the two locations, rehearsed, ran equipment tests, gathered all the props, organised transport and a whole bunch of other stuff you’d never think to do. It was at this point I started to appreciate the role of producer, a title, which up until now, I had never quite comprehended.

The shooting took place on the penultimate weekend over three full days. We split the films into a day and a half each, which was, it turned out, a half day less than we needed. Our film, titled The Box was to be the test run, filmed all day Friday and half of Saturday. This was the first time each of us had ever attempted to perform the role we had been given, and it was clear. What started off rather polite and professional, ended in threats and expletives. 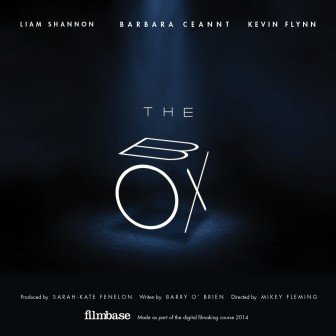 The final touches were made by professionals, thank fuck. As part of the course fee we were afforded an accomplished editor and a couple of hours with a sound engineer from Screenscene, without whom, we would have been left with a series of incoherent video clips.

While I’m unsure how I actually feel about the resulting film, the overall experience was definitely worth it. The course costs about €1,000 which may seem like a lot but if you have real ambition to be a filmmaker not only will you have gained a serious amount of knowledge over the twelve weeks; you will also have two short films to your credit. Films which, if you were to make outside of this course, would cost well over the amount you paid to take part

This was probably one of the most stressful experiences I have put myself through, but also one the most rewarding.

Check out The Box below. The Filmbase Digital Filmmaking Course for 2015 starts 21st February. For more details click here.