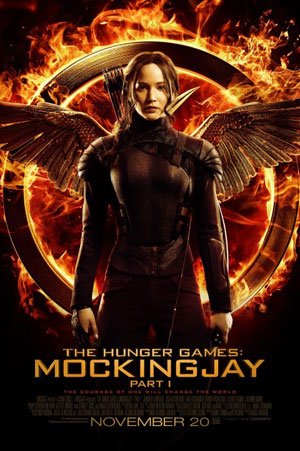 The new film in The Hunger Games franchise, MOCKINGJAY part 1 will be released in Ireland on Thursday 20th of November. Until then we’ll have to make do with trailers, speculation and Jennifer Lawrence being endlessly cool whenever she steps out of her house.

When you watch the trailer you’ll notice that it looks a lot more epicy. When you read that sentence you’ll notice that I used the word ‘epicy’ which isn’t a word. You shouldn’t worry about it. You’ll also notice in the trailer both Woody Harrelson and Philip Seymour Hoffman who are both incredibly cool. And we might shed a tear for PSH.

The first Hunger Games movie (I haven’t read the books) was like a ‘friendly’ game in comparison to the second movie which was a more sinister game. But this one looks more like a war. But there’s still another movie to come, so maybe this will be a ‘friendly’ war?

Anorexia and I Shake Hands | poetry