For those reading who do not know me, let me introduce myself. My name is Stephen Porzio. I’m 24 and I work as a journalist and film critic, writing for publications including Hot Press and Travel Ireland Magazine. Also in my spare time, I am co-editor for HeadStuff’s film section. This is a website run by volunteer editors which prides itself on taking a punt on inexperienced often young writers – giving them a platform to experiment and find their voice.

HeadStuff also has a terrific podcast network, boasting shows like Dubland, Motherfoclóir, FNI Wrap Chat, NO ENCORE and The Alison Spittle Show. For years, I’ve wanted to have my own series – one devoted to cinema, which could be enjoyed by casual moviegoers and cinephiles alike. Yet, the idea for a show eluded me. If it was a standard movie round-up series, I’d be competing with already well-established podcasts, ones with far greater resources and time than I have.

One evening, over drinks with some fellow film fanatics (one of whom was HeadStuff’s gaming editor and star film section contributor Andrew Carroll), the topic turned to character actors we love. These are performers who rarely play leads in major Hollywood movies or have their name front and centre on posters. Instead, they are the actors who shine in smaller supporting roles or as main characters in smaller, indie projects. They are less vain, unafraid of playing heroes, villains or anything in between. These performers disappear into each role, so much so that the majority wouldn’t recognise them from movie to movie. Or maybe people would faintly recognise these actors’ faces but be unaware of from where. To cut this explanation short, they are very good at their job. 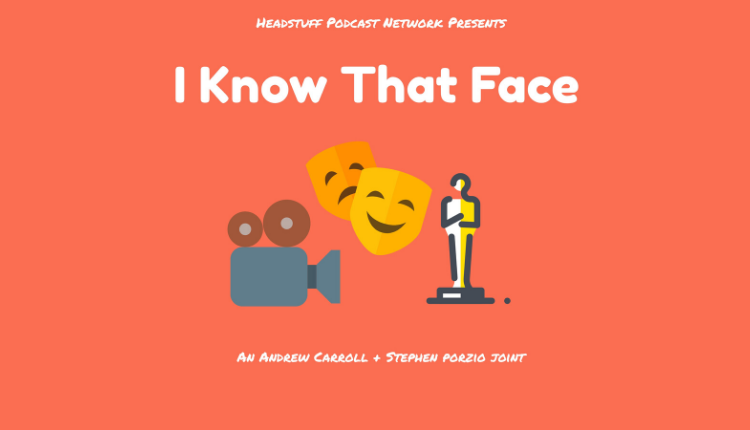 While people like myself and Andrew – who worship and endlessly dissect movies as if they were religious texts – are aware of these actors and champion them, a lot of the time these performers do not get the credit they deserve. Thinking on this, I raised the idea of a podcast on character actors to Andrew and within a few weeks, we were recording a proof of concept episode with one Zoom mic between us in my bedroom.

Five months later, and with the help of HeadStuff higher ups Alan Bennett and Paddy O’Leary, as well as our incredible editor Charline Fernandez (without whom this project may not exist), we have moved from my bedroom to an official recording studio and the podcast – now titled I Know That Face – has six episodes recorded. The structure of the show sees Andrew and I delving into the history and career of one particular actor – analysing a handful of their movies in depth and probing the reasons as to why they are such a great performer. Episodes range from 30 – 45 minutes, and sometimes we are joined by a special guest, one who picks the actor to be discussed.

The trailer for I Know That Face can be heard below. A short introductory episode of the show drops next Monday, December 2. However, our first official entry will be made public Thursday, December 5 – with subsequent entries being released each fortnight every Thursday. Our debut ep centres around Emmy, Oscar and Tony winner Viola Davis.

The reasons for choosing Davis as our first subject are threefold. One: she is an amazing actress, who on sheer skill alone has transitioned from character actor to Hollywood leading lady. Two: she is quite well known thanks to her roles in Doubt, Fences, The Help and Suicide Squad, easing people without an extensive knowledge of film into the premise of our show. Three: we want to be diverse in our selections. When people hear the term ‘character actor’, the perception is older white men. However, we believe many younger performers, women and people of colour do fall within this bracket.

If you like the sound of what I’m selling, please be on the lookout for upcoming I Know That Face episodes and subscribe to the show wherever you listen to podcasts. You can also follow the series on Twitter @IKnowThatFaceP1 or email us at [email protected]

Stephen is a film writer, journalist and podcaster. He is co-editor for the film section of HeadStuff and a writer for JOE.ie. He has also had work published in Hot Press, The Times (Ireland Edition), The Irish Sun and Film Ireland and co-hosts the HeadStuff film podcast I Know That Face. He graduated with a BA in English and Film from UCD and an MA in journalism at DCU.

From Titanfall to Star Wars It Was Respawn’s Decade, We Just Lived In It

I Know That Face | Holly Hunter

I Know That Face | Kelly Macdonald

I Know That Face | Christopher Abbott