Legendary novelist Thomas Pynchon’s work is finally brought to the screen by director Paul Thomas Anderson, another man given to sprawling absurdist examinations of America. 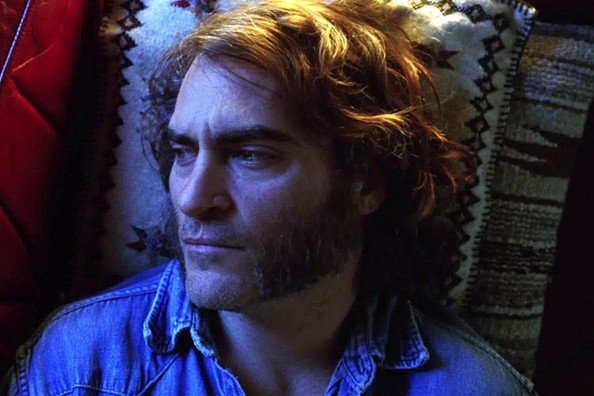 In 1970 Los Angeles narrator Sortilege (Joanna Newsom) guides us through the chaos that engulfs perma-stoned PI Larry ‘Doc’ Sportello (Joaquin Phoenix) when his ex-girlfriend Shasta (Katherine Waterston) asks for help. Shasta is having an affair with corrupt property developer Mickey Wolfmann (Eric Roberts), whose conniving wife Sloane (Serena Scott Thomas) is planning to have Mickey committed before he can disburse their fortune on free housing for hippies.

Suspiciously, Mickey’s name comes up again when ex-con Tariq (Michael Kenneth Williams) retains Doc to collect a debt from Glenn Charlock, one of Mickey’s Aryan Brotherhood bodyguards. Dutifully pursuing his client’s debt Doc gets conked on the head, and wakes up beside a dead body, surrounded by cops. Then he finds that Shasta and Mickey have disappeared.

Having been too stoned to remember to mention Shasta’s suspicions to his Deputy DA girlfriend Penny (Reese Witherspoon), Doc finds himself being interrogated about the linked cases by friend/nemesis Det. Bjornsen (Josh Brolin); known to all as Bigfoot. Aided only by incompetent assistant Denis (Jordan Christian Hearn) and prostitute Jade (Hong Chau), Doc tries to stay ahead of Bigfoot and unravel a conspiracy involving Charlock, Mickey, Shasta, and supposedly dead musician Coy Harlingen (Owen Wilson).

And that doesn’t even begin to describe the plot. Inherent Vice sprawls… which is part of its appeal, and what makes its 2 ½ hour running time tolerable. Phoenix is a constant presence, and everyone else merely passing through.

Benicio Del Toro shows up as marine lawyer Sauncho, who extricates Doc from Bigfoot’s questioning and solves part of the puzzle that is a cryptic warning about ‘The Golden Fang’. But just as you’re starting to get excited about the Raoul Duke/Dr Gonzo possibilities of such a pairing, Sauncho disappears. So it goes. 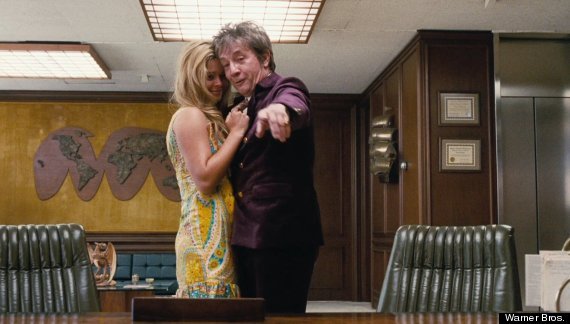 Martin Short has a deliriously silly cameo as a drug-addled dentist, Martin Donovan brings his sinister brand of middle-management charisma to the table (literally), and this rotation of a colourful cast around the sole constant of Phoenix gives the film such a free-wheeling air that you hit the hour mark surprised that more than half an hour has elapsed.

But eventually Inherent Vice wears out its welcome when it quasi-ends, and then sets about ending again, on a more positive note, while taking great care to leave a dangling plot point to tip its hat to Raymond Chandler’s neglecting to solve the chauffeur’s murder in The Big Sleep.

This is the first cinematic Pynchon, but this universe feels familiar because the plot and directorial approach recall Robert Altman’s addled version of The Long Goodbye in 1973. And that’s a regrettable reference point because while Phoenix is a talented actor he lacks Elliot Gould’s shambolic charm as a put upon PI.

Radiohead’s Jonny Greenwood, providing his third score for Anderson, approaches the style of Bernard Herrmann in his increasingly lush, troubling strings and woodwind themes for femme fatale Shasta. But Anderson is in thrall to New Hollywood not Old Hollywood; as exemplified by a long-take involving Waterston that becomes increasingly uncomfortable to watch as it recalls one of Altman’s most problematic scenes.

After the self-conscious importance of There Will Be Blood and The Master this would seem the ideal movie for Anderson to loosen up. But, while this seems superficially more low-key, there are long-takes and push-ins everywhere. Cinematographer Robert Elswit, who has shot all Anderson’s films save The Master, makes damn sure that in showy tracking shots Doc is consistently held at dead centre in the frame.

There is a sense that, like JC Chandor with A Most Violent Year, Anderson is bloody-mindedly making a 1970s film now. The apocryphal dismissal of Peter Bogdanovich in Easy Riders, Raging Bulls – he’d made his John Ford film, and was going to make his Howard Hawks film next, but would he ever make a Peter Bogdanovich film? – could be applied to Anderson and Chandor on that front. 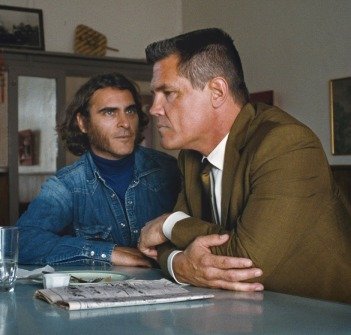 Inherent Vice is Paul Thomas Anderson’s most likeable film in quite a while, but his apparent need to pay homage (whether it be to Kubrick or Pynchon or Altman) is in danger of drowning out his own originality.