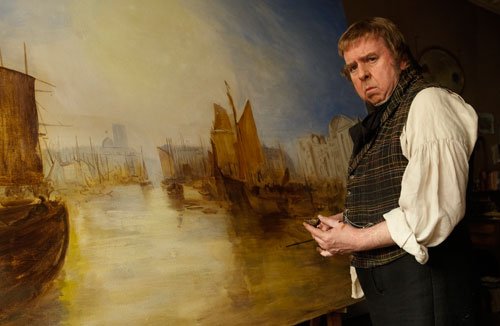 Here’s a trailer for a film that looks really good. I like art, you see, and this guy Turner wasn’t half bad. And I like films, and this guy Leigh isn’t half bad at making them. And one time I had a chat with Timothy Spall so we’re buddies (I was at a premiere of Alice in Wonderland and he was there and I asked him a question in a Q&A and he said it was a good question and he answered and he laughed too).

This film MR TURNER will be in Irish cinemas October 31st. Mr Turner tells the story of the last quarter century of the great, eccentric British painter J.M.W. Turner’s life.