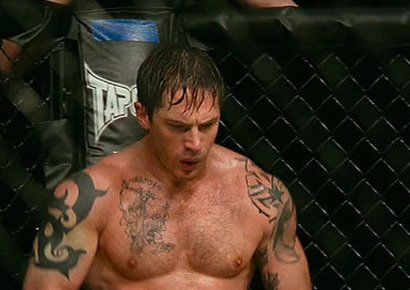 With the Conor McGregor media juggernaut in full motion and UFC quickly becoming one of the biggest sports in Ireland if not the world, I felt it was time to revisit this 2011 film from Miracle director Gavin O’Connor which follows two brothers drawn to the mixed martial arts octagon in search of a $1 million prize fund.

What follows is an utterly cliché ridden exposition, which repeats, if not totally plagiarises, nearly every sports drama made including the likes of Rocky and The Fighter. For instance, the main bad guy is a huge, bald, hammer and sickle wearing Russian named Koba (which was a moniker for Joseph Stalin by the way). The plot is so ludicrous that there are times when you think this film was written by a 12 year old and then made by the WWE. It ticks every single box that you would expect from a film that should be instantly forgotten and sectioned to the “I will never watch that shite again in my life” category of your film repertoire.

It should be terrible and not worthy of review… but the truth is, Warrior is probably one of the greatest sporting films ever made, structured around brilliant performances from the insanely well-built Tom Hardy and the excellent Joel Edgerton as the rival brothers, and Nick Nolte who plays their ex-alcoholic father desperate for redemption. Nolte would go on to earn an Oscar nomination for his grovelling and powerful performance and deservedly so. The scene in the hotel room on the morning of the final fight, as he falls off the wagon and violently thrashes in anger as he listens to the climax of Moby Dick on audiobook is absolutely terrific and terrifying. The films hits every cliché on the nose throughout yet the build up, the tension, the fight scenes, the music, and the script are so well done that every thing falls perfectly into place. The film packs a terrific punch, and the final scene played out under The National’s “About Time” is wonderful and heart wrenching.

I honestly don’t know how Gavin O’Connor pulled it off… but it is films like Warrior which make you remember why you love film, and why stories of heart and strength are key to finding something within yourself when you look at that screen and the credits roll. 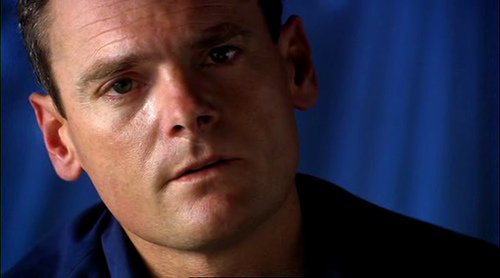 Kevin Macdonald has an uncanny ability to make things tense. His latest film release was Black Sea, and it was tense. But how do you make a film tense when everyone knows the outcome?

This is the greatest trick that Macdonald pulls off with Touching the Void, the documentary based on Joe Simpson’s book of the same name which tells the amazing story of how he survived breaking his leg whilst atop a rather large mountain in the Andes in Peru. The key scene of the film, and the divisive point since the actual event happened in 1985, was the moment Simpson’s fellow climber (and friend) Simon Yates cut the rope holding the two together, sending the stricken Simpson to his doom.

Macdonald had previously directed the brilliant and Oscar winning documentary One Day in September, and would go on to make a number of fiction films including State of Play and Last King of Scotland and shows his talent for both telling a great story, whilst framing the action and key plot points within realistic and non-formalist settings.

Throughout Touching the Void, Macdonald cuts between brilliantly recreated scenes re-enacting the dramatic events on Siula Grande and that of the interviews with Simon Yates and Joe Simpson, the man who survived the unsurvivable. He is literally there on screen explaining what he went through to survive, yet throughout the film Macdonald’s skill as a story teller has you transfixed on whether this guy will make it out alive. It’s white knuckle stuff.

The story of Joe Simpson has gone down in climbing folklore, and is one of a number of great stories and documentaries worth checking out about survival and the power of nature. 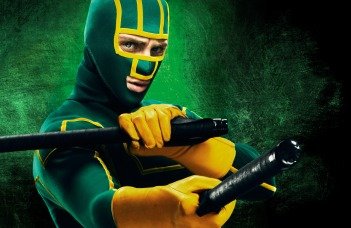 With the ever expanding Marvel and DC universes soaking up the comic book genre for the last decade (and probably the decade to come), it was inevitable that some comic book films would be made with a double handed view to both revere and reproach the stable tropes of the genre.

Kick-Ass does just that with its fanboy approach and subtle meta nods to its gloriously varied ancestor material, with Aaron Taylor-Johnson playing the downtrodden nerdy teenager who reads too many comic books and decides to become the titular crime fighter, only to find he is way out of his depth.

Director Matthew Vaughn clearly has a good eye for adapting comic book stories with his X-Men reboot winning over fans and critics alike. Here he juggles the frantic action, witty comedy and much blood with great ability, and while some of the gorier parts were too much for some sensibilities, it did not shock its target generation.

Kick-Ass represents a unique take on the genre and is filled with great scenes, a fresh visual link and killer lines. Also, it has Nicholas Cage doing his best to sound like Adam West from the original Batman. What more could you want!