My Film Week In Review | 9 [Ft. Guardians of the Galaxy] 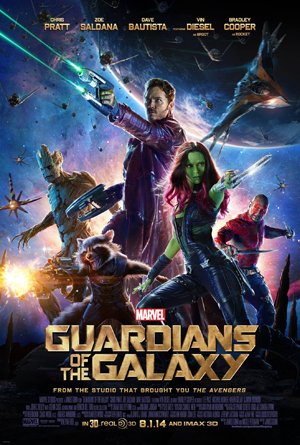 I finally got to watch Marvel’s Guardians of the Galaxy this week and being a big sci-fi fan and not necessarily a big Marvel/comic book fan, I had some reservations. The word on the galactic highway was that it is very good, and previously HeadStuff-lead nerd and comic book propagandist, Paddy O’Leary had written a raving review about the virtues of both the comic book and the adaptation. Chris Pratt stars as Peter Quill (aka Star-Lord), a swashbuckling galactic outlaw who was abducted from earth when he was a wee lad back in the 1980s. Throughout the course of various events (which are awesome) he assembles a collections of other somewhat morally ambiguous renegades who form the Guardians of the Galaxy. This film works due to its perfect balance of humour, action, good acting (even from a practically monosyllabic tree creature), a great soundtrack and wonderful setpieces. All these brilliant elements are anchored together by one scene, which happens directly at the start of the film before the opening titles even role. In it, a young Peter Quill is brought to see his dying mother one last time before she passes. It’s a wonderful scene that would not be out of place in a thoughtful melodrama. It is only a few minutes long but immediately you are sucked into the main character; his point of view, his aspirations, his loves and his losses.

It’s so invigorating to watch Guardians of the Galaxy as opposed to the plethora of the other Marvel superhero films that have clogged the arteries of mainstream cinema over the last 5 years and I certainly hope that this string of the Marvel Universe doesn’t get sucked into the world of Tony Stark and Co. I’m sure it probably will but for now I don’t have to think of Guardians of the Galaxy as just another superhero film. It has a freshness to it, a unique blend of witty cleverness and sublime action, but most of all, it has heart.

Dawn definitely does take a step forward from the last episode in terms of creating the ape’s habitat as a thoroughbred society. The most dramatic and iconic scenes of this film revolve around the building of this new, ape-shaped world. Jason Clarke (Zero Dark Thirty and the upcoming Terminator: Genisys) plays the human “soul” who acts as a mediator between the humans and the apes, both of which basically want to kill the shit out of each other. Also Gary Oldman is in it and he’s great. But it is the motion capture skills of Andy Serkis as Caesar that steal the show. A lot of this film is heavy-handed in its approach to the environmental, racial and sociological themes embedded in the subtext of the script, but it is the action sequences and performances that make it worth the watch. There is already another film in the works so more apes on the way! 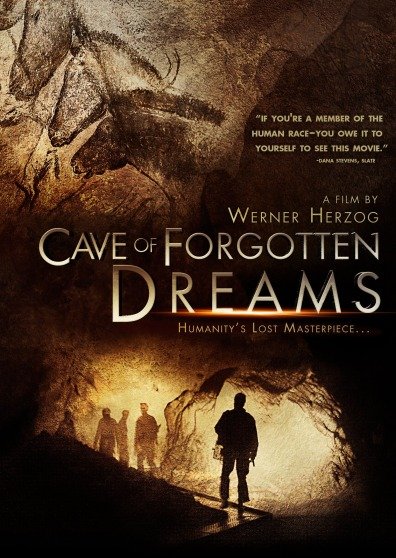 Is there a better film-maker alive today than Werner Herzog? Maybe there is… Michael Haneke, Errol Morris, Pedro Almodóvar and Terrence Malick would be up there, but very, very few can keep making totally unique and engrossing films across both the blank canvas of fiction and the restricting reality of documentary. Herzog’s back catalogue is unbelievable from the likes of Nosferatu the Vampyre (1979) and Fitzcarraldo (1982) to Rescue Dawn (2006) and Bad Lieutenant (2009). And they are just his fiction films. His docs include Grizzly Man (2005), Encounters at the End of the World (2007), Little Dieter Needs to Fly (1997) and the wonderful Cave of Forgotten Dreams (2010).

The film follows “Herr Zog” and his camera crew as they enter the Chauvet Caves of Southern France and film the oldest known pictorial creations of humanity, the fantastic cave drawings that have been preserved there for 40,000 years. The film was theatrically released in 3D and Herzog weaves the light and camera in majestic patterns as they explore the innards of this pre-historic site. Herzog himself, as is his want, narrates his thoughts on the idea of art, humanity and existence as only Herzog can and his beautifully toned, angular voice soothes seamlessly with the fantastic cinematography. The film is haunting in its beauty but brimming with a celebration of humanity and our ability to document. Herzog sees so many similarities between himself and the cavemen who painted these walls that his own personal life choice, that of film-maker, is wholly justified.