Hello folks, lots of stuff for you this week: the brilliant Beasts of No Nation gets released this weekend and I got a sneak peak at it so I give my two cents, also Hemlock Grove is due to return just in time for Halloween and the Daredevil has been busy at New York Comic Con. Plus loads of new movies and TV added to the Netflix catalogue.

Beasts of No Nation

Beasts of No Nation is based on the highly acclaimed novel by Nigerian author Uzodinma Iweala, bringing to life the gripping tale of Agu, a child soldier torn from his family to fight in the civil war of an unnamed African country.

As Beasts of No Nation begins we are introduced to our protagonist of the story Agu, a young and happy kid with a fairly typical family dynamic, a vivid imagination and a passion for life. You will find yourself smiling and giggling along with his childish antics, while all the time knowing that things are going to go very bad, very soon.

The director of True Detective’s first season, Cary Joji Fukunaga, takes the helm of this brilliant yet brutal tale of war in an unnamed African county. As the state’s army and the growing rebel forces collide, Agu and his family are caught in the middle of a bloody and undiscriminating war. Once the fighting begins, the stark reality of the fragility of the lives we live becomes ever so obvious and the happy-go-lucky Agu has everything ripped from him in a matter of hours.

We follow Agu as he finds himself part of a different family, a merciless rebel faction headed up by the harrowing Commandant portrayed by the scene-commanding Idris Elba. Elba (The Wire, Thor: The Dark World) is a brutal and determined leader of a growing group of young men, many of whom had their lives torn apart just as Agu. Their lives are now driven by revenge, drugs and violence. The consequences of Agu’s new path in life is one that, although tough to watch, is important to see.

The reality is that this story is one of life and death, but also one that is based in the real world. Beasts of No Nation is definitely a film that needs to be watched, it is however, like I have previously mentioned, a very tough watch. The real champion of this movie is the shining star that is Abraham Attah (Agu). His innocence and power on-screen is palpable and won him the Marcello Mastroianni Award at this year’s Venice Film Festival.

Beasts of No Nation hits Netflix this week, on October 16th. Check out the trailer here.

Hemlock Grove comes to a riveting and deliciously disturbing conclusion. As the town’s grim secrets continue to unravel at an alarming pace, Olivia (Famke Janssen), Roman (Bill Skarsgård), Peter (Landon Liboiron) and Shelley (Madeleine Martin) are introduced to mysterious new people while facing dangerous and unexpected obstacles. As enemies both foreign and familial close in, Peter and Roman learn that in order to prevent the ‘end of days,’ they will both need to sacrifice their humanity and release their true inner monsters. Check out the trailer below.

The final, haunting series comes to you on October 23rd, just in time for a Halloween binge.

The Marvel and Netflix teams were hanging around during the New York Comic Con last weekend, with the cast and crew of both Daredevil and Jessica Jones hitting the stage.

Although there is leaked footage of the Daredevil Season 2 trailer, I won’t be posting it here. You can find the terrible quality video online if you must, but I’m gonna wait until that high quality HD shit hits the web for real. The cast were on hand to talk to the audience and press alike and those lucky enough to get into the convention were gifted not only the first seen footage of Jessica Jones, (apart from the teasers) they got the full first episode. I believe the term the kids are using these days is “well jell”.

Daredevil himself, Charlie Cox promised us “lots of very, very exciting twists and turns” but was sure to keep his cards close to his chest. We know already that Jon Bernthal (The Walking Dead) will join the crew and feature as Frank Castle, AKA The Punisher, in the second season of the fantastic series. Bernthal was alongside his fellow cast members and you could tell he had a massive respect for the mantel he has undertaken:

[T[This is] huge honour, a huge responsibility and I give you my absolute word I will give it absolutely everything I have and I couldn’t be surrounded by better people.” “[W[We are]rying to rip these characters open and dive in and explore all the ugly parts and the scary parts

Season two will be hitting Netflix sometime next year but there’s no official release date as of yet. We do however have a release date for Jessica Jones (November 20th) and its cast were in full flow at the NY convention too.

The excitement was tangible in the centre as the fans lapped up everything the stars hinted and didn’t hint at. The cast themselves seemed delighted with the source material as well as the entire process of the shoot. Everyone was using words like “gritty” and “grounded” – both of which are essential for the comics to be represented properly on screen. Carrie Anne Moss (The Matrix) went on to talk about the adaptations saying:

[I[In]very single one of these scripts, at some point during the reading of them, I went “Oh My God, I can’t believe that just happened”

Lead star, Krysten Ritter (Breaking Bad), added that “the show is totally Marvel but it stands on its own as a great character drama” and Rachael Taylor (TV’s Crisis, Transformers), who will be portraying Hellcat in the show, said

The first season for me is really about transformation, in the sense that it’s not about these characters, these women, becoming the best version of themselves but it’s about them becoming themselves.

You can keep up with all the news on the series with my other-weekly article focusing on all things comic book related: Supermovies News. 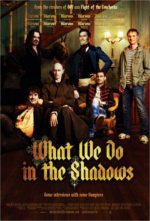 Viago (Waititi), Deacon (Brugh), and Vladislav (Clement) are vampires who are finding that modern life has them struggling with the mundane – like paying rent, keeping up with the chore wheel, trying to get into nightclubs, and overcoming flatmate conflicts.

From the creators of Flight of the Conchords comes one of the stand out comedies of last year. We talked about it here on the site before so check out our Film Editor’s thoughts on the Vampire mockumentary here. 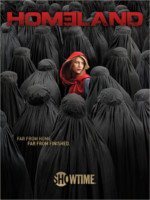 Season 4 of the spy drama begins with Carrie Mathison (Claire Danes) working as the CIA Chief of Station in Kabul, Afghanistan, where she receives an urgent intelligence report from her counterpart in Islamabad on the whereabouts of terrorist Haissam Haqqani (Numan Acar) in Pakistan. Carrie orders an assault against him, but her actions result in dire consequences. Consequently, CIA director Andrew Lockhart (Tracy Letts) recalls her back to the U.S. However, a major scandal casts shadows over Lockhart’s actions. Meanwhile, Saul Berenson (Mandy Patinkin) struggles to adjust to life in the private sector; and Carrie learns that Haqqani may have survived the initial attack, which could lead to deadly consequences for everyone involved. 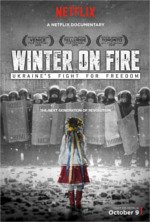 A documentary on the unrest in Ukraine during 2013 and 2014, as student demonstrations supporting European integration grew into a violent revolution calling for the resignation of President Viktor F. Yanukovich.

Evgeny Afineevky’s Winter on Fire: Ukraine’s Fight for Freedom is the latest Netflix-backed documentary that, like The Square before it, converts a popular political uprising into stirring real-life drama. Though the film is limited by a point of view that’s too polemically reductive, the idealistic, difficult, sometimes lethal struggles it covers are undeniably revelatory and moving. – RogerEbert.com 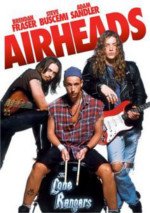 Three band members hoping for a big break head to a radio station to play their demo tape and wind up holding everyone hostage with plastic guns when the head DJ refuses to play them.

I haven’t seen this film in years but I remember it being very funny. The film does not take itself too seriously and with the star-studded comedy cast it is easy to see why. The film relies on the individual comedic talents of the cast as well as their chemistry on screen. I hope the film still stands up and I’m not remembering it with rose-tinted glasses but I will be taking the trip down memory lane to revisit this comedy 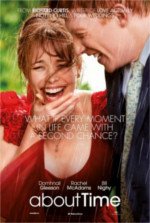 At the age of 21, Tim discovers he can travel in time and change what happens and has happened in his own life. His decision to make his world a better place by getting a girlfriend turns out not to be as easy as you might think.

About Time comes from the mind of Richard Curtis, who has given us with some of the biggest English rom-coms over the last twenty years such as Four Weddings and a Funeral, Notting Hill and Love Actually as well as writing some of the finest English comedies (Blackadder, Mr. Bean, The Boat That Rocked). Add to that comedic mind the outstanding and rising talent of our very own Domhnall Gleeson and you have yourself an inoffensive, intelligent, heartfelt comedy. And that’s just what you need every now and again.

Happy watching and I’ll see you soon for a Halloween special.

A Live Podcast and The Final of the Lacomic Cup!