The 87th Academy Awards are almost upon us, with the lavish ceremony taking place this Sunday night. For the past few months people have been feverishly trying to figure out who will win what, who will lose out and most importantly what will Jennifer Lawrence do?

So, here at HeadStuff we decided to ask our esteemed film writers to weigh in on the great debate and give their predictions of who should win, and who will win on film’s most important night of the year.

We have already looked at Best Original Screenplay. Now it is the turn of the actors!

Who Will Win – “Four of these five actors are first time nominees, Cooper being the only one who has another nomination to his name (this is his third by the way – strange).  For me this is the toughest category to call. I have seen and enjoyed all five performances and for me Eddie Redmayne really excelled. I have never been (consider Jupiter Ascending for a moment), and probably never will be, an Eddie Redmayne fan, which makes his revelatory turn as Stephen Hawking all the more remarkable. He was brilliant – for one shining moment he really excelled and I fear that he will never hit those heights again (Timothy Hutton, you are another example of this). Redmayne will win. Who Should Win – “Yet, let the heart step in here, Michael Keaton has given us a career filled with remarkable moments, maybe not remarkable films, but some great moments (he deserves it for just being Batman to be honest).  He is the comeback kid, an actor that fell out of the limelight who has finally come good (it’s only a few years ago he was making Jack Frost, Herbie and White Noise). I fear he could be this year’s John Travolta (the comeback actor who should have won for Pulp Fiction but didn’t). Yet Redmayne could be this year’s Eddie Murphy (a shoe in for Dreamgirls but releasing the vile Norbit in the same year scuppered those chances). This really is very, very hard to call but my heart would go with Keaton.”

Who Will Win – “Eddie Redmayne as he’s a fresh young face acting disabled in a period prestige film.” Who Should Win – “Michael Keaton who’s just a complete joy to watch in Birdman, even when the movie gets a little uneven.”

Who Will Win – “Eddie Redmayne for his dedication and his transformation.” Who Should Win – “Redmayne”

Who Will Win – “I have to admit; I haven’t seen The Theory of Everything, however from what I have read from the critics, Eddie Redmayne may be the front-runner.” Who Should Win – “I would love to see either Birdman’s Keaton or Foxcatcher’s Steve Carell pick up the award. Keaton was brilliant as the neurotic mess and, in a very different role; Carell took uncomfortable to another level as the unnerving John du Pont.”

Who Will Win – “Eddie Redmayne will win because physical acting looks challenging and ‘real life disabled British scientist overcomes adversity’ is Academy catnip.” Who Should Win – “Michael Keaton should win for breaking out of delightful comic support roles to flex his dramatic muscles.” 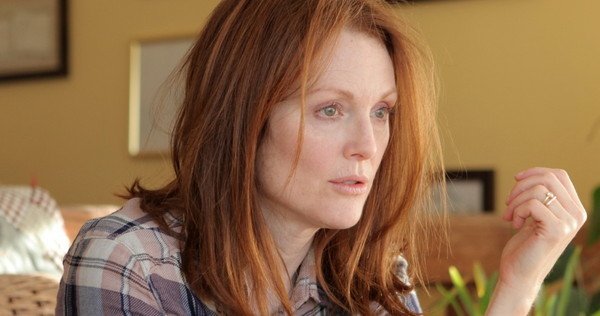 Who Will Win – “There is only one winner here for me – Julianne Moore. She deserved the Oscar long before now (Far From Heaven, Magnolia, Boogie Nights and A Single Man to name but a few). If she doesn’t win then there’s something wrong with the film world (yet Peter O’Toole, the eight time nominee never won – the greatest crime ever perpetrated by the Academy). She has to win, I won’t accept no for an answer here. Who Should Win – “Has to be Moore”

Who Will Win – “Marion Cotillard? I have no idea, honestly I’m going with my gut on this like an idiot at a Dog Track.” Who Should Win – “Rosamund Pike? Because it’s the only film in this category that I’ve seen.”

Who Will Win – “Reese Witherspoon. The yanks love her, I find her annoying. ” Who Should Win – “Julianne Moore because she is wonderful and the theme is important and heartbreaking.”

Who Will Win – “Again, I’m a little lost here. Julianne Moore seems to have this all wrapped up after winning every award up to now for her role in Still Alice. I haven’t seen enough of the nominated films to give an informed opinion here – but it shouldn’t matter, as Moore is sure to win.” Who Should Win – “Moore?”

Who Will Win – “Julianne Moore will win because of the Pacino effect – it’s getting embarrassing that she hasn’t won an Oscar.” Who Should Win – “Rosamund Pike should win for a career-best performance as Amazing Amy, by turns victim and perpetrator, icy and embraceable.”