Right, let’s get this out of the way; I’m fully endorsing this company and their products. This article contains product placement. That’s why the name is included in the title. I’m being honest and clear here, I love this company’s products. Well, the movie ones, not so much the sports ones, I’m not really a sports guy but if you are (and especially an Arsenal supporter) they have some stuff that will really put the cheese on your cheeseburger.

I love the movies and when a movie hits you in the emotional gullet then every frame can be a painting and I’m a big proponent of hanging lovely images on walls for everyone to admire. But I want to suggest that family snaps really don’t cut the mustard for me and shouldn’t for you either, dear reader. It doesn’t make sense, why would anyone want a picture of their weird Uncle Fintan on the wall glaring down at you when you could have James Dean, Jamie Lee Curtis or Iron Man?

When I was a kid in the early 1980’s, which is now very nearly 40 years ago, I was deprived of many things. Family holidays to America were one thing. This was due to my father being terrified of flying, not Americans as we had at one time suspected. Not being able to refuse a dinner of liver and onions when presented to me was another thing I was deprived of. I think my mother had read in a Woman’s Way magazine that liver was very good for you so we had it as a family once a week until we couldn’t take it anymore and then for an additional three weeks. I was also cruelly deprived of the internet and VR headsets and mobile phones and K Pop as they were still a while away from being introduced to the cultural mainstream, some hadn’t even the good manners to be invented yet!

We were also cruelly yet crucially deprived of a constant barrage of images at the touch of our fingertips. I say crucially because I think that probably made the things we did see all the more precious and special, things were burned into our brain corridors.  It is hard for today’s 64 Bit generation of snap chatting, bitcoin spending, cool and emotional web slingers to imagine a time where there was a lack of shiny, happy, narcissistic people all memeing and gifing their brains out over every single bit of cultural real estate. This has led in recent times to old homes that were thought to be solid builds at the time being re-examined years later and deemed unsuitable for modern time living.

But enough of my strange and confusing metaphors about homes, let’s talk about what’s important to have in a frame hanging on the wall in your home? What do you want to be reminded of every day? What’s important enough to be displayed on that prime emotional real estate? Family? Friends? Cats? I would argue that it should only be the things you love the most and in my case that’s the movies.

I was just becoming a teenager when video rental stores became my gateway to another world. It was like manna from heaven for a young lad looking for something to do in a small town before things like ice bucket challenges and planking entered the zeitgeist and took up everyone’s time and attention. And there was one aspect of these “vidjos” (midlands pronunciation) that influenced me more than any other and that was the artwork on the front. I would be mesmerised clutching at those VHS boxes with my sticky child hands and staring at the mostly painted one sheets for King Solomon’s Mines or The Dirt Bike Kid.

These frozen images of the films had to be animated and inviting, intriguing and exciting. They had to instantly grab your attention and not only sell the entire movie in one image, they had to be something you could look at for more than a second. There had to be more going on than just a couple of floating heads of famous actors. There was no access to trailers for movies at the touch of a button, this was it. I remember being obsessed with the poster for The Terminator, staring at it in the window of the video shop, trying to imagine what the film could possibly be like. I rented so many videos from that place they would give me a free rental on my birthday and also I would occasionally get a poster or two which were always thin and glossy things that would hang on the wall with a bit of blu tack and eventually get worn and ripped but would hang there until Mum couldn’t take it anymore and would demand they be removed so she could put up something worthy of the blank wall.

If you grew up in the 1980’s there were a couple of bizarre trends for fashionable things to hang on the walls. I personally blame the influence of Coronation Street and the classic ceramic flying ducks that were frozen in time flying up the stairs of Vera and Jack Duckworth’s home. The Duckworth’s saw the worth in those ducks that I could not once they appeared on my walls. Back in the halcyon days of my childhood I was growing up in one the best times for cool things that were designed for one sole purpose, to hang and look cool.  One thing I can’t abide is the proliferation of “kooky” and “fun” things that have invaded people’s homes and places of business. These are the pointless things made from wood or other reclaimed materials that portray a silhouetted couple holding hands on a beach at sunset accompanied by an inspirational quote like “collect memories, not things” even though it is clearly a thing that someone has collected and most likely has no memory of when or where they purchased said collectible. I want something that has actual meaning and also looks like it should be hanging in a gallery but won’t cost an arm and a leg as I need my limbs for general day to day activities. 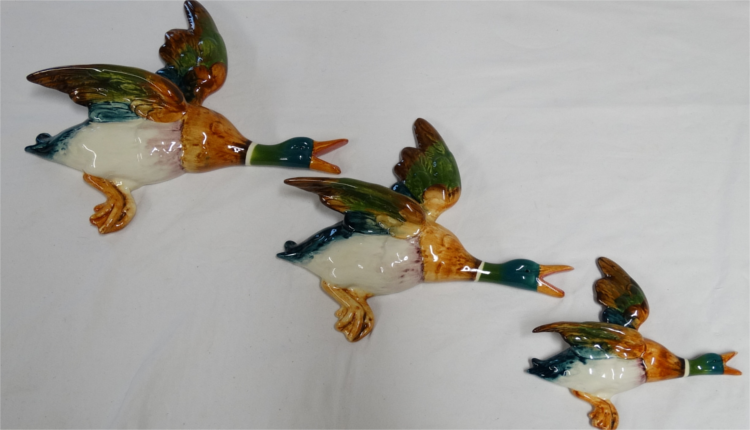 And that’s when I discovered Classicstills.com. They are a Los Angeles/London based online company that deals exclusively in beautiful images to adorn your blank walls with. And meaningful images too. I’m not talking about a terrible family portrait where your substandard haircut and incredibly dated fashion choices are laid bare for any visitor to your home to see. An embarrassing photo like that can only conjure up memories of the day that picture was taken (if you even remember it at all) and not much else. Your walls deserve something better.

Now, there was a time where having movie based images in your home would be strange and, dare I say it, nerdy, but those times are gone. People are proud of being enthusiasts and celebrating that enthusiasm. I’ve written before about my deep affection and emotional connection for and to the movie E.T. and I wanted that to be expressed in my home. Classicstills.com are pretty unique in that they have established a partnership with major Hollywood studios and don’t deal in posters but still images, magic moments from classic films such as Ghostbusters, Jurassic Park and The Big Lebowski and modern classics such as the Harry Potter series and the Marvel movies that just won’t stop coming. They also have some amazing behind the scenes images from the original Halloween and exclusive prints of James Dean from his estate that prove that you really couldn’t take a bad photo of that man.

So I got one of these beautiful wall hangers for myself.  I decided on the iconic shot of E.T. flying across the moon. And when it arrived it was stunning and once hung, immediately turned me into a five year old child again. I smiled, wet myself and went for a nap. It’s a lovely feeling to have something hanging on your wall that you can be proud of and not embarrassed because shell suits haven’t really come back into fashion again and I don’t think they ever will at this stage. The reason these stills look so good is because Classicstills.com produce prints from the original negative through the old fashioned wet chemistry process. As a big enthusiast of movie photography you can really see and appreciate the quality of the print that is achieved through this method. If you don’t care about those things then you probably think vinyl records sound the same as CD’s and that’s fine but you’re wrong.

Classicstills.com are a one stop shop as they produce and frame every print in house which is delivered with a certification of authenticity and each print is also individually numbered as they only produce so many prints of one particular image which automatically makes them special and precious. The glass they use to frame them is even special glass that prevents fading of the image. We never had that on any of our embarrassing family snaps!

Visit classicstills.com by following this link.

Of Places | The Photography of Art Wolfe

E.T. is my Childhood, or, How the Extra Terrestrial Gave Me All the Feels

Do Film Reviews Matter Anymore? I Watched A Monster Calls to Find Out

Back to the Future – What it Means for the Present