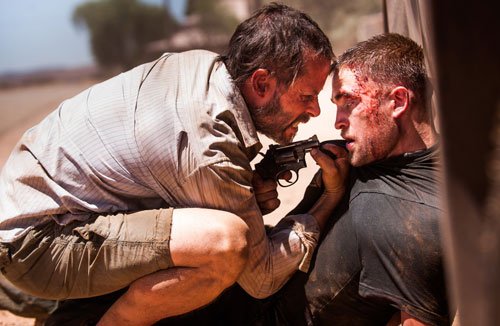 It’s best to think of The Rover as a not quite Apocalypse movie. Guy Pearce plays a man trying to track down his stolen car for reasons he won’t explain (there are other cars). He joins/kidnaps the simpleton brother of one of the thieves, played by Robert Pattinson. Off he goes to take back what’s his, killing whenever expedient.

It’s the anti Mad Max. It’s set in Australia ten years after ‘The Collapse’ but there are still some remnants of society. People still use money, have electricity and fuel. At no point do people seem very hungry or thirsty. The government is still attempting to exert some influence but the events take place in a lawless, failed state as opposed to a cannibal’s playground.

At one point the main characters check into a hotel. This raises the question; ‘How fucking out of line is Guy Pearce behaving?’ In a world that still has shops, railways and power grids most people presumably behave themselves. Are we meant to be watching a pair of psychos? Who could open a hotel if the place was a Hobbesian Hellscape after all?

The film is less concerned with cooperative society than raw self-interest. It’s bleak. There are moments of futile tragedy here as the bonds between people break down or rather, are torn apart. The burned Ozzie landscape is a suitably nasty backdrop to the story. The soundtrack too is all hums and grating, There Will be Blood style soundcapes. People are killed, a lot of people, for little or no reason at all. 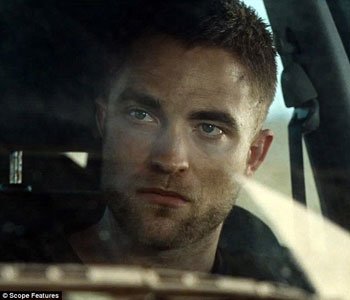 As good as R-Patz is at playing an incomprehensible redneck he suffers from the fact that, all said and done, he’s Robert Pattinson. Any time he’s on screen you’re looking at a beautiful person with fake bad teeth doing his ‘Simple Jack‘ bit. It’s a little unfair as he does a pretty good job here but when he’s on screen you still feel like you’re watching someone’s career move, not a character.

Here’s the kicker; without spoiling anything, the film ends in an absolutely ridiculous way. The final scene is literally a pun. Ba Dum Tish. Cut to black. It’s bizarre and prompted laughter at the screening I attended.

For all its attempts to stay grounded the movie is proof that you can be stark, brutal and silly all at once.

The Rover will be released in Irish cinemas on August 15th.

Film Review | High Life (or Lust in Space with R-Patz)