The Showreel 3 [feat. Mad Max: Fury Road and much more] 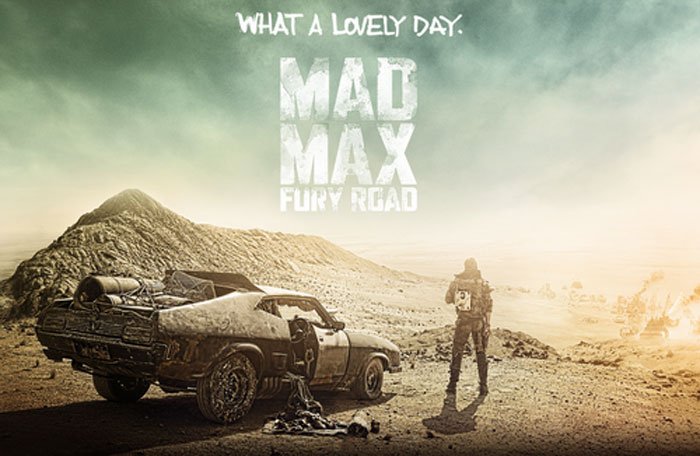 Our weekly look at the latest news and trailers from the world of film features a furious road, Seth Rogen looking at a nudey James Franco and everything you need to watch to have a productive week doing nothing.

Welcome to The Showreel. 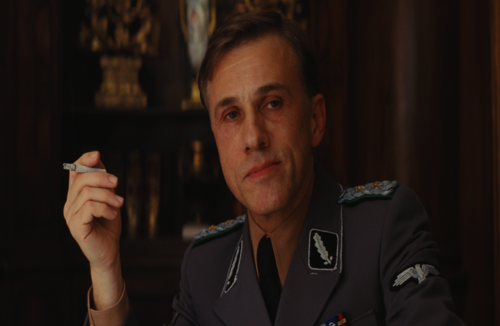 Rumour has it that the excellent Christoph Waltz is to play the baddie in the new Bond movie, currently titled Bond 24 although I’m sure they will come up with something better than that. The Oscar-winning star of Inglorious Basterds and Terry Gilliam’s wonderfully odd The Zero Theorem will play a character who is supposedly heavily conflicted with a production source stating that “It’s not immediately evident whether the part’s friend, or foe, or a bit of both”. Bond 24, or To Bond or Not to Bond as I will call it until they come up with something better is to be directed by Skyfall’s Sam Mendes and will star Daniel Craig as Bond, along side Ralph Fiennes as M, Naomi Harris, Ben Whishaw and WWE behemoth Dave Baustista as, I assume, the cuddly comic relief. Should be out in October 2015.

pcoming release of The Interview imminent (Feb 2015 – watch the trailer here), stars James Franco and Seth Rogen have decided to get butt naked together and wander around a woods. Oh, and film the whole thing for Discovery Channel and their show “Naked and Afraid”. To say this bromance has been bubbling is an understatement, in fact it’s a full on committed relationship… which is cute! The stars of This Is The End and Pineapple Express have been making films together since they first worked on Freaks and Geeks, the 1999 TV show created by Paul Feig with Judd Apatow as producer. Whatever you make of male nudity, this episode of “Naked and Afraid” should be one to watch. Also, The Interview looks fantastic!

After the success of last year’s summit the Irish VFX and Animation Summit returns to Dublin this month with a vast array of speakers and screenings aimed at introducing more Irish people into this growing industry. What will be super cool is the screening of the fantastic Interstellar with none other than the visual effects crew led by Eugenie Von Tunzelmann, CG Supervisor of the Christopher Nolan epic. Check out the website here for info and screening times. 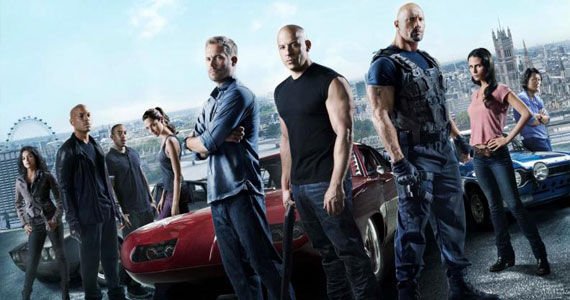 After the tragic loss of Paul Walker during the filming of the upcoming Furious 7, it seemed it would be the end of the successful if somewhat gimmick laden Fast and Furious franchise, however Universal, who own the franchise, have stated they intend to make another three films post-Walker, regardless of the fact that not long after his death they, along with most of the cast said it would not be right to continue on. It seems money that the franchise money still has some great money stories to tell and it money should be possible to money introduce many money new characters and great stories money despite the loss of Walker. I’m not cynical at all and thoroughly look forward to the continuation of this great series.

Paddy O’Leary takes a look at a few trailers peaking his interest:

“Bound by a shared destiny, a teen bursting with scientific curiosity and a former boy-genius inventor embark on a mission to unearth the secrets of a place somewhere in time and space that exists in their collective memory as Tomorrowland”

Brad Bird (The Iron Giant, The Incredibles, and Mission Impossible – Ghost Protocol) teams up with Damon Lindelof (World War Z, TV’s Lost) in a Sci-Fi that boasts a very strong cast. Britt Robertson, probably best known for her TV work in Life Unexpected and Under the Dome, plays destiny-sharer with George Clooney, probably best known for being George Clooney. With a strong supporting cast including Hugh Laurie, Judy Greer and Keegan-Michael Key (of Key and Peele fame) as well as the impressive writing pairing above; this one definitely has potential. This hits American cinemas in May 2015.

“An apocalyptic story set in the furthest reaches of our planet, in a stark desert landscape where humanity is broken, and almost everyone is crazed, fighting for the necessities of life. Within this world exist two rebels on the run who just might be able to restore order.”

George Miller, director of the original Mad Max trilogy, is currently in post-production of a reboot, rather than a remake, of the 1979 classic. Tom Hardy (Inception, The Dark Knight Rises) replaces Mel Gibson in the titular role of Max Rockatansky. He is joined on the billed cast by Oscar winner Charlize Theron, Nicholas Hoult and Zoë Kravitz.

His last three outings in the directorial chair have been Babe: Pig in the City, Happy Feet and its sequel; the trailer is flat-out mayhem and looks to drive home the fact that Miller is back to his old tricks and is not holding back. This should be an action-packed Goliath when it arrives in the US May 15th next year.

So What Films are on TV this week?

“The story of the American bomber crew of the “Memphis Belle”, the first US airmen to complete a full tour of 25 missions during the air battle of Europe during the Second World War.”

It’s full of clichés, over-the-top romanticising about the honour of war, and a full on serving of sentimentality but Memphis Belle still takes hold of you and the entire second half of the movie is really gripping stuff. The good ensemble cast includes Matthew Modine, Eric Stoltz, Billy Zane and Sean Austin and considering it’s based on a true story and involves killing Nazis then what’s not to like?

“A young genius frantically races against time to crack an enemy code and solve the mystery surrounding the woman he loves.”

The entire story of how the Nazi enigma code was broken is truly one of the greatest feats of mind-blowing genius that any one film is never going to do it justice. And with the release of The Imitation Game BBC4 have decided to show this fictionalised version of the story of the code breakers of Bletchley Park. Dougray Scott plays a troubled genius mathematician who must not only destroy the Nazis but find out what happened his woman. A tough ask but the film is full of twists and turns and acts more like a classic espionage film than any sort of historical epitaph.

“Tucker & Dale are on vacation at their dilapidated mountain cabin when they are attacked by a group of preppy college kids.”

This is a movie I nearly put onto my Halloween movie list last month, it takes a conventional horror movie premise and basically dicks around with it.

Tucker, played by the great Alan Tudyk (TV’s Firefly, Suburgatory), and Dale, portrayed by Tyler Labine (Rise of the Planet of the Apes, TV’s Reaper), decide to holiday in their secluded wood cabin. A bunch of preppy college kids visiting the area believe the two are murderous hillbillies; gory hilarity ensues. Each side thinks the other are the embodiment of evil and must try to survive as a series of unfortunate incidents lead to bodies showing up dead. Great fun and definitely worth staying up late for.

It’s almost sick how cool this film is. Everything works. Everything is slick and the payoff at the end is worth every second. And that includes Don Cheadle attempting a cockney accent! Steven Soderbergh has made many a film and used the three Ocean’s movies to help finance some great independent features through his production company Section 8 including Good Night and Good Luck, Syriana and Michael Clayton, all of which deal predominantly with serious political and geo-political topics. Ocean’s Eleven however is just a simple heist film and a great way to pass a few hours!

“Set in Depression-era Franklin County, Virginia, a trio of bootlegging brothers are threatened by a new special deputy and other authorities angling for a cut of their profits.”

Directed by the fantastic John Hillcoat (The Road, The Proposition) and written by Nick Cave (the awesomeness that is Nick Cave), Lawless was their first foray into the Hollywood machine, leaving the independence of their previous films behind and in doing so receiving the money to collect a fantastic cast including Tom Hardy, Guy Pearce, Jessica Chastain, Gary Oldman, Shia LeBeouf, Jason Clarke and Mia Wasikowska. Although the film received mixed reviews it underpins Hillcoat’s style with the dusty frontier style of 30s America the perfect landscape to tell his story of violence and nature. 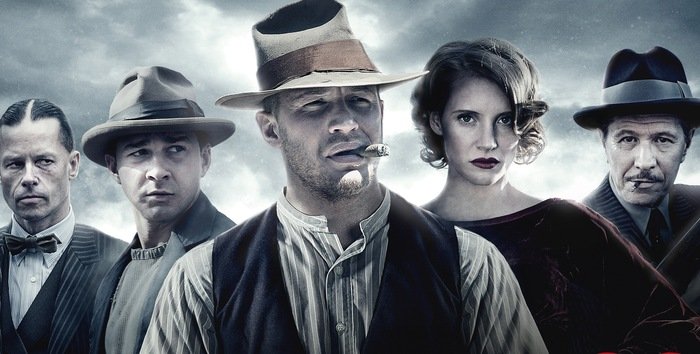