It’s usually a mug’s game to search for scientific accuracy in Hollywood blockbusters. Whether it’s the geology of The Core or the astronomy of Armageddon there’s always plenty for people who know the field to get infuriated about. One of the worst offenders are computers, which in movies are frequently transformed into magic boxes capable of any plot convenience a writer is too lazy to develop naturally. [1] Among this pile of dross, it’s always a delight to find a diamond – clearly written by someone who knew what they were writing about and cared enough to make it accurate. One of the best of those films is Sneakers. 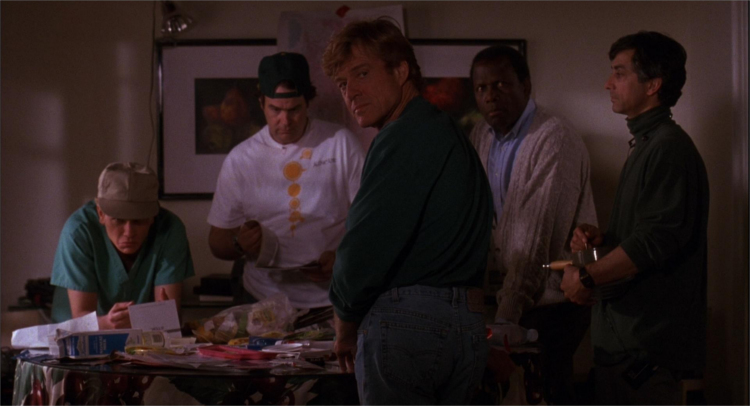 A side-effect of that solid research and grounding is that rather than being dated by twenty five years of technological progress, the film instead remains pretty accessible to modern audiences. [2] Robert Redford leads a motley crew of “sneakers” (described by one tagline as “a burglar, a spy, a fugitive, a delinquent, a hacker, and a piano teacher”) who test the security of systems by trying to break into them. Considered far-fetched at the time, nowadays penetration testing like this is a multi-million dollar industry. Even several of the techniques the team use are still used today. The most obvious is the social engineering angle, where they target an employee based on his online dating profile in order to facilitate a break-in. The writers (who also wrote the computer-centric WarGames ten years earlier) were smart enough to realise that humans are the weakest link in any security system, and that’s not something that’s ever going to change.

It’s the cast that really elevate this movie to the next level. Robert Redford and Sidney Poitier are the heavy hitters, of course, as the former student hacktivist turned fugitive and the ex-CIA strategist with the murky past. But the rest of the actors also elevate what could be one-note stereotypes up into fully formed characters. Dan Akroyd is perfectly cast as a conspiracy theorist with a knack for burglary, and he and Poitier make a surprising but entertaining double act. Mary McDonnell as Liz and David Straithairn as Whistler the blind hacker both show the acting chops that would see them remain audience favourites in both movies and TV shows for decades to come. But it’s River Phoenix, only a year before his tragic death, who does the most with the least. It would be easy for his novice sneaker Carl to come off as irritating, or creepy, but Phoenix imbues him with a genuine likability and innocence that turns a bit part into a memorable part of the movie. 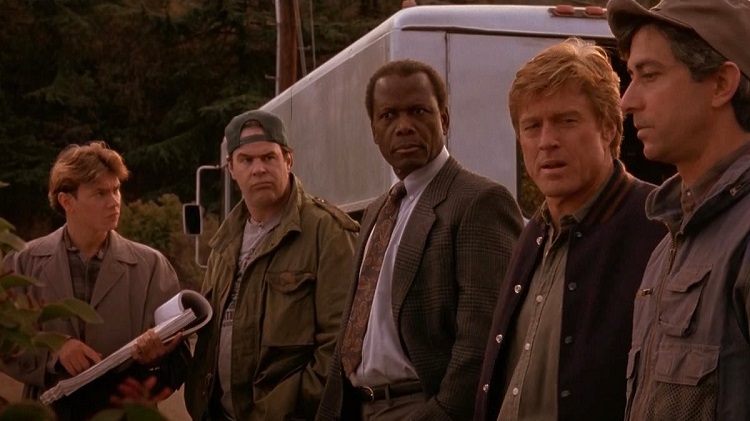 The same type of likability really runs through all the characters, and it’s clear to see that all the actors had an absolute blast making this movie. Stephen Tobolowsky, who plays an employee that gets targeted as a “weak link” by the Sneakers, commented that it was one of the most fun movies he’d ever been a part of. Like most of the cast he was encouraged by the director Phil Alden Robinson to improvise, something which adds immeasurably to the spontaneity of their reaction. When Redford and Ben Kingsley talk they come off exactly like the old friends reunited after years apart that they’re suppose to be. It’s this camaraderie that made the film a hit and though some critics were dubious the film raked in over a hundred million dollars at the box office, three times its budget.

“The world isn’t run by weapons anymore, or energy, or money, it’s run by little ones and zeroes, little bits of data. It’s all just electrons…It’s about who controls the information. What we see and hear, how we work, what we think… it’s all about the information! 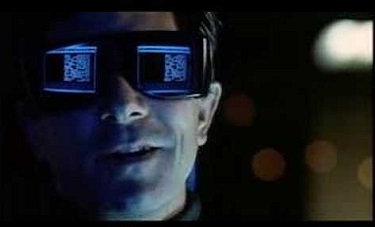 One of the biggest piece of Sneakers to remain relevant is the MacGuffin that drives the entire plot: the magic codebreaking “Setec Astronomy” box. Perhaps this is because, unlike most MacGuffins, it’s something that could actually exist then, and does almost exist now. Though the film never gets too far into explaining cryptography, it’s entirely correct in the pieces of maths it shows. In fact, Professor Len Adleman (one of the inventors of modern RSA encryption) was a technical consultant on the film and was the one who created those equations. [3] Modern encryption is based, effectively, on equations involving very large numbers that would take an unfeasibly long time to solve without already having part of the solution (the “key”). A way to solve those equations much faster would effectively render that encryption obsolete. In the film it’s a mathematical formula encoded on a computer chip, but nowadays real life has almost caught up with the fiction. Quantum computing, using sub-atomic effects to vastly magnify the processing power of a computer, offers a potential way to break all modern encryption. Experts say it’s not a matter of if but when that’s going to unlock all the doors, and “when” is sooner than many of us might like. Though research on quantum-proof cryptography is also underway, it’s not going to help everything that’s already been grabbed and is being held against the day that it can be decrypted. Too many secrets? Not for long.

Images via HiDef Digest, Letterboxd, and the film’s trailer.

[1] One of the most laughably dated pieces of relatively modern cinema is the email scene in Mission Impossible, clearly written and designed by somebody who had never actually sent an email.

[2] There’s even movement afoot to create a modern TV series based on the movie.

[3] He took the job because his wife wanted to meet Robert Redford.

Let’s Be Unambiguous, There’s No Middle Ground To Sexual Violence